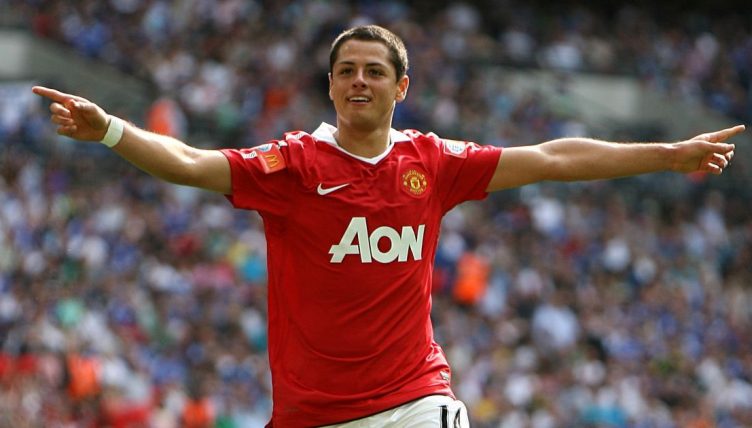 Javier Hernandez needed just 31 minutes to find the back of the net for Manchester United in 2010 with the sort of goal few, if any, have ever scored.

Chicharito’s move to Manchester United was one of those rare modern deals that seemed to get wrapped up without any build-up, and once the 2010 World Cup got underway we couldn’t help but wonder why.

The Mexican announced himself in South Africa, scoring El Tri’s opener in a shock win over France and adding another goal in the controversial second-round defeat to Argentina. There might have still been question marks over how quickly he’d be able to translate that into goals in England, but he made sure there was nothing to worry about there either.

Both World Cup goals gave us glimpses of his game in different ways. The strike against Argentina demonstrated a change of direction which would serve him well in England when it came to escaping tight markers and creating something out of nothing.

The deadlock-breaker against Les Bleus, meanwhile, highlighted an element of his game which would prove more important: the movement he made when no one was looking.

As part of a United side whose most dangerous attacking outlets were very familiar to opponents, having someone capable of sneaking in unannounced could prove crucial. And sure enough, it didn’t take long for that to be the case.

We were given more of a flavour of Chicharito’s abilities in pre-season when United fans eager for a glimpse of their new signing were the only ones playing especially close attention.

He scored twice against foreign opposition, including a goal against the MLS All-Star XI which saw him once again beat the offside trap so comprehensively you wondered why the other team had bothered with one to begin with.

Goalkeeper Nick Rimando had marshalled by far the best defence in the MLS regular season, conceding just 20 goals in 30 games, but he was helpless to keep out United’s new man.

Confidence clearly wasn’t an issue going into the new campaign, and we’d soon learn luck wasn’t an obstacle either.

Hernendez made his domestic debut in the 2010 Community Shield, with United taking on Chelsea after Carlo Ancelotti’s club had won the domestic Double the previous year.

The match was rare for its lack of new signings on display – no new arrivals started for either team – but the Mexico striker entered the fray in the second half, with United new man Chris Smalling and Chelsea recruit Yossi Benayoun taking to the field a little later on.

It’s rare for any event in the Community Shield to leave much of a lasting impression, but then again it’s rare to see a goal quite like the one put away by Chicharito in the 70th minute.

As with the other efforts mentioned in this piece, it relied on him making a run subtle enough to go unnoticed by the man or men who were supposed to be marking him.

Unlike the other efforts, though, the finish itself would not be easy, or even necessarily possible, to replicate.

Watching it in real time, you’d have been hard pressed to figure out what happened because, well, it’s not the sort of thing you’ve likely seen before or since.

It’s hard to stop something when the player himself can’t realistically explain what he did or how he did it. You could ask him to try the same thing 100 times and he’d be more likely to cleanly find the back of the net while attempting to do the opposite.

It takes a special sort of confidence to pull off something like that and not even be a little bit humbled by it. It was Hernandez’s way of saying, “I’ll have plenty of time to be embarrassed after I retire.”

He built on that, too, with 20 goals in his first United season and double figures in each of the next two.

Perhaps it was an act of overcompensation. Maybe he had to work harder, to fight that bit more, just to ensure he was never known as the lad who smacked the ball into his own face.

If that’s all it took, we’re not going to complain.