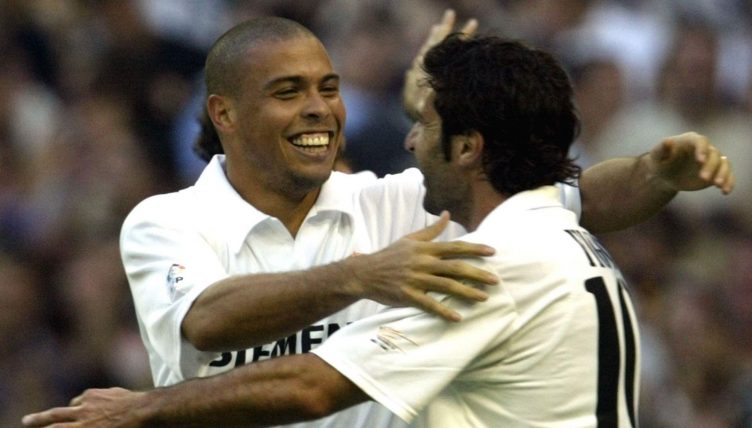 Injuries had started to take their toll on Ronaldo by the time he joined Real Madrid, but he still made a huge impact at the Bernabeu – not least on his debut.

Both Fabio Cannavaro and James Rodriguez had starred at the tournament before moving to the Bernabeu, and you sense Perez would have moved for Player of the Tournament Luka Modric in 2018 if he wasn’t already in the Spanish capital. Before all of them, though, there was Ronaldo.

Real Madrid were hardly in terrible shape back in 2002. They had just won the Champions League thanks to Zinedine Zidane’s volley against Bayer Leverkusen, making up for their failure to beat Barcelona to the domestic title.

They were in a contradictory position of the ‘Zidanes y Pavones’ project working by virtue of the European title but letting them down domestically, which meant that either way you shook it they needed to spend.

Ronaldo might have missed the bulk of the previous three seasons due to injury – he played more times for Brazil than for Inter in 2002 – but he was undoubtedly one of the world’s best, or would be if he could stay fit.

After all, this was a man who hadn’t just won the World Cup for his country: there was a strong argument that, without him there, Brazil wouldn’t have come close. He scored in all but one of his country’s matches, and no one else from either side scored in the Selecao’s semi-final or the final in Yokohama.

Put simply, it was Ronaldo’s tournament, and a Ballon d’Or was imminent, so why would this iteration of Real Madrid need anyone else? It didn’t even need to work immediately, but it absolutely did.

Real Madrid’s fans had to wait until October to see their new recruit, with injury keeping him out of the first three games of the season.

Los Blancos picked up seven points from those games and looked impressive in attack, and this may have made it easier for manager Vicente del Bosque to give the Brazilian time to reach full fitness, only introducing him as a substitute on debut.

However, Ronaldo was in no mood to waste any time. He knew as well as we did that his cruciate might go again at no notice, so the best solution was to score as many goals as possible before his body betrayed him again.

He replaced Javier Portillo as a substitute in the 63rd minute. In the 64th, he scored his first goal, helping set up an attack with a run down the left before collecting Roberto Carlos’ cross on his chest and giving Richard Dutruel no chance from close range.

In peeling away and letting the ball sail over the heads of two Alaves defenders, Ronaldo showed the difference between him and others: while they were focused on attacking the ball, he was eyeing up his next opportunity to score, treating the ball with a ‘build it and they will come’ mentality.

With such certainty in the build-up, Ronaldo was never likely to fluff his lines when it came to finishing the job, hitting the shot with the venom of a movie tough guy dispatching the villain and making his escape. Hell, he even manages to arc his body so it’s in the ideal position to run straight into a celebration with the man who laid on the goal.

#OnThisDay 15 years ago, @Ronaldo marked his @realmadriden debut with a brace v Alaves at the Bernabeu! ⚽️🇧🇷⚽️#LaLigaHistory pic.twitter.com/nIHroMwUwU

If the first goal was take-no-prisoners ruthless, the second somehow hits the ‘there’s no way we could have stopped this’ sweet spot even harder.

The three-man attack of Ronaldo, Luis Figo and Steve McManaman moves with such pace and such fluidity it looks like they’re skating through while the Alaves back-line scrambles to stay upright on the ice, culminating in the desperate slides from two defenders in a doomed effort to keep out the Brazilian’s strike.

One of the biggest complaints about turn-of-the-century football video games was the lack of realism, with claims that no one really moved so smoothly and with that sort of speed while also applying those qualities to their shots. With this goal, it felt as though Ronaldo had taken such suggestions as a personal affront.

Sure, he can produce the awkward beauty of the chest control and finish for his first goal, but the near-robotic dominance isn’t to be sniffed at either. There aren’t many players who can hit 20 or more goals a season with each one of them being a goal out of nothing or a strike reliant on one’s own unique instincts, but being unable to produce such a thing won’t help you reach the top. 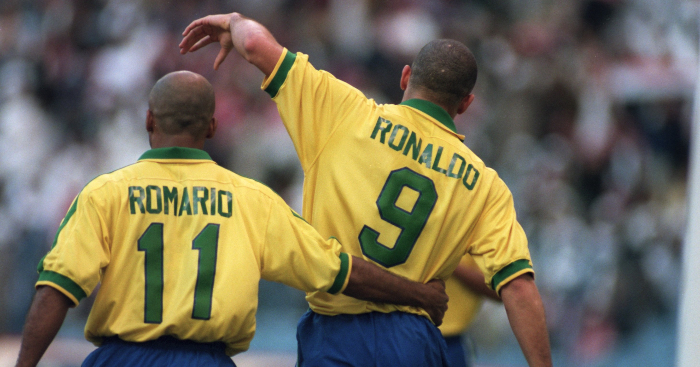 Ronaldo ended that first season with 30 goals in all competitions, including a memorable Champions League quarter-final hat-trick against Manchester United, and managed to reach the 100-goal mark for Real Madrid before injuries got in the way once more.

When people look back at his career, there’s always an unfair tendency to look at the player he became rather than the one he was at his peak. In order for someone to fall so far, they need to have first ascended to the summit.

Ronaldo might have been more unstoppable earlier in his career, but that first season at Real Madrid remains an example of a player having superstar status foisted upon him and showing why he deserved it at the first time of asking.

READ NEXT: Gigi Simoni: I never asked Ronaldo to run, he just needed to play