Istvan Kozma: The man Souness turned to after rejecting Cantona at Liverpool 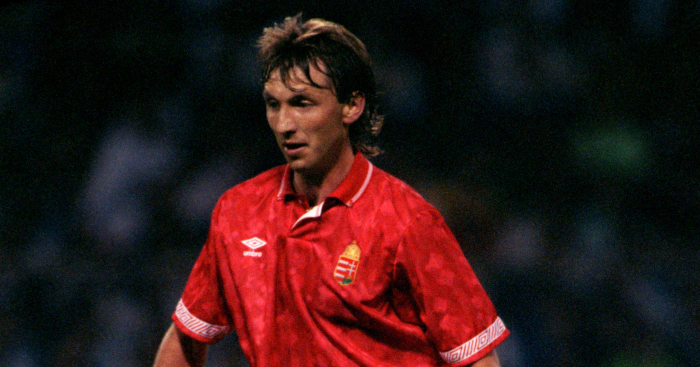 Souness made far more egregious mistakes after replacing Kenny Dalglish as manager at Anfield in 1991, but failing to heed Michel Platini’s advice and sign Eric Cantona became one of his most symbolic mishaps.

Having inherited an ageing group of players that had dominated European football for much of the previous two decades, Souness opted for revolution over evolution after encountering some resistance to his disciplinarian measures, as well as a number of players over the age of 30 hoping to sign one last big contract.

Souness’ reshaping of the squad continued into the season, with Rob Jones arriving in October. Later that month, Liverpool travelled to Auxerre for the first leg of their UEFA Cup second round clash and were soundly beaten 2-0.

Two weeks later, Liverpool produced a stirring comeback, winning 3-0 at Anfield in a rare highlight for Souness The Manager. But the apathy towards his team was already evident, with only 23,000 fans in Anfield that night.

After the match, Souness was approached by then-France boss Michel Platini. “He said he had a player for me, a problem boy but a proper player,” Souness told The Sunday Times in 2017.

“It was Cantona, but I said the last thing I needed was another problem player. I had 30-pluses I was trying to get out, so I didn’t need more hassle. I said I was looking for something else and so it was no thanks.”

Graeme Souness has admitted that he turned down the opportunity to bring both Peter Schmeichel & Eric Cantona to Anfield.

Souness, having signed Michael Thomas and sold Steve McMahon in December, once again turned to the transfer market. He went even more leftfield than Cantona, spending £300,000 on Dunfermline midfielder Istvan Kozma.

Kozma had impressed in his three years at Dunfermline, so much so he was asked to represent the Scottish League in its Centenary Match against Scotland in 1990. But with Liverpool well off the pace in the title race, he wasn’t exactly the inspirational signing required – as evidence on the pitch quickly showed.

“Istvan ran quite fast and had a little trick or two but make no mistake he was absolutely sh*te,” Mike Nevin wrote for The Anfield Wrap in 2017. “Not only were his telegraphed step-overs and dummies likely to see him on his own arse, Istvan was also a f*cking coward. For every tackle Tommy Smith made in his Liverpool career, Istvan pulled out of one – in a total of 10 games.”

Big moment here for Istvan Kozma.
Free-kick right on the edge of the box and on he comes as a sub.
Will he score?
FFS Molby#LFC #YNWA #LiverpoolFC pic.twitter.com/eIcLDH3meP

While Cantona added the final element of flair as Leeds claimed the title, Kozma was quickly found out and watched on from the stands as Liverpool beat second-tier Sunderland in the FA Cup final.

The following season started with Kozma coming on for the final seven minutes of the Charity Shield, just in time to watch on as Cantona completed his hat-trick in Leeds’ 4-3 victory.

He had to wait over a month for his next first-team appearance, when he was introduced at half-time of a League Cup tie against Chesterfield with Liverpool already 2-0 down and facing embarrassment. Suspicions Kozma was cursed would have been justified when Chesterfield made it 3-0 just minutes later, but then something just clicked for the Hungarian – for the only time in his Red career.

Playing from the right-hand side of midfield, he provided two assists and was also involved in a third goal as Liverpool scrambled to a hectic 4-4 draw in the first leg. (The highlights of which are worth watching for Mark Wright and David James’ hilariously inept defending alone.)

“That night, in front of just a few thousand of us with bleeding eyes, Kozma ran the show as if inspired by a full house,” Nevin noted for The Anfield Wrap. “He was unplayable down the right, as though visited by the spirit of Stanley Matthews and Tom Finney. To be honest, no-one knew what the f*ck had happened to him. Had he found out in the week he was the illegitimate son of Ferenc Puskas?”

The answer to that question was a resounding no. Kozma was rewarded for his efforts with a seven-minute cameo off the bench as Liverpool were beaten 3-2 at home by Wimbledon. And that was the last time he was seen in a Liverpool shirt. Such was his lack of playing time on Merseyside he failed to be granted a new work permit and was released to return to Hungary in July 1993.

Despite playing just 10 times in over a year at Liverpool, he managed to leave a lasting legacy at Anfield. In 2017, he was named the club’s worst ever central midfielder with a resounding 70% of the vote on Friends of Liverpool, 10 years after The Times had ranked him number four in their list of the worst Premier League players ever.

Still, what did Eric Cantona ever go on to achieve? Oh, right…