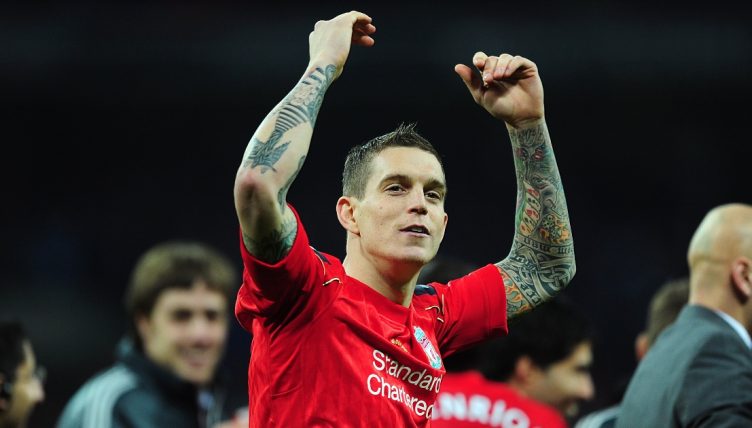 In the modern-day game, it takes a special player to endear himself to supporters both on and off the pitch. But Daniel Agger certainly managed to do it at Liverpool.

The Danish centre back was a relatively unknown prospect when he arrived in January 2006, but that would soon change. Agger helped his side to both FA Cup and Community Shield success within his first year on Merseyside, and it didn’t take long for him to win the hearts of those in the stands.

At £6million from Brondby, he was actually the most expensive defender in Liverpool’s history at the moment. While that figure is now dwarfed by the signing of Virgil Van Dijk for £75million, it also shows how highly Rafael Benitez rated Agger.

Eight and a half years and 232 appearances later, there was no doubt Benitez was right in his assessment. Agger’s time on Merseyside may have been hampered by injury issues, but his passion for not just football in general but for Liverpool as a club and a city created an incredible bond between player and supporter.

While his career at Liverpool eventually fizzled out, he was a bright spark in a tough period for the Reds, and for that reason, that bond will never be broken.

The Dane was not built from the mould of no-nonsense, hard-hitting defenders, but he was a pleasure to watch at his craft. And despite not boasting a great deal of pace, his ability to read the game was second to none.

His ability to stride out of defence and pick out a pass, meanwhile, must have been a joy for his attacking team-mates. His cultured left foot was often the beginning of Liverpool attacks. And 14 goals in his time for the Reds proved he was more than capable of finishing them, too.

They weren’t all headers in the six-yard box either. Indeed, his first Liverpool goal saw him step over the halfway line to unleash a ferocious, swerving strike from all of 35 yards that left Roy Carroll rooted.

With fans now fully aware of what he had in his locker, cries of ‘shoooooot’ could be heard ringing around Anfield anytime Agger received the ball anywhere within 50 yards from the opposition goal.

And the Kop was to see almost a carbon copy of this strike in April 2009 against Blackburn, a goal which Agger dedicated to the 96 victims of the Hillsborough disaster. He was a player who always understood what it meant to play for the club.

Perhaps Agger’s most memorable performance in a red shirt came in the second leg of the Champions League semi-final in 2007.

A 1-0 defeat at Stamford Bridge in the first leg meant Liverpool had little room for error in the second, and with Agger considered at fault for Chelsea’s goal in the tie, it needed a big performance from the Dane at Anfield.

He duly delivered. He was a man on a mission. After having struggled to contain Didier Drogba in the first leg, he didn’t give the Ivorian a sniff at Anfield and scored the only goal,

sweeping home from the edge of the area following Steven Gerrard’s free-kick.

Liverpool went on to win the game on penalties and set up a meeting with AC Milan in what was a re-run of the famous Istanbul final in 2005.

Agger assisted Dirk Kuyt in the dying moments of the contest, but there was no fairytale ending on this occasion, of course, as they were beaten 2-1.

Still, while he didn’t manage to taste European silverware, Agger’s performances in the competition were testament to his ability to cut it with some of the world’s best.

Following the arrival of Brendan Rodgers as manager, and with injuries still hampering his chances to play, it became clear Agger’s Liverpool career was nearing its end.

And, in 2014, so it proved, but not before Agger signed out with his 14th and final goal in a red shirt in a 2-1 victory over Newcastle at Anfield as he bid farewell to the Kop.

Agger received offers to join both Manchester City and Barcelona during his time with Liverpool but never wanted to leave. He was loyal, and he loved the club.

And when Agger eventually was forced to leave, it was of no surprise that he returned to Denmark and his boyhood club Brondby.

“I wouldn’t leave here to go anywhere else and that has been proven by my actions in recent seasons,” he said.

With YNWA tattood across the knuckles of his right hand, it was fair to say nobody would ever have doubted Agger’s loyalty to Liverpool, but the man himself put it best: “Quickly, it was like I belonged, and the longer you’re in a place that suits you, the more it gets under your skin and becomes a part of you. The people, the place, just everything about it felt right.”