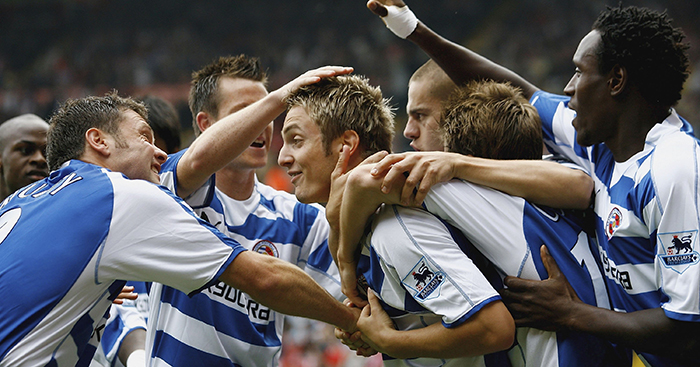 Reading’s history isn’t exactly full of success, but for a couple of years in the mid-2000s they were the envy of every small club in the country.

Until 2006, Reading had never once been in the top flight in their 135-year history.

They came close, finishing second in the First Division in 1995 when only two clubs were promoted to the streamlined Premier League – the Royals lost to Bolton Wanderers in the play-off final – but in the 10 years that followed they bounced between the second and third tiers without making much of an impact.

Relative success was enjoyed under Alan Pardew, who led the club to promotion from the Second Division in 2002 and then to a play-off place in the First Division the following season with players such as Marcus Hahnemann, Nicky Shorey, Matthew Upson, John Salako, Steve Sidwell, James Harper, Glen Little, Nicky Forster and Jamie Cureton in their ranks.

But then Pardew was wooed by and subsequently left for West Ham.

The man brought in to weather the storm? Steve Coppell. Despite having won the Second Division title the previous year with Brighton, he cited ambition as the reason for joining Reading.

While Brighton were improving, he never thought they’d be able to reach the Promised Land. 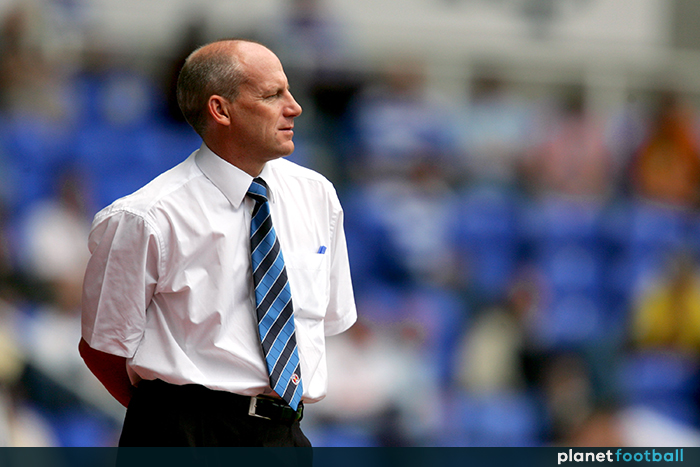 With Coppell came Shaun Goater, Dave Kitson and Ivar Ingimarsson, the lowest-key of the three arrivals but the one that would write himself into the club’s history books.

“I would say that Steve was the main reason I went to Reading,” Ingimarsson says, “but before I signed had a look around Reading and the Madejski, spoke to the people…I had a good feeling.”

His good feeling was justified: two and a half years later in May 2006 the Royals were promoted to the Premier League as champions with 106 points and an astonishing +67 goal difference.

Success built from the back

The squad would undergo major changes during those two and a half years, but when Ingimarsson was partnered at the back by Ibrahima Sonko, it was clear the Royals had a centre-half partnership good enough to lead them to the Premier League.

“Sonko was a big powerful person with very good character,” Ingimarsson says. “Even though we came from different places, we quickly got on very well and took that onto the pitch.

“When you play as a centre-half, you need to have good understanding and trust the person you play with and know what he is thinking. We had that understanding.

“We made up for what the other was missing and I think that was the key to our success together. We also had Wally Downes as our defending coach and he played a big part in shaping the way we defended.” 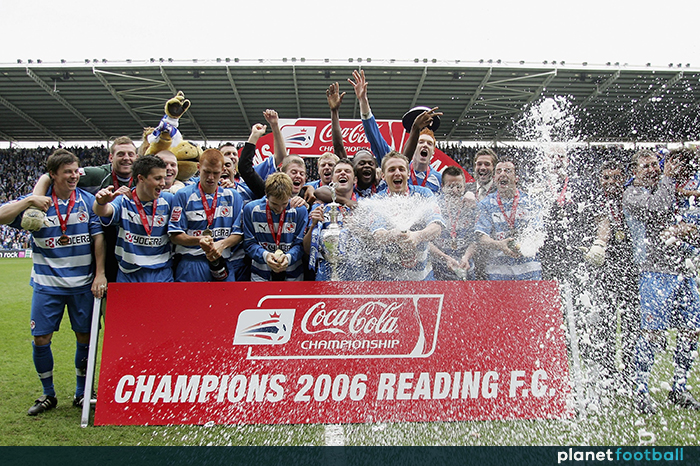 With Cureton, Forster, Martin Butler and Goater having all departed, Reading had initially struggled for goals to add to the platform provided to them by Ingimarsson and Sonko, but the signings of Kevin Doyle and Shane Long – for minute fees – to add to Kitson changed that.

Other notable additions including Leroy Lita, Stephen Hunt and Brynjar Gunnarsson. After defeat to Plymouth Argyle in the opening game of the season, Reading dominated the Championship from start to finish that term. This was an exceptional side.

“What a season!” Ingimarsson says. “That was my best memory at the club, reaching the Premier League.

“To have a season like that, all the things need to mix well together. The manager got the combination of players, staff and set-up right.

“There were young, talented players who had not made it at the top clubs, and then older players that had never played the top leagues. I think the players were out there to prove a point and sensed this season could be their time.”

Reading conceded just 32 goals in 46 games that season, and now Ingimarsson and co. had their chance to play in the Premier League.

“We won the first game in the Premier League against Middlesbrough, which was very important to prove ourselves and prove we belonged in the league,” Ingimarsson says.

“Most had predicted we would be relegated, but we stayed in the Premier League and ended in eighth!”

In fact, they missed out on the UEFA Cup by just one point. Twenty minutes into that game against Middlesbrough they were 2-0 down, but a sensational comeback proved to be only the start of a truly remarkable season. 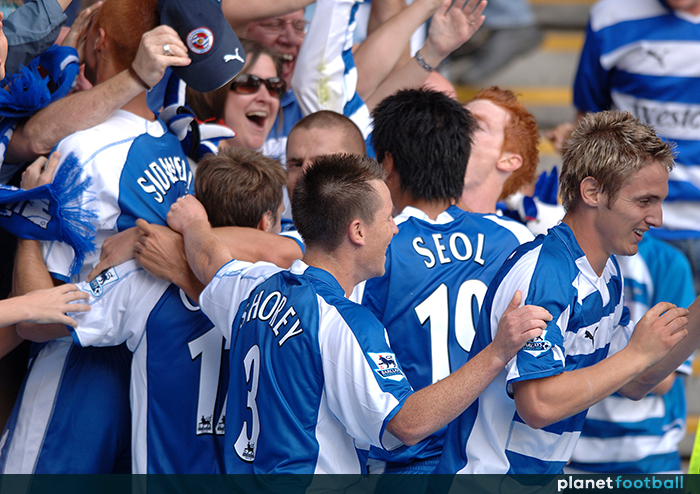 The Royals lost their next two games, to Aston Villa and Wigan, but took 10 points from 12 following that, beating Manchester City through an Ingimarsson goal, and holding Manchester United.

Coppell’s men went on to beat Tottenham, draw at Chelsea, put six past West Ham and complete the double at Manchester City. By any standards, it was a season to remember.

Though Ingimarsson typically underplays his side’s achievements, it was a remarkable achievement by a newly-promoted club, the sort rarely seen before or since in the Premier League.

John Madejski provided the club with the stadium and facilities they needed. Pardew instilled belief on the pitch, but it was Coppell that merged it all together to create something wonderful, something Reading fans can look back and be proud of.

Reading were relegated the following season, but 282 appearances and eight years after joining the club, Ingimarsson departed a legend.