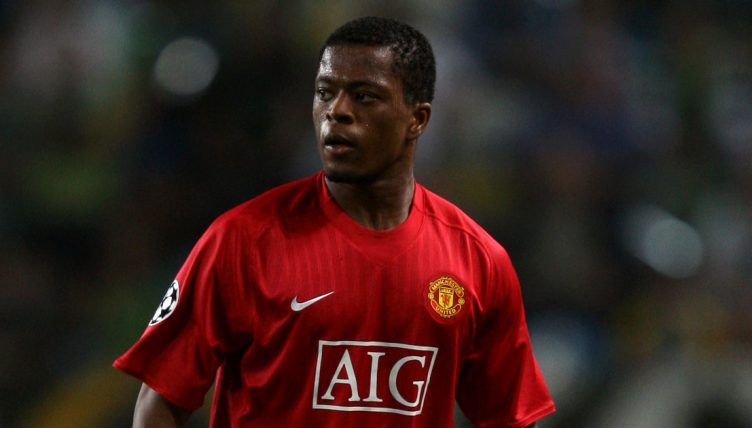 It is a mantra symbolic with legendary Manchester United left-back Patrice Evra, and is best when shouted down the lens of a camera: “I LOVE THIS GAME!”

The Frenchman has become a hit on social media since hanging up his boots in the summer of 2019, sharing clips of himself reacting to events in the footballing world and also some much, much weirder ones that are better left unseen (I hope you like raw chicken!).

But while openly shouting his adoration for football onto Twitter, Instagram and TikTok may be new, anyone who watched Evra in his pomp could tell you that this love affair was not a recent one.

In fairness, it is hard to believe there is a soul alive that would not fall in love with football playing in Sir Alex Ferguson’s iconic 2007-08 side. So while Wayne Rooney, Carlos Tevez and Cristiano Ronaldo greedily hogged the goals, assists and headlines, Evra thrived in the supporting cast.

When you have three leading men such as these, it is no surprise that even someone of Evra’s attacking prowess only mustered three assists in all competitions that season. But during their Champions League group stage clash with Dynamo Kyiv, he provided one of the greatest in the competition’s history. Or at least he would have, had Tevez decided to hit his shot with conviction.

Buckaneering down the left-hand side in typical Evra style, he played a neat one-two with Nani, drifting into the Dynamo box as he did. But the imposing figure of Pape Diakhate towered over the left-back immediately. Surely retreat was now the only option.

In one mind-boggling motion, however, Evra dragged the ball to the side with his left foot before slipping it through the legs of his Senegalese opponent.

I used to Meg people just for fun 🤩 at the end of the game , that defender say : evra you can’t do that to me I’ve got kids 😅😂🔥🙏🏽 #ilovethisgame #positive4evra @ManUtd #savage #manchesterunited #skills @ChampionsLeague pic.twitter.com/ZrDXx9N63t

It is a moment of such audacity and borderline unrealistic skill that the directors of some of the most famous football films would have sacked you on the spot for suggesting such nonsense be included. You know it must have taken two touches, yet separating them is an impossible task.

His following pass was perfectly weighted for Tevez to add his second of the night and make it 5-0. But he fluffed his lines, sending a tame effort straight at Oleksandr Shovkovskiy, robbing Evra of one of the finest assists the Champions League had ever seen. Frankly, the Argentinian is lucky he wasn’t taken to small claims court by his team-mate.

Thankfully for Tevez, Evra loves the game far too much to bother with statistics. That nutmeg will have brought him as much joy as any trophy. According to Evra, Diakhate even approached him after the game and said to him: “You can’t do that to me, I have kids.” You have to imagine the United man laughed very hard right in front of the Dynamo defender before grabbing him by the ears and screaming “I LOVE THIS GAME” into his face.

Even as Evra held ‘big ears’ aloft in the Luzhniki Stadium in May, John Terry still in tears on the pitch below, there was no doubt a small part of him still harking back to that disgustingly slick nutmeg.