An ode to Jens Lehmann: The maddest of the maverick keepers 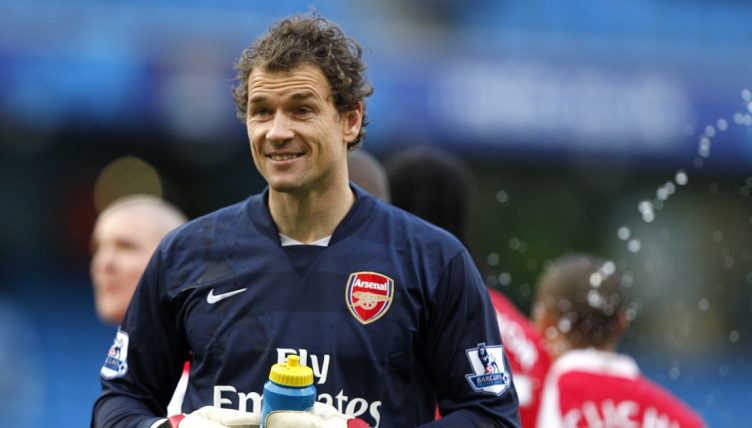 While it’s a cliche to suggest that all goalkeepers are inherent mentalists, former Arsenal stopper Jens Lehmann certainly lived up to the stereotype. In fact, he took the legend of the maverick goalkeeper to a place where none have dared to venture since.

In a time before the technical skills of Manuel Neuer brought the sweeper-keeper role into fashion, it was a commonly-held opinion that the best goalies were usually the biggest mentalists.

Before precision with the ball at one’s feet and chance creation were the remit of a goalkeeper, it was the man who could put his head in front of a flying knee, his face in the way of a stinging shot or his outstretched arms into a crunching challenge who won the most hearts in the stands.

The legend of the maverick goalkeeper had its roots in the story of Bert Trautmann breaking his neck in the 1956 FA Cup final but really took off in their eighties with the arrival of Rene Higuita and Jose Luis Chilavert on the scene.

But if they made eccentric goalkeeping the preserve of South American football, they were rivalled by a generation of rebellious and bullish stoppers in Europe which included Oliver Kahn, Fabien Barthez and the inimitable Jens Lehmann.

While it would be a criminal underestimation of their talents to suggest these keepers were known only for their madcap antics, they were certainly free spirits and staunch nonconformists who had reputations for being unpredictable for a reason.

Kahn was once sent off while playing for Bayern Munich against Hansa Rostock after going up for a corner and punching the ball into the opposition net with both hands.

Barthez famously allowed Paulo Di Canio to score while recreating one of the signature dance moves from Saturday Night Fever, while Lehmann once saw red while at Borussia Dortmund for shoving team-mate Marcio Amoroso, an error of judgement which made him the first Bundesliga goalkeeper to be sent off four times in his career.

If Barthez was known more for his pre-match rituals and unnecessarily risky dribbling, Kahn and Lehmann were men who seemed driven by a deep reserve of internal anger. Rivals for the No.1 jersey at international level with Germany, they also seemed to compete over who could be most full of rage on the pitch.

Kahn was famous for squaring up to strikers, grabbing adversaries by the neck and shoving people indiscriminately – team-mates and opponents alike – while Lehmann was more likely to seethe under the surface before exploding into a screaming fit or, where he deemed it appropriate, some sly act of retaliation.

That was how he came to earn the nickname ‘Mad Jens’ at Arsenal, an epithet he would live up to with the ultimate moment of madness at the Stade de France in May 2006.

There were warning signs that Lehmann’s simmering rage could be self-destructive well before that fateful night in Paris. The most famous was towards the end of Arsenal’s ‘Invincibles’ season of 2003-04, in the game which would see Arsene Wenger’s team crowned Premier League champions at White Hart Lane.

Though the Gunners managed to get the draw they needed to win the league that day, they would have had all three points were it not for a baffling miscalculation from the man between the sticks.

Having come under pressure from Robbie Keane at a corner, Lehmann grabbed his opponent by the head to concede a needless penalty which Keane duly scored. 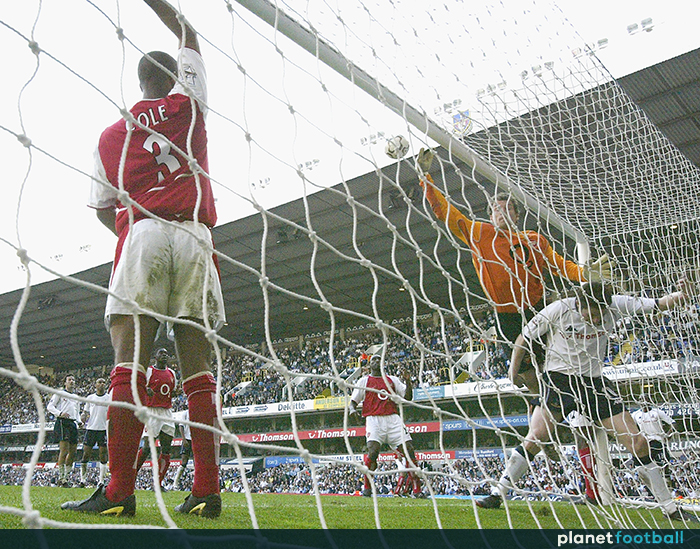 In truth, Lehmann always seemed more committed to his maverick status than any other goalkeeper.

Speaking to the official Bundesliga YouTube channel in 2015, former Dortmund manager Matthias Sammer said of Lehmann: “He wasn’t the easiest to work with. He was a real individual.”

There was always an air of unorthodoxy around the Essen-born stopper, while he was often characterised as uncompromising, argumentative and even supercilious behind closed doors.

While the rage of his rival Kahn manifested itself as a form of hyper-intense group leadership, Lehmann was more of a renegade with an incredible eye for the direction of the game.

At its best, his individualism was expressed in the form of an authoritative, incontestable command of his area, or even through a goalscoring cameo at a vital time in one particular Ruhr derby.

At its worst, it was expressed through his shaky disciplinary record; in Lehmann’s last season at Dortmund he received four yellow and two red cards, this only a year or so after receiving a four-match ban for booting SC Freiburg midfielder Soumaila Coulibaly off the ball.

When Lehmann was in his haughty pomp, he was a goalkeeper fit to marshal the Invincibles, even if that very same season he was charged with improper conduct for his confrontational behaviour during the ‘Battle of Old Trafford’.

He was a keeper whose incredible reflex saves and in-game intelligence saw Arsenal ship a mere 26 league goals that term, just as he would later go 853 minutes without conceding – chalking up 10 clean sheets – en route to the Champions League final in 2006.

Unfortunately, that final was defined by the self-destructive side of Lehmann’s personality rather than his masterful skill.

Watching it back now, his sending off after 18 minutes makes for truly fascinating viewing.

Lehmann: "As the referee showed me the red card, I felt like the loneliest person on the planet; I could not even muster the strength to complain. This could not be true, I thought, burying my face in my hands." pic.twitter.com/KKy6U2ByQb

In hindsight, so early on in the game, the rational approach would have been to delay Samuel Eto’o as long as possible and pray for the covering run of Kolo Toure to come quick enough, but in the split second after Ronaldinho’s threaded pass, Lehmann’s individual instincts kick in.

He comes screaming out of his box with his eyes on the ball, neither narrowing the angles nor complicating the finish. Instead he is caught in a losing foot race with Eto’o, and soon finds himself trudging miserably off the pitch.

There are some who might argue that Lehmann had only a moment to react to the situation and simply made the wrong decision, with little more to read into it.

Nonetheless, there is something striking about the sight of the supreme individualist stranded and alone in a contest he cannot win.

Whether or not it was Lehmann’s rebellious streak which made him reach out and topple Eto’o as opposed to letting the Cameroonian get the better of him, the German’s reputation proceeded him as he received the first-ever red card in a Champions League final.

He had taken the legend of the maverick goalkeeper to its logical conclusion and – while there have been many lesser goalies who have tried to pass themselves off as mavericks subsequently – it’s hard not to feel that Lehmann’s iconic sending off is the reason why eccentric stoppers haven’t been in high demand since.