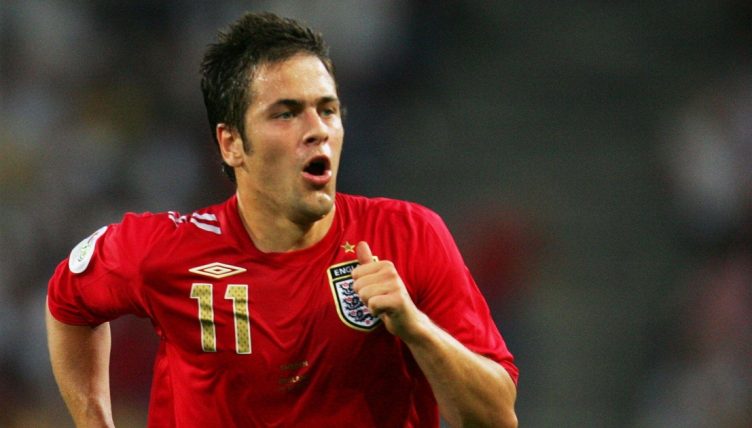 England have a long and chequered relationship with the World Cup but they arguably haven’t scored many great goals in the competition.

Michael Owen’s solo effort against Argentina in 1998, featuring the sight of a petrified Roberto Ayala with a trickle of urine down his leg as Owen sped past him, cannot go unmentioned.

Bobby Charlton’s ’66 thunderbolt against Mexico was pretty good too. And Raheem Sterling was responsible for a million spilt pints, and the sacking of the BBC scoreboard operator, with his spectacular almost-goal against Italy in 2014.

But England have traditionally huffed and puffed on the world stage, replacing inspiration with perspiration and suffering the consequences. Blood, sweat, tears and watching some skilful set of foreigners make off with the prize.

Joe Cole was different. His dipping volley against Sweden at the 2006 finals, arguably the best goal scored by England at any World Cup, was an ode to his immense talent.

Cole’s technically-brilliant strike, bringing the ball down on his chest before lashing his shot beyond Andreas Isaksson, produced an incredulous shriek from Clive Tyldesley.

It was something you’d expect to see from Brazil or Argentina. Not, with the greatest respect, from an England team that negotiated that World Cup with the finesse of a hippopotamus in an apple bobbing competition.

16 years ago today, @Carra23 had a go at giving Sweden’s back four the slip (didn’t quite come off), England lumped one into the box, and Joe Cole eventually took matters into his own hands. pic.twitter.com/jOorZZ03Jz

“I didn’t realise how far out it was at the time,” Cole said in 2018. “It was just before half-time and, when it is that close to half-time, you want them to go in or in the stands because you don’t want to give them the chance to break away.

“I’m not renowned for shooting from distance but I just hit it and it dipped at the last moment. I’m very proud of that goal, just disappointed we didn’t go on to win the game.”

England had already qualified for the knockout stages and, free of the monstrous pressure that accompanied them to Germany that year, produced their only highlights-reel moment of the entire World Cup.

It was also a fleeting glimpse of something else; the impish maestro with “the skills of a Brazilian,” according to Pele, that could leave opponents with twisted blood and gaping jaws.

And the player, having signed for Liverpool in 2010, had Steven Gerrard immediately proclaiming: “Messi can do some amazing things, but anything he can do Joe can do as well, if not better.”

Because Cole was supposed to become our magician, the player who’d drag England into a more technically-proficient age. And, despite his excellent career, he didn’t quite develop into the player we’d hoped for.

“I first saw Joe when he was 11,” said then-West Ham manager Harry Redknapp. “It doesn’t seem like five minutes ago but he was 11 years of age out there on the pitch at Chadwell Heath playing against Norwich on a muddy day.

“After about 10 minutes we couldn’t believe what we were watching. This kid was doing things which really were a different class.”

In 1997 Manchester United reportedly offered West Ham £10million for a 16-year-old Cole. His domestic debut, coming on as a substitute during an FA Cup draw with Swansea two years later, made national headlines. This was no ordinary young prospect.

Blessed with quick feet and more tricks than a Victorian street urchin, Cole wowed the crowds at Upton Park before switching to Chelsea in 2003.

There, under the unique man-management of Jose Mourinho, Cole morphed from a talented individualist into a serial trophy-winner who could produce on a consistent basis.

“He always used to dig me out and he used to dig a few of the others out,” Cole recalled in 2021. “He had us in after we got beaten at the Nou Camp and he sat down and went through us one by one.

“(He said): ‘You think you’re a top player? You froze at the Nou Camp you. You showed no balls. You’re a French international, you’re supposed to be good’. He went through and he absolutely crucified everyone.

But something else changed in Cole under Mourinho; the individualistic streak that England has so often lacked was suppressed, with team-work and tracking back valued just as highly by the Chelsea boss.

It worked at Stamford Bridge but Cole never became to England what Lionel Messi became for Argentina and Eden Hazard was for Belgium; the joker in the pack and the player to produce something special in tight tournament knockout matches.

“Joe was a top, top player and what he achieved in the game he should be proud of, but I also think that English football let Joe Cole down,” Jenas told BBC Radio 5 Live in 2020.

“I thought that we took out of him what was brilliant and god-given. I came across Joe when I was really young and Joe was one of those names that heard ‘wait until you see Joe Cole’, he was a massive name.

“When you came about him, ‘I get it’, he was like Ronaldinho when he was a kid. At West Ham, Harry (Redknapp) managed to nurture that and he still wanted him to be skilful.

“When he went to Chelsea, I just felt Jose (Mourinho) maybe took a little of that out of him, that confidence.

“He still went on to have an unbelievable career and won everything he won but at the same time, he was, in my opinion, the one thing English football was missing, that creative genius that we needed.

“I honestly think English football took that away from him. To play against him was a nightmare, strong, quick, technically very good, he could score a goal, worked his socks off. All the reasons why he had such a good career.”

His goal against Sweden, just after helping Chelsea retain the Premier League title, was a brilliant moment, yes. But, arguably, also a bittersweet one.

Because his outstanding goal in Cologne was a tantalising glimpse of what might have been.