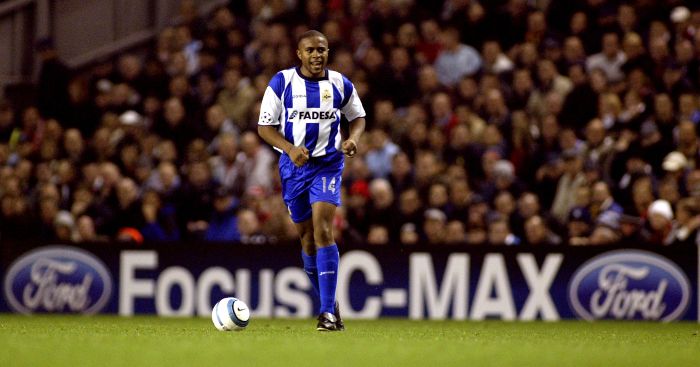 Jorge Andrade is grinning as he’s approached by referee Markus Merk. The Deportivo defender has just tripped up his Portugal team-mate and good friend Deco with three minutes remaining of the first leg of the Champions League semi-final against Porto.

Convinced Deco exaggerated the foul, Andrade tells him to get up before giving the midfielder a gentle tap on the back with his boot. Merk approaches, Andrade smiles. Merk reaches to his pocket, Andrade stops smiling. “He’s my friend! He’s my friend!” he tells the German. Merk brandishes a red card, Andrade looks like he’s about to burst into tears.

“He excused himself saying these were the rules and he had no option but to send me off,” Andrade says afterwards. “He’s German, a cold man, and he’s inflexible. This match was a fiesta for me and now I’m leaving with a tremendous sadness. And all for a friendly gesture.”

The first leg ended 0-0, but without Andrade at the back, Deportivo lost the second leg 1-0 as Porto reached the final. To make matters worse, Andrade’s replacement, Cesar Martin, conceded the penalty which Derlei converted to secure victory.

Andrade could be excused for looking back on 2004 as the year in which any luck he may have been able to count upon deserted him for the rest of his career.

Having been closely tracked by Sir Alex Ferguson and Manchester United when moving to Deportivo in 2002, April 2004 saw The Telegraph report that Chelsea had met with the player’s agent, a certain Jorge Mendes, to discuss a possible transfer. (The meeting also led to an official complaint from Porto due to suspicions the west Londoners were making an unauthorised approach for their boss, Jose Mourinho).

A move to Stamford Bridge failed to materialise, and Andrade instead spent his summer with Portugal at Euro 2004, lobbing his own goalkeeper, Ricardo, to score an own-goal in the semi-final and ensure a nervy finish in the 2-1 win over Holland. In the final, he started as Portugal were upset by Greece, losing 1-0 to the hosts.

Even just going in the vicinity of the centre-back could cause misfortune, as Wayne Rooney discovered when he broke his metatarsal in a challenge with Andrade as England’s hopes evaporated in the quarter-final. 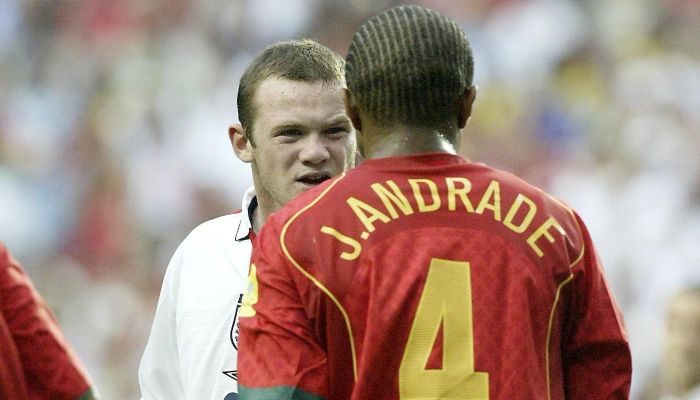 Back at Deportivo, Andrade continued to enhance his reputation as one of the best defenders outside Europe’s elite clubs, making him a must-buy for any of us who were playing too much Football Manager at the time.

There were further links with Chelsea in 2005, with Inter Milan, AC Milan, Real Madrid and Newcastle also credited with interest by AS. The player himself told the Daily Star: “I have a proposition from Newcastle via my club, but I would prefer Manchester United.

“I would go to that club with my eyes closed, it represents everything a player dreams about.”

Depor were adamant he was not for sale until after the 2006 World Cup, at which point club president Augusto Lendoiro hoped a strong showing would bump his price up to €25million.

But Andrade never made it to the World Cup. In a clash with Barcelona in March 2006, he was stretchered off after tearing the patellar tendon in his knee, having earlier scored to put Depor in the lead at the Camp Nou. He was sidelined for nine months with an injury that ultimately ruined the rest of his career.

A touch of class was still evident upon his return as he marshalled the defence in a 2-0 win over eventual champions Real Madrid in just his second game back. Indeed, he managed to play 22 times in La Liga before the end of the season, completing 90 minutes on each occasion and missing just one game, through suspension, after making his comeback.

Depor finished a lowly 13th, and it was time to cash in on one of their prized assets. After hoping to hold out for €25million, Lendoiro accepted a fee that would eventually rise to just €10million from Juventus, who were back in Serie A after a season in the second tier.

At 29 years old, Juventus hoped Andrade could bring the experience and expertise to fill the void left by Fabio Cannavaro and Lilian Thuram upon their demotion to Serie B. 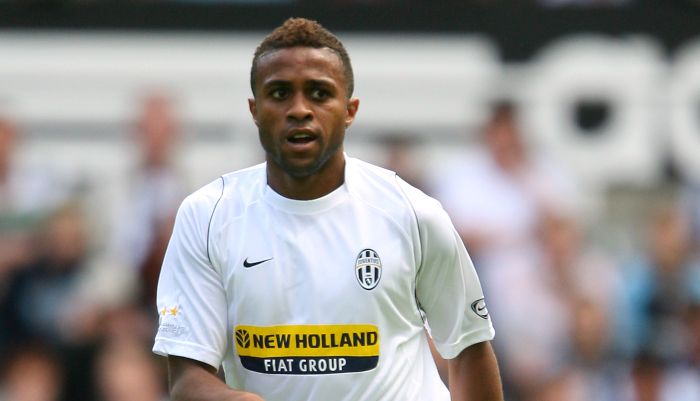 His Juventus career got off to a bright start when he registered an assist in a 5-1 win over Livorno in the opening Serie A match of the season, followed by further victories over Parma and Cagliari. The only blemish was a 1-0 defeat to Udinese.

If Andrade was in any doubt he was set to play out a luckless career, his fifth appearance for Juve must have made him face up to reality. In the 54th minute of a 2-2 draw with Roma, he suffered another serious knee injury, fracturing his knee cap.

Despite the gruesome nature of the blow, it was only meant to sideline him for four months, with a January return earmarked. But having initially undergone surgery in Marseille, he was forced to go under the knife once more in Lisbon, two months after his scheduled comeback, which was put back until the start of the following season.

Once again, he never got that far; he suffered a repeat of the injury in pre-season training.

Just a day before his 31st birthday, in April 2009, Juventus announced that Andrade had been released from the remainder of his contract.

Hopes remained that he may be able to play again. After missing the 2006 World Cup, Andrade still harboured ambitions of making Portugal’s squad for the 2010 edition in South Africa.

“If I could not play then I would not have come,” he told AS after accepting the offer of a trial with Malaga ahead of a potential return to Spain. “But it is quite normal that a club would want to see me in action before deciding anything.”

Just a week later, Malaga decided against offering him a deal. By November, reports in Spain mooted Andrade could finally be on his way to the Premier League after revealing he was training in England. But rather than eyeing a move to England’s top flight, he was instead on trial at fourth-tier Notts County, who had seen Sol Campbell walk out on the club after a month earlier in the season.

“He is here,” said manager Hans Backe, who himself lasted just seven weeks. “We will have to wait and see if anything can happen and give him a fair chance to show us what he can do.”

A move once again failed to materialise, and by February it was reported that Andrade had failed to turn up for a trial at MLS outfit Toronto FC.

Whether Andrade had simply given up hope on making a return is unclear, but it’s easy to sympathise with a footballer who appeared to have the world at his feet until seeing his career decimated by something completely out of his hands.

Even in his post-playing career, Andrade has never been too far away from misfortune.

After taking over as manager of Portuguese second-tier side Oriental, he was tasked with saving the club from relegation as they sat eight points from safety. He was unable to do so, but their relegation was clouded in controversy when four players were arrested amid allegations they had been bribed into throwing games.

While he now works as assistant manager of Vitoria, life as a pundit was not without its scrapes; he was forced to apologise after saying he would have countered Joao Felix’s influence on a game by stamping on the talented attacking midfielder.

For a player whose career was ruined by serious injury problems, it was a misguided comment, and it’s fair to say some of Andrade’s previous problems have been somewhat self-inflicted.

But it only served to underline the sense that trouble always seems to be just around the corner for Andrade. Cursed? Perhaps. Unlucky? Almost certainly.