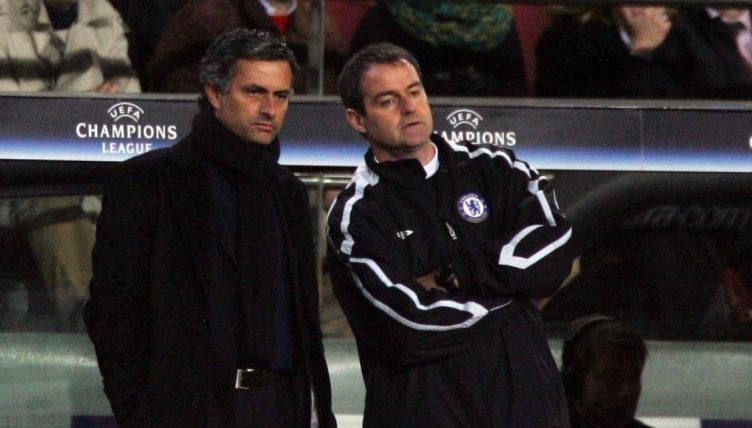 Jose Mourinho has earned the reputation as a man who will win at all costs, but he possibly took it a little too far when Chelsea faced Bayern Munich in 2005.

It’s easy to forget that when Mourinho first arrived in England, he could do no wrong. The Special One had just guided Porto to an improbable Champions League triumph, riled Fergie at Old Trafford, and brought with him a pretty sharp coat.

His Chelsea side, bolstered by the new money of Roman Abramovich, were swaggering their way to the Premier League title, marking the formation of a new world order.

In Europe, Chelsea were showing signs of carrying their domestic form through the continent, and it was on the grandest stage that Mourinho’s dastardly cunning really thrived.

After the Blues threw away an early lead to lose 2-1 in Barcelona, the headlines were dominated by Mourinho’s allegations that Frank Rijkaard had influenced the second half, in which Didier Drogba was sent off and the visitors conceded twice, by visiting the room of referee Anders Frisk. 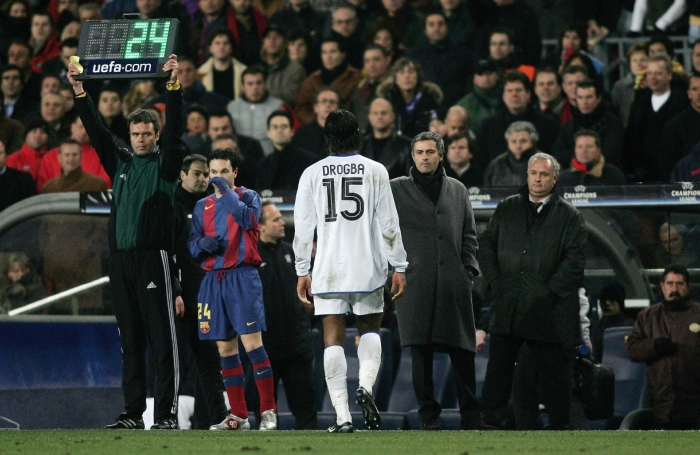 Mourinho’s players went on to knock Barcelona out thanks to an explosive three-goal salvo in the opening 20 minutes of the return leg, but Frisk was forced to retire early after receiving death threats.

It later became apparent Rijkaard never went into the referee’s room, while Mourinho has subsequently gone back on his initial suggestions that he saw the incident take place.

It was yet another example of how the Portuguese would use anything at his disposal if he thought it might help his club in the long run, and the eventual two-match stadium ban he received was a price he was more than willing to pay.

Taking it to the next level

But if that was Mourinho at his most scheming, what took place when the ban took effect for the quarter-final clash with Bayern Munich was modern football at its most laughably bizarre.

Mourinho, as required, was nowhere to be seen on the touchline, and was presumed to be watching the first leg at Stamford Bridge in a nearby leisure centre, under strict conditions that he was prohibited from contacting his coaching staff during the game.

It did not take the most eagle-eyed of onlookers to note, however, that assistant manager Rui Faria wore a rather ill-fitting beanie hat, and was often seen touching his ear, amid suggestions he was wearing an earpiece to stay in contact with his boss.

Now, whether you prescribe to that particular conspiracy theory or not, a quick image search does seem to suggest that the only time Faria has ever worn a hat was for that tie with Bayern. 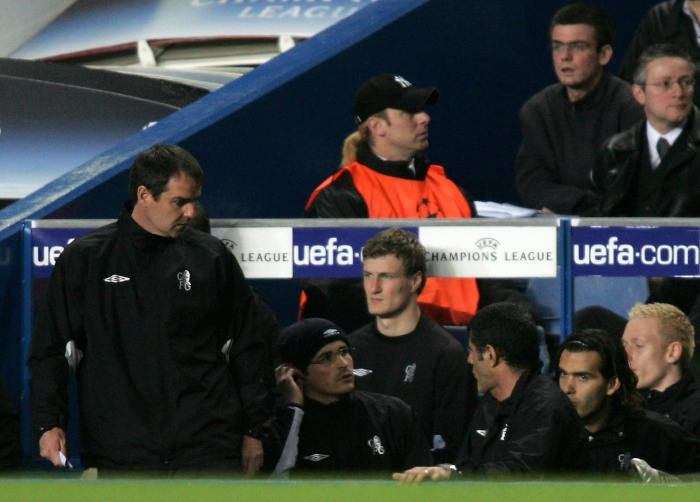 Another peculiar twist of fate seemed to be the disappearance down the tunnel of goalkeeper coach Silvinho Louro, carrying pieces of paper, on three separate occasions, with his return just so happening to coincide with Chelsea’s three substitutions during their 4-2 victory.

If those were the clues for some crafty plot by Mourinho, the later reports that the manager had been snuck into Stamford Bridge by hiding in a laundry basket were wonderfully cartoonish.

Speaking on our 2000s podcast, The Broken Metatarsal, former Chelsea youngster Steven Watt confirmed to us that Mourinho hid from UEFA officials, gave the pre-match and half-time team talks, then was wheeled away 10 minutes before the end so he could return to the leisure centre. “What? Me, Guv? Yeah, yeah. Been here all the time.”

For a man who at that point was the suave face of young, up-and-coming football managers, the idea of Jose and his nice coat being all crumpled up inside a laundry basket is all a bit unbecoming.

Ten years later, Mourinho was hit with a stadium ban in his second spell as Chelsea manager, allowing Stoke boss Mark Hughes the opportunity to banter: “I suppose the FA can check if he arrives with the team – is he in the laundry basket or something.”

Mourinho, meanwhile, had to deadpan: “I don’t discuss. I told you, with Mourinho, funny stories are over,” like a man wishing his mates would stop asking him what actually happened on that stag do in Amsterdam.

Time can be a cruel mistress, but the intervening decade has seen Mourinho transform from Machiavellian mastermind of triumphant shithousing to the weirdo who once hid in a laundry basket.

Football has made us all do strange things, but we’re not sure it has ever been weirder than the time Jose Mourinho travelled to a Champions League quarter-final in a laundry basket.