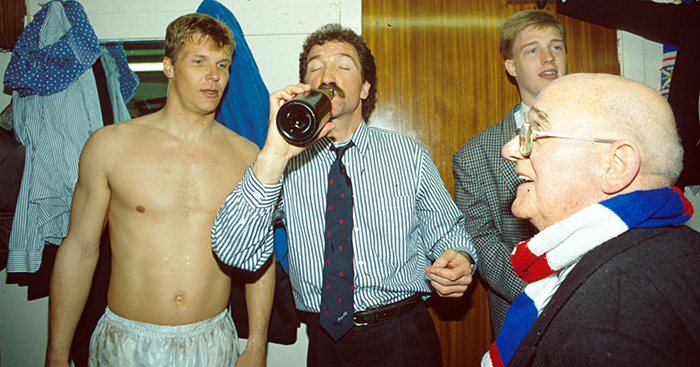 One thing has become abundantly clear about football management since the likes of Jose Mourinho and Pep Guardiola rose to the top of the profession: quite simply, it looks knackering.

The micro-manager now rules supreme – and generally looks quite miserable while doing it – and that’s proved to be ominous news for a quaint footballing tradition: the player-manager.

Even in the days before video analysis, 24-hour media and player power, player-managers were already signing up for a mammoth double shift.

In attempting to understand their motivation, we can broadly split them into two types: 1) the hard-as-nails warhorse who just won’t quit, and 2) the absurdly gifted talisman who can still get by on account of being a yard ahead of everyone else.

While never a long-term prospect (even within the precarious industry of football managers), player-managers now feel like a truly outdated concept.

As largely an emergency option or, at least, a novel stop-gap, player-managers have perhaps never had a golden era, but they have a rich enough history.

Even the great Herbert Chapman spent two years softening the blow of retiring as a professional player by turning around the fortunes of Northampton Town before he focused on revolutionising the role of manager full-time.

By the 1970s, it wasn’t uncommon to see a veteran player handed the responsibility of running the team, to the point where Terry Neill (Hull City and Northern Ireland) and Johnny Giles (West Brom and Republic of Ireland) were both player-managers for their club and their country. Club chairmen and football associations were clearly spotting some value for money.

Soon after, two titans of the British game brought player-management marching imperiously into the mainstream.

Graeme Souness instigated a Rangers revolution in 1986 when he arrived from Sampdoria – immediately setting the tone (if not an example) by being sent off on a chaotic debut against Hibs.

9/8/86: Souness didn't last long on his debut as player-manager as his #Rangers side lost 1-2 at #Hibernian pic.twitter.com/aYKicGdMqU

Souness wasn’t just a midfield general with a suit hanging in his cupboard, though – he brought a certain canniness to the art of player-managing.

Walter Smith was brought in as his proactive No.2 while Souness exploited his role to the maximum – circumventing an SFA touchline ban by naming himself on the substitutes’ bench, for example – and led Rangers to three league titles and four League Cups. And the tackles kept coming.

Meanwhile, in England, another Scottish legend was combining the roles to even greater effect.

In 1985, Kenny Dalglish assumed the hotseat at Liverpool, and instantly faced the biggest dilemma of a player-manager.

“Suddenly I had to distance myself from the dressing room world of banter and wind-ups, something that I loved,” he told FourFourTwo. “Immediately we had to address the issue of what the players should call me. It was agreed my title would be ‘boss’.”

The 1985-86 season surely set the benchmark for player-management achievement. The 34-year-old Dalglish scaled back his on-pitch workload slightly but still scored the goal that sealed the league title…

…and then started himself against Everton in the FA Cup final to ensure the Double in his first season in charge.

“It didn’t make any difference to the team that Kenny managed us as well as played,” former Liverpool centre-back Mark Lawrenson says. “He was still undeniably our best player.”

In rolled the Premier League era, and with it the role of the player-manager needed a glamourous reboot to keep it alive.

Bryan Robson – the personification of not knowing when to quit – stepped in with quite possibly the finest managerial unveiling ever staged and, by extension, perhaps the greatest photograph in English football history.

Bryan Robson has been unveiled by Middlesbrough. Is he their manager or a player? Or player manager? pic.twitter.com/UmvjNpBoXm

Elsewhere, Glenn Hoddle took that well-trodden path from Monaco to Swindon for his first steps into management and was soon displaying that uniquely Hoddle-esque habit of subtly reminding his players that he was vastly superior to them.

The mid-1990s was staking a claim to be the most glamorous era of the player-manager.

Having secured promotion to the Premier League via the play-offs – scoring in a thrilling final at Wembley – Hoddle was tempted away to Chelsea, but still he refused to hang up the boots at the age of 36.

His on-field influence was on the wane, despite bringing himself on in a vain attempt to salvage the FA Cup final against Manchester United, but his management skills were flourishing sufficiently to be offered the England job in 1996.

Chelsea couldn’t shake the player-manager habit. First, Ruud Gullit stood out as the only candidate to take over from Hoddle, and continued to swagger around the pitch in whatever role he fancied for himself, before Gianluca Vialli succeeded him in 1998.

Vialli finished the season with 19 goals in 34 games and two trophies – and the formula of a stellar player-manager was catching on elsewhere.

Crystal Palace stretched the concept to the realms of parody by hurriedly installing 31-year-old Attilio Lombardo as caretaker player-manager (the most gloriously niche of roles) with Tomas Brolin as his assistant and translator.

Lombardo described his appointment as like being “run over by a lorry”, which gave some indication of his readiness for the role, and Palace duly slid to relegation. 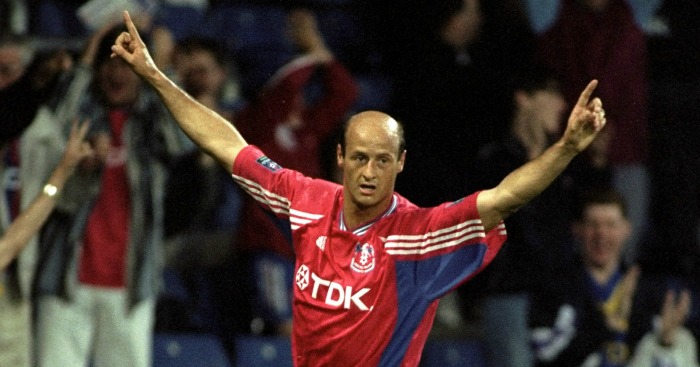 Other big-name players also took advantage of the spreading fad.

A 36-year-old Mark Hateley reportedly negotiated a player-manager contract with Third Division Hull that guaranteed him a four-figure sum for every appearance on the pitch.

“It was hilarious,” one Hull player recalled to FourFourTwo. “In the last few minutes of every match he would put himself on.

“He even put himself on once when he had a bad calf injury. He hobbled onto the pitch, turned to the chairman in the stands and waved at him to thank him for another grand.” 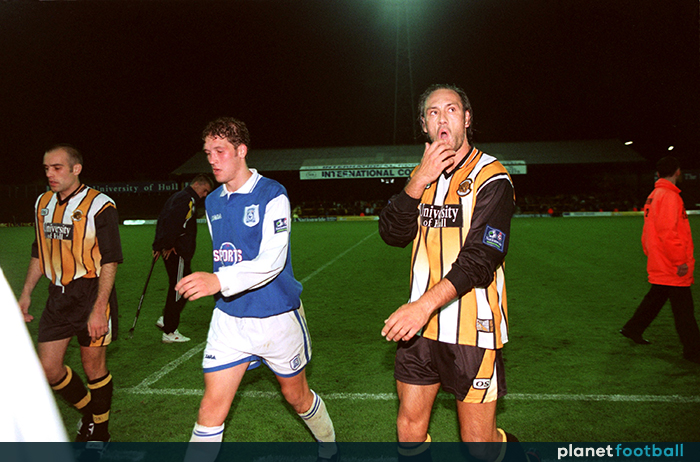 In recent years, the top-flight player-manager has become all but extinct, as the pressures of either role become far too great to allow duality.

However, Edgar Davids’ curious late-career trajectory took him to League Two and Barnet, where the 40-year-old made an impact by being sent off three times in the space of eight games, awarding himself the squad number of 1, and declining to turn up for long-distance away games.

Once again, this was a player-manager who simply couldn’t let go the buzz of matchday:

“First of all, I still wanted to play, that’s the most beautiful part for me” Davids said. “Being player-manager was normal for me, because in the teams I played for I already ran the team.

“I still have one of the lowest fat percentages at the club, my running is up to par and I can play back-to-back games.” 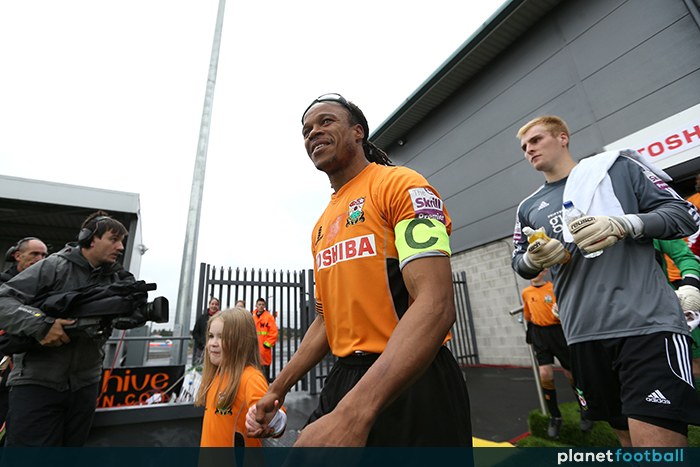 A-list players continue to secure unfathomable dual roles around the world – Nicolas Anelka at Mumbai City had a particularly novel ring to it – but the glory days of player-managing appeared long distant until Vincent Kompany announced he would take up the role at Anderlecht from 2019.

Safe to say that didn’t go to plan – Kompany swiftly stepped down to focus on his playing duties after Anderlecht made their worst start to a campaign for over 20 years – but the torch may now be passed to Wayne Rooney at Derby County.

And so the story goes on.