An ode to Juninho Pernambucano, free-kick king & god of chaos 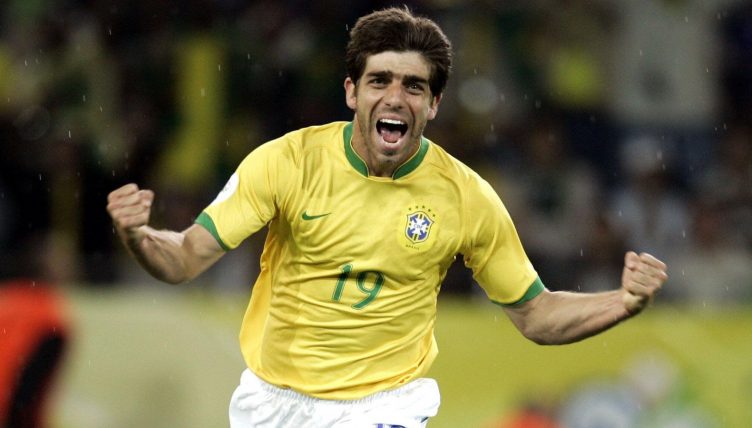 Juninho Pernambucano was part of a Lyon side that failed to translate their Ligue 1 dominance into Champions League success, but somehow that only makes us remember him even more fondly.

Over the last few years, the football world has pushed hard to rid the game of uncertainty.

Clubs have data analysts on board, players watch video after video of their own movements to get the kinks out of their game, and goalkeepers have begun playing further and further forward to cut off the fabled ‘corridor of uncertainty’.

It is because of this that any deviation from the norm is lapped up by fans. The Champions League’s latter stages are dominated by the same group of teams, making the unlikely results of the World Cup all the more welcome, and even the apparent competitiveness of the Premier League seems to have quickly disappeared since Leicester City’s shock title win.

Back in the mid-2000s, though, the gap between the haves and have-nots was far less pronounced, and no man characterized that more than Juninho Pernambucano.

Everything about Juninho goes against what we’ve come to expect from footballers in the 21st century.

Only having one European club on his CV is a little out of the ordinary for someone so instantly recognizable to those familiar with Champions League football, but not as much as the fact that it took him until his mid-twenties to make the move over from Brazil.

Then there’s the identity of that one European club.

The deification of the likes of Parma in the early 21st century comes from the fact that the team was broken up before reaching its potential, as if an actual Scudetto would have killed the mythology.

The same existed with the Lyon side which Juninho joined in 2001, albeit only on the European front, with fans dreaming of what could have been possible if the likes of Mahamadou Diarra, Michael Essien and Florent Malouda had stayed together for longer.

And yet Juninho, for all he offered at the time, never moved away during that golden era, will never have successes or failures elsewhere in Europe to detract from our image of him: he’s frozen in time, forever destined to be romanticized for falling short in a way a player who succeeded elsewhere never could be, for leaving the greats helpless but only for floating moments.

Even in an unfazed team with obvious talents, the presence of a not-so-secret weapon can stand out, like a Tekken character’s unlockable attack. And, indeed, with such an attack, it’s something you continue trying regardless of difficulty if you know a perfect execution cannot be stopped.

For Juninho, that was a free-kick style which, while not unique, was granted a mystique by its combination of rarity and lack of fear.

When fans the world over watched Roberto Carlos’ ‘banana-kick’, they had four years of botched attempts to sit through in order to get a feel for how difficult such a thing was to execute. Those four years were up when Juninho arrived in Lyon, the rulebook reinforced after that blip with new, banana-proof pages and a solid spine.

And yet, before you could say “what’s he doing shooting from there”, those pages lay strewn on the floor with the spine contorted from trying to drag its defeated frame back up to the top shelf.

Juninho’s delivery ignored what a football is supposed to do, but to claim it affected chaos would be inaccurate: it was the embodiment of chaos.

His Champions League free-kick against Barcelona may not be the first example, but it’s both the funniest and the moment at which this all stopped being funny. It’s the sort of joke you acknowledge to contain humor but you can’t laugh at, because doing so would put it on a level jogging to more basic material.

When facing a free-kick like this, a goalkeeper can set himself for a ball which overshoots its target and flies towards the back post, but the pace and dip is something he is not trained for. He has considered his options from him and this is simply not one of them.

It may have been Victor Valdes who suffered on this instance, but it could have been any goalkeeper.

Still, the fact that it was this Barcelona side says a lot. Pep Guardiola’s squad were kings of control, both in possession and wider game management. This is the team that brushed aside Bayern Munich at Camp Nou and Manchester United in the final without conceding a goal.

They were prepared for nearly enough anything, but not this.

Lyon vs. Barcelona has had some moments, like this Juninho freekick.

Memphis will get his chance to make waves against Barça tonight. #UCL #OLFCBpic.twitter.com/91Xg7IataM

Valdes’ immediate reaction isn’t visible anger, either at himself or Juninho. His arms are outstretched, sure, but not in any way which indicates a goal was anything other than an inevitability.

His position is almost seated, as if to acknowledge he can’t do much beyond watch in awe. “Well done,” he tells Juninho with his movements. “You got me.”

The brilliance of the delivery, as with many of Juninho’s free-kicks, comes from their inherently paradoxical nature.

The movement of the ball seems impossible to predict, and yet he doesn’t for one moment seem in any doubt as to where the ball will land. For him, chaos is something which happens to other people.

For this free-kick against Ajaccio, one of many he converted during his time in France, the wall seems almost comically superfluous. It’s as if he’s hitting winners on center court and they’re stood outside waiting for ticket returns, such is their distance from anything relevant to the game.

Plenty of footballers have attempted to emulate Juninho’s technique, from Cristiano Ronaldo to Hakan Calhanoglu , but Juninho was the master.

Lyon’s status as flawed European pretenders only adds to the mythology around his contribution, the duality of someone in supreme control over single moments but unable to convert domestic dominance to something greater on the continent.

Yet while others have gained immortality through Champions League triumphs, his reputation feels as though it has been strengthened by a failure to do just that.

He was the black-and-white debut film made from a pittance and edited at home. He was the first album with the original line-up, a decade before the stadium tours. His control of him was others’ chaos, channeling control into panic in his vicinity of him.

Things have moved on from his time, and he faded away via Qatar and the US rather than earning a glorious send-off with the world watching, but when you want to delve into football’s back catalogue to cheer yourself up, you know where to turn first.

READ NEXT: Remembering the amazing Lyon team of 2005 that rocked Europe