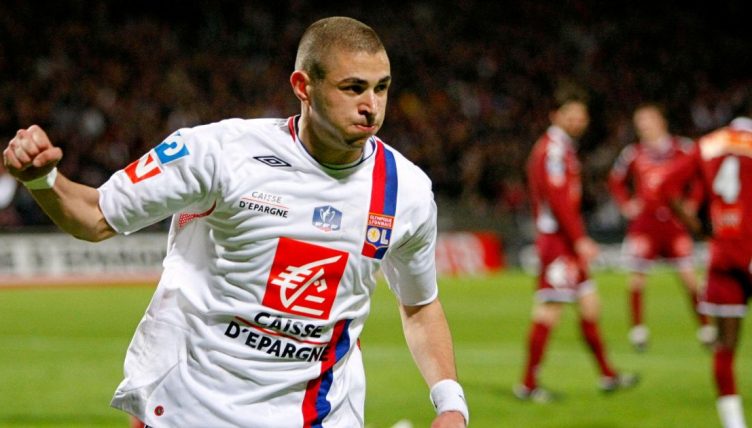 Karim Benzema was a revelation from the start.

Perhaps he knew, deep down, that he was destined for the very top. When the young Frenchman emerged as a teenager at Lyon, his confidence was hardly lacking.

As a fresh-faced 17-year-old, newly integrated into Lyon’s first team, Benzema was asked to give a speech, nerve-wracking even for the most self-assured, seasoned footballers. When heckled by Michael Essien and Eric Abidal, many youngsters would have crumbled.

But not this one. His response was dismissive yet sharp, perfectly succinct and a bold statement of intent.

Self-confidence, then, was never a problem. Some of the more senior Lyon players might have wondered whether this was merely youthful arrogance, the hubris of a young man yet to experience the demands of top-level football.

But Benzema knew. He was single-minded, unerringly focused, obsessed with maximising his own potential.

It was immediately clear that Lyon had a true talent on their hands. The teenager, handed his debut by then-manager Paul Le Guen, provided an assist in a 2-0 Ligue 1 victory over Metz in January 2005.

And it was Le Guen who Benzema would later credit with his desire to work for the team. “I started with Paul Le Guen,” he said. “He told me to double up in positions if he was missing a left-back or a midfielder.

“From that moment, it was clear in my mind that I would be a professional footballer, and I began working even faster to get there.”

Benzema was eased into first-team action gradually by new boss Gerard Houllier, making a handful of appearances before he scored his first goal, against Rosenborg in the Champions League. 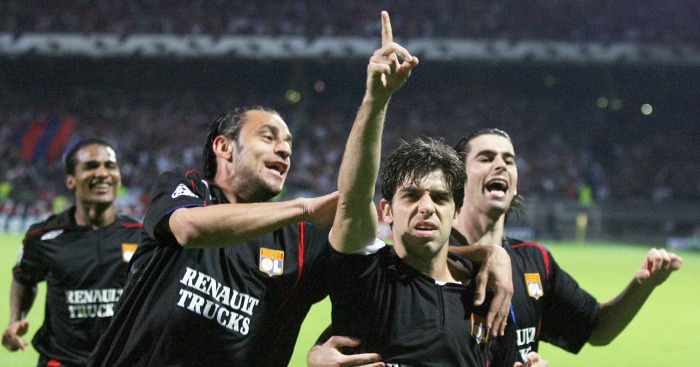 READ: Remembering the amazing Lyon team of 2005 that rocked Europe

“Karim is a boy who is very family-oriented, very close to his environment,” Houllier once said. “He never runs away from a challenge. He is a deeply hard-working person, who has never been reluctant to work overtime in training.”

It was a fitting introduction to a competition the striker would later thrive in. For Lyon, he managed 12 Champions League goals. For Real Madrid, he has since added 70.

In many ways, Benzema’s time in Ligue 1 was almost a precursor to his Real Madrid days. A relatively low key first couple of years was followed by an explosion of form, a rise to prominence, the building of a legacy.

At Lyon, the departures of Florent Malouda, John Carew and Sylvain Wiltord – a trio of key, experienced players – proved the catalyst for Benzema, who took on more responsibility and excelled.

He scored 32 goals in all competitions in the 2007-08 season, firing his side to a seventh successive title. By then, inevitably, clubs were starting to take notice.

I put it to you that Lyon era Benzema was more thrilling than current Mbappe. Not better, just more exciting to watch. Felt like the new 🇧🇷 Ronaldo pic.twitter.com/FEMpGP3yVT

This was a young forward playing with the consistency of the world’s best and most experienced. At such a tender age, he appeared almost a complete player.

Lyon president Jean-Michel Aulas, typically determined to keep his prized assets, insisted he would accept no less than €100million. There was talk of interest from the Premier League, from Manchester United and Tottenham amongst others.

And, of course, Real Madrid were lurking, ready to add another potential Galactico to their squad.

In his penultimate year with Lyon, 2007-08 gave Benzema the opportunity to prove himself on the biggest stage. His side reached the quarter-finals of the Champions League, facing Sir Alex Ferguson’s Manchester United, who would eventually win the competition.

United were tested sternly by the French outfit. The nimble, shaven-headed striker leading the line was an eye-catching unknown for most viewers. That would soon change.

Benzema was a threat throughout the first leg at Parc Olympique Lyonnais, tormenting Rio Ferdinand and Nemanja Vidic in the visitors’ defence.

“It all comes down to Benzema’s quality as an individual, his skill and technique,” said Alain Perrin, Houllier’s successor in the dugout, before kick-off. “He can create a chance and score and he is so dangerous in different areas of the pitch.”

That proved to be prescient. Early in the second half, Benzema received a pass on the edge of the United box. He turned swiftly, shifted the ball onto his left foot and drilled an accurate low shot past the stretching Edwin van der Sar.

United went on to win the tie over two legs, but they had taken notice. “Sir Alex wanted to sign him,” Ferdinand later revealed. “He was speaking to him in the tunnel after the game and Lyon officials had to pull him away.”

Lyon officials could do nothing to prevent the inexorable Florentino Perez getting his man, though. In the summer of 2009, the deal was done; Benzema was to leave for the glamour of the Bernabeu and the promise of more silverware.

But his formative years in Lyon, during which he won four consecutive Ligue 1 titles, were more than just a prequel to the main event. For Benzema, it mattered just as much.

Lyon was his hometown club, the place where a dream became reality.

When he left, no one was laughing. And there was no one to take his place.

The top 10 U21 goalscorers in CL history: Haaland, Mbappe, Messi…