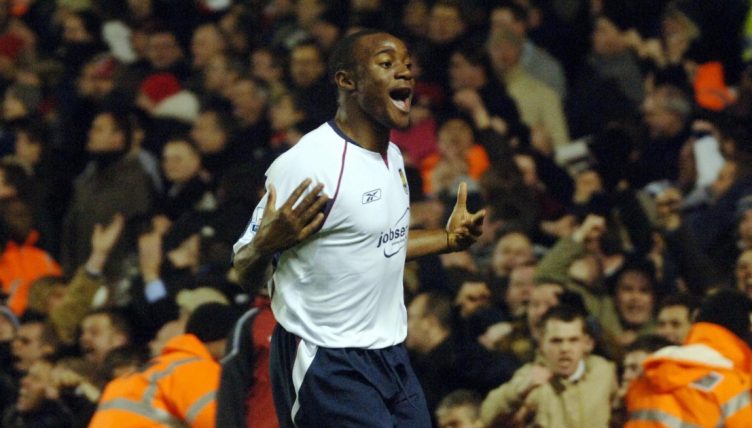 A silver lining can be defined as a ‘comforting or hopeful aspect of an otherwise unenviable situation’.

One of the silver linings of lockdown has been avoiding the hellish commute into the office and feeling your life ebb away on an overcrowded train carriage.

For supporters of West Ham, a team traditionally preoccupied with shooting themselves in the foot rather than winning silverware, the silver lining comes in unexpected victories against the self-important elite.

Take February 1, 2006, for example. On a freezing Wednesday evening, West Ham stunned Arsene Wenger’s Arsenal with a 3-2 victory and became the last away team to win at Highbury in the process.

An over-performing group, led by Alan Pardew and full of players enjoying the season of their lives, claimed their biggest scalp since returning to the Premier League the previous year.

Meanwhile, the night saw the end of Sol Campbell as an elite defender. Having made two errors that directly led to West Ham goals, Campbell asked to be substituted at half-time and immediately left the stadium. This was met by the general level of sympathy you’d expect from football supporters.

Such a situation coming to pass would have been generously described as ‘unlikely’ prior to the match. Arsenal, packed full of world-class talent, were formidable at Highbury. Their only home league defeat that season had been against runaway leaders Chelsea.

West Ham’s line-up consisted of Championship punts, castaways and the odd gem like Yossi Benayoun. Their right-back against Arsenal was the painfully left-footed Clive Clarke. But despite being tipped for instant relegation, Pardew’s men were nestled comfortably in mid-table and playing some exuberant open football.

And while many wrote off their prospects, Arsenal were on something of a downturn themselves. Less than two years after going the entire season unbeaten, Wenger’s team were trailing Tottenham in fourth and found themselves level on points with Bolton, Blackburn and Wigan.

Yet their previous home game had been a 7-0 spanking of Middlesbrough and they started in a similar vein here. Robin van Persie slammed a shot against the post after seven minutes as West Ham hunkered down for a long evening.

But Pardew had drilled his side into an effective counter-attacking unit, with players like Nigel Reo-Coker, Matthew Etherington and Bobby Zamora primed to break against over-committed opponents.

After another Arsenal move broke down, some slick passing resulted in Etherington releasing Reo-Coker. Campbell came across to cover but wildly miskicked his clearance, leaving the West Ham captain free to streak through and slot the ball underneath Jens Lehmann.

Highbury, never the most boisterous arena, was silenced except for the infamous screamer in the home end.

Seven minutes later, a long diagonal pass from Paul Konchesky was controlled by the chest of Zamora. Campbell attempted to cover once again but was dumped unceremoniously to the ground by the West Ham striker. Taking a touch to steady himself, Zamora curled home a beautiful second and gave the Highbury screamer another tonsil workout.

At the opposite end of the stadium, the travelling West Ham support writhed and contorted with joy. The Venus flytrap tactics were working perfectly.

#OnThisDay in 2006, West Ham became the last Away team to win at Highbury, beating Arsenal 3–2. Sol Campbell asked to come off at half-time and left the ground as Alan Pardew's team gave the Gunners a torrid time.pic.twitter.com/KtXqcJ1Sfa

But the Hammers never make things easy for themselves. Sure enough, Thierry Henry pulled a goal back just before half-time with his trademark je ne sais quoi to keep the away support fidgeting during the break.

The immense pressure Arsenal inflicted on Shaka Hislop’s goal during the second half would normally have resulted in a time-honoured West Ham collapse.

Luck had rarely been on their side at Highbury. Take Emmanuel Petit handling the ball before striking a last-minute winner in 2000. Take Freddie Kanoute being denied an opener two years later despite the ball crossing the line by several inches. Take Dennis Bergkamp escaping censure for a blatant elbow on Lee Bowyer during the relegation season of 2002-03.

But not this time. The centre-back partnership of Anton Ferdinand and Danny Gabbidon were immense and Reo-Coker and Hayden Mullins were ‘distinguished by skill all evening’, according to The Guardian’s Kevin McCarra.

A combination of heroics, doggedness and sheer luck kept West Ham ahead during a frenetic second-half. And their lead was improbably extended when Reo-Coker robbed Seb Larsson and squared the ball for Etherington to lash home.

If any further confirmation was needed that this was West Ham’s night, the third goal was deflected twice on the way in. Robert Pires pulled one back but Pardew’s team held on for a famous victory. Sometimes it’s just meant to be.

It was the red-letter victory of a successful West Ham season. While league form faltered over the remaining months, they still finished a commendable ninth and with the highest goal tally outside the top five.

Even this was eclipsed by the run to the FA Cup Final and heartbreaking defeat to Liverpool that this author will forever refuse to speak about.

Most never reached those heights again. The following season, defined by Carlos Tevez, was one of the more bonkers in the club’s history and new manager Alan Curbishley rebuilt the side afterwards. Only Benayoun and Zamora became better players elsewhere.

Yet West Ham wrote themselves into history at Highbury. Deliciously, they were also the first away team to win at the Emirates the following year.