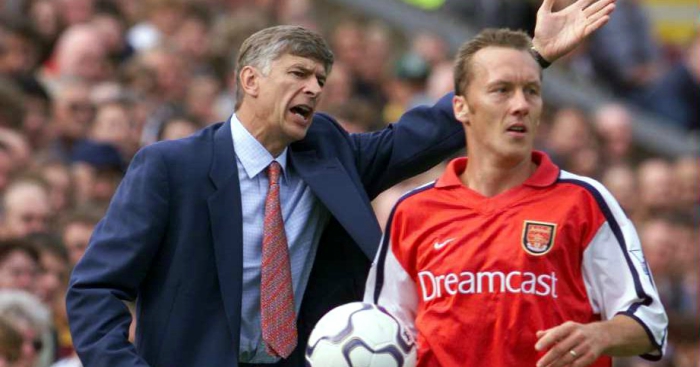 Lee Dixon was part of an Arsenal back four famed for its invulnerability, but he reckons he couldn’t defend for his life before he arrived at Highbury.

Thanks to the meticulous, monotonous training of George Graham, Arsenal became renowned for their watertight defence of Dixon, Tony Adams, Steve Bould and Nigel Winterburn.

But it was a far cry from the football Dixon was used to prior to moving to north London.

Growing up as a Manchester City fan, he mainly played as a striker in his youth before gradually dropping further back as he began his career in professional football.

Even then, it was his attacking prowess and eye for a goal which caught the eye rather any defensive resolve.

After joining Arsenal from Stoke City in 1988, Dixon credits his personal transformation on the pitch and that of the team’s fortunes solely on one man, George Graham, who he admits he was “scared” of. 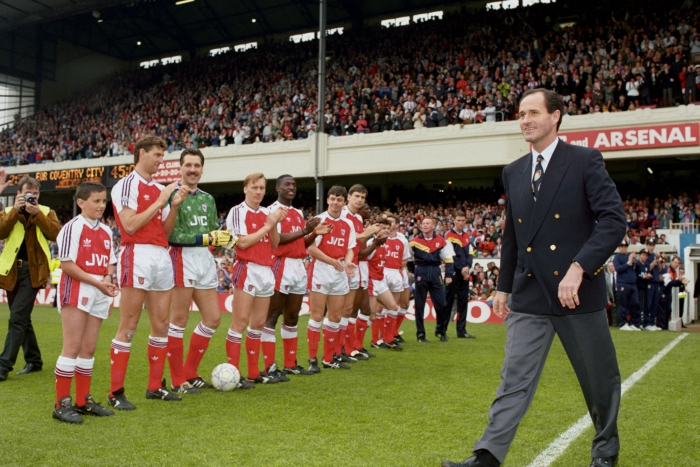 Speaking about Graham’s infamous training methods on the Quickly Kevin, Will He Score? podcast, Dixon says: “It was very regimental, very disciplined.

“Back four work every day, and to a certain extent you would do back four work away from the team, with George, the four of us, no goalkeeper, on a pitch with no nets, and he’d have the ball under his arm.

“He’d stand on the pitch and go, ‘Right, imagine I’m the ball on a Saturday, and if I’m a player moving the ball, what are you going to do?’”

When Arsene Wenger eventually arrived at the club in 1996, ideas for training and preparation in English football were revolutionised forever.

But it was thanks to Graham’s scrupulous, albeit basic, methods that Wenger was able to shelve plans to tinker with the defence he inherited.

“Then he came to the club and went, ‘Well hang on a minute, I don’t have to do anything with them. They just do their own thing.’ 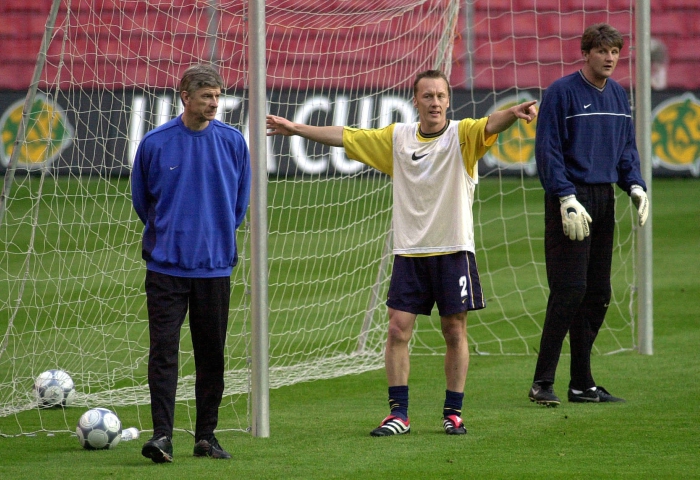 “People say, ‘Who is the best manager you ever played for?’ And I always go, ‘Best coach: George Graham.’ Without a shadow of a doubt. ‘Best man, i.e. manager to play for: Arsene.’ Because he just said to me, ‘Go and play.’

“It was like playing a computer game, but I wouldn’t have liked it the other way around. If Arsene had have been my first manager at Arsenal, I don’t think I’d have been half the player, because George taught me everything I needed to know about being what I was.

Dixon has recently spent a lot of time reunited with that back four, reminiscing about their maiden title victory under Graham for the brilliant documentary 89, which the former England international helped produce.

The film concludes with that famous night at Anfield, when Arsenal went to the home of the reigning champions needing to win by two clear goals, and snatched the title thanks to Michael Thomas’ excruciatingly late strike.

But it also explores the impact the Hillsborough disaster, which took place a little over a month previously, had on the players that night, with Dixon one of a number who are visibly emotional when broaching the subject.

“I tell a story, and I don’t know if I explained it well enough in the documentary, but it was the handing of the flowers over before the kick-off.

“There was a lady in the Kop and I gave the flowers over to her and she looked at me and the look of her eyes was acceptance, she was giving me permission to play.

“Up until that point I did feel that it was right that we were going to play against Liverpool and take the league off them. By handing those flowers over and her looking at me, it was, ‘It’s alright. This is football now. Thank you. It’s okay.’

“I get quite emotional thinking about it. It was a hugely emotional season.

“[The Liverpool fans] all stayed and watched us get the trophy. It was an amazing night and I’ll never forget that feeling.

“There’s a bit of footage when the final whistle goes and you see David O’Leary going to try pick up Aldridge. We just wanted to make sure we celebrated respectfully without shoving it in their faces.” 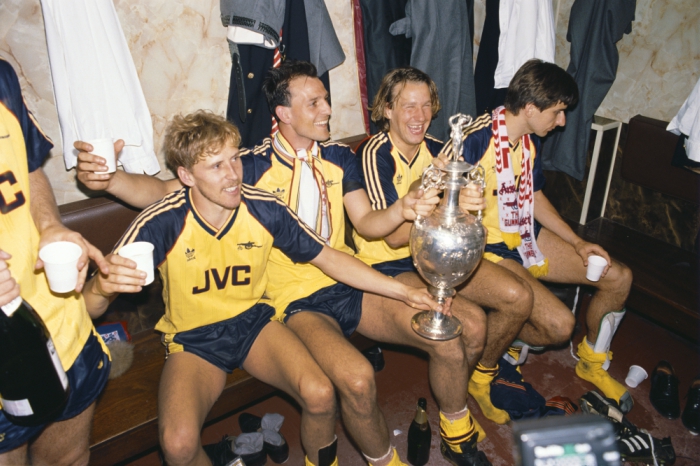 Despite the enormity and emotion of the occasion, Dixon cannot remember standing in the tunnel at Anfield before the game.

His memory of waiting in tunnels is instead dominated by the antics of one man: Ian Wright. One incident in particular, against Manchester United at Old Trafford, stands out to this day.

“Wrighty was the most horrible, annoying player you could ever play against,” Dixon says. “He was like that when he was at Palace but when he came to Arsenal it was great to have him because he just used to really wind everybody up.

“He wound Steve Bruce up in this Old Trafford game so much that he went, ‘I’m just going to knock you out at half-time.’ Wrighty went, ‘Right, let’s have it then.’

“If there was any trouble going on, or if he got himself in trouble, which he did on a regular basis, he’d want a bit of help.

“John Hartson was his minder basically. If John was playing, his cue that he might be getting duffed up at half-time was, ‘John, put the kettle on at half-time.’

“I don’t think John was playing in that particular game, so he just ran down the tunnel and Steve Bruce ran after him, and I can remember Wrighty going, ‘Brucey, Brucey, come on, calm down, let’s just calm down.’

“And Brucey goes, ‘Alright.’ And then bang! [Wright] threw this little right hook and dashed off into the dressing room.

“I couldn’t stop laughing. I think Brucey said something like, ‘Is that your best shot?’ And Wrighty said, ‘Have a look at your eye when you get yourself in the dressing room.’

“He chased him around the pitch for the second half trying to get hold of him.”

For more brilliant stories, listen to the wonderful Quickly Kevin, Will He Score? podcast.