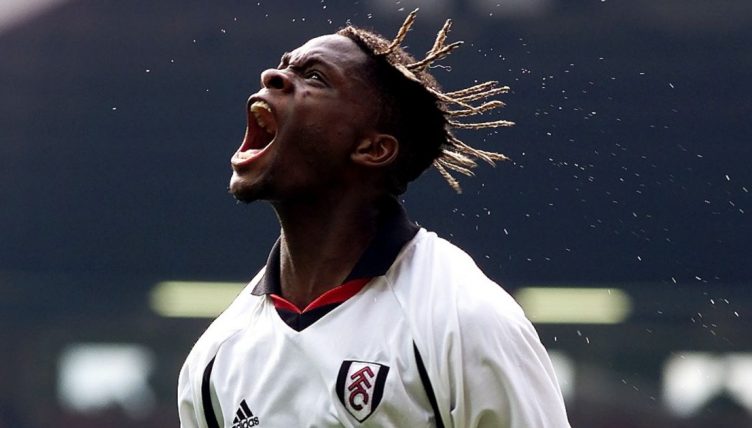 While Louis Saha didn’t achieve as much in his career as he might have expected, he was truly sensational during his time at Fulham.

When Mohamed Al-Fayed took over Fulham in May 1997, the club had just been promoted from the Third Division.

He boldly promised Premier League football within five years and to turn London’s also-rans into contenders. It seemed an ambitious aim, but it was achieved in style.

After a promising start, with Kevin Keegan steering them to the Second Division title in emphatic fashion, and being poached by England in the process, the project stalled.

While a crumbling Craven Cottage was overhauled, and expansive training facilities purchased, the instant results that Al-Fayed demanded on the pitch weren’t being delivered.

Paul Bracewell had Fulham in the top half of the First Division for virtually all of his time in charge, but as they faded off the pace in the second half of the 1999-2000 season, he was dismissed.

Al-Fayed wasn’t afraid to be ruthless and appointed Jean Tigana, a title winner in his previous role as Monaco manager, in his place.

It was the start of a revolution led by an aloof Frenchman and with a prolific young striker as its poster boy. 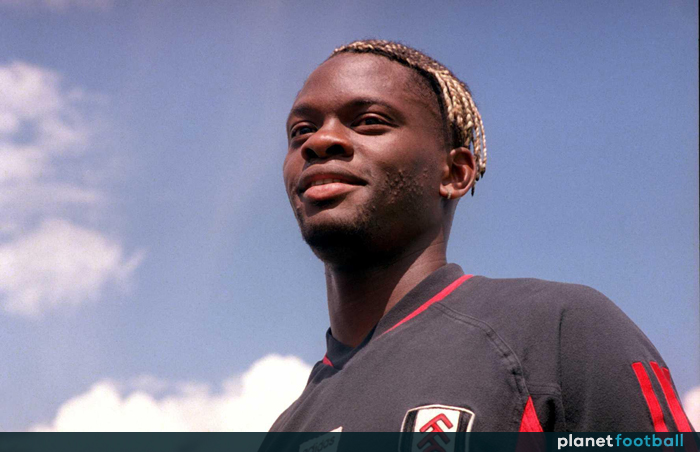 Louis Saha had experienced English football before, as a callow 20-year-old on loan to Newcastle United. He scored just twice in 12 games and returned to his parent club Metz for a similarly unproductive spell.

But in June 2000 a more mature Saha arrived at Fulham for £2.1million, money the Cottagers quickly recouped by selling Geoff Horsfield for a club-record fee.

And Saha had an immediate impact, grabbing 10 goals as Fulham won their first 11 games of the season, steaming to the top of the table. It was a position they never once surrendered.

Saha formed an effective strike partnership with the barrel-chested Barry Hayles. They were ably supported by Luis Boa Morte and Bjarne Goldbaek on the wings, while the veteran pairing of John Collins and Lee Clark bossed proceedings in the centre of the pitch. Sean Davis and Steve Finnan provided youthful energy. 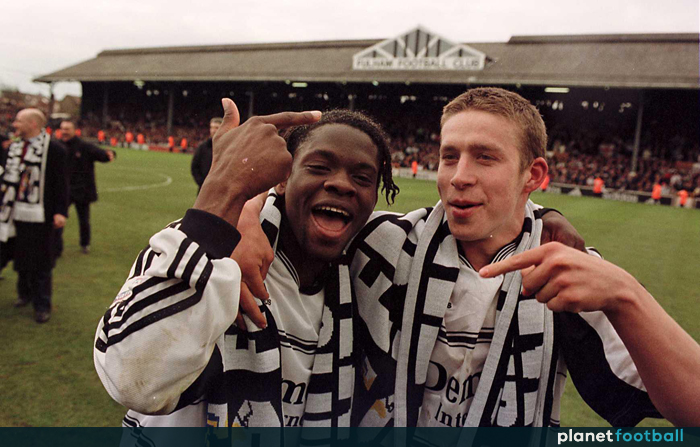 Fulham utterly dominated the First Division under Tigana with their fast-paced attacking football. One of the most exciting teams there have been at that level, they picked up 101 points and scored 90 goals in the process.

Saha was the league’s outstanding player and top scorer with 27.

He was one of a new breed of striker, combining the elements of a bullish old-fashioned target man – strength, power, hold-up play and heading ability – with explosive pace and exceptional technique.

Most importantly, he was capable of scoring all different types of goal and did so with alarming regularity.

Al-Fayed had aimed to reach the top flight in five years but did it in four.

His dream was to establish Fulham as the Manchester United of the south, and he looked to fulfill that promise by spending in excess of £30million on new players, including Edwin van der Sar, Steed Malbranque and Steve Marlet, in the summer of 2001.

On the opening day of their inaugural Premier League season, Fulham faced the real thing at Old Trafford and, despite losing 3-2, they impressed with a stirring performance.

Saha, meanwhile, announced his arrival by scoring twice. He lifted expertly over Fabien Barthez to give the visitors an early lead, and then, after David Beckham’s equaliser, briefly put them back in front with a neat low finish.

This blistering start saw him named Player of the Month for August, and although both Saha and Fulham faltered at times as the season progressed, 13th place and a run to the FA Cup semi-final completed a smooth transition to the Premier League. Al-Fayed’s statements didn’t seem too outlandish after all.

The following season, having won the Intertoto Cup, Fulham got to play in Europe for the first time in their history, but it was the highlight of a largely disappointing campaign. On course for another lower mid-table finish and with Saha out of sorts, Tigana was sacked in April.

His departure, followed by Saha’s in January 2004, signalled the end of an era for Fulham. Although success was enjoyed afterwards, most notably in the Europa League, it was never with the same cavalier spirit and sense of unbridled hope.

Those first five years under Al-Fayed was a remarkable period in the club’s history and one unlikely to be matched anytime soon.

Despite Fulham’s reluctance to sell Saha after 15 goals in 22 games midway through the 2003-04 season, he joined Manchester United for £12.4million.

He scored at an impressive rate early on but was increasingly ground down by knee and hamstring injuries, playing sporadically across four-and-a-half seasons.

While United racked up the trophies, including the Champions League, Saha was usually absent for the big occasions. 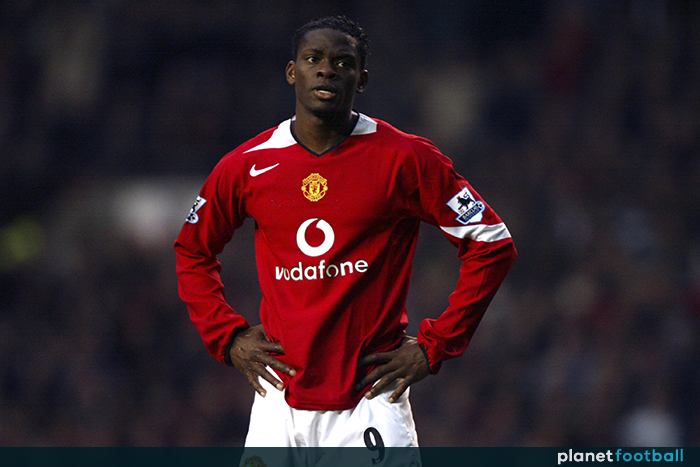 His international career was affected too. Saha didn’t make his debut for France until 2004, scoring in a 2-0 win over Belgium ahead of that summer’s Euros. In the end he won just 20 caps, spread over an eight-year period.

An incredibly pure striker of the ball, in total Saha scored over 100 league goals but never quite became the player he threatened to at Craven Cottage.

When on form there were few better, but injuries ultimately dragged Saha down, depriving him of a yard of pace, forcing him to modify his game and play within himself.

Otherwise, he could have become a true great of the Premier League era.