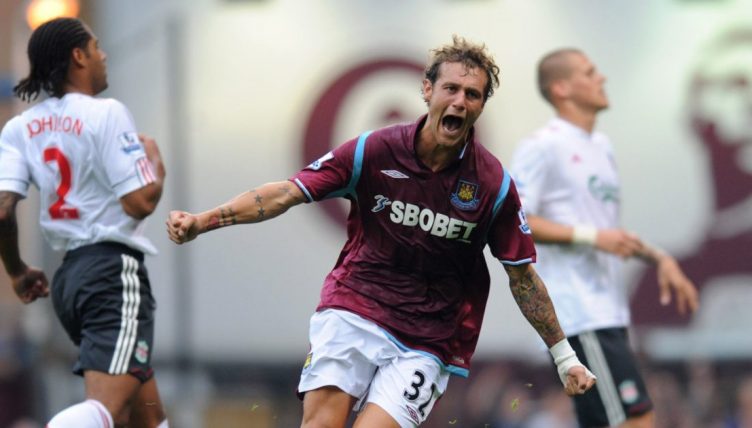 Alessandro Diamanti only had a brief spell at West Ham United – and it was hardly successful – but in a poor team he was a player always worth watching.

Let’s start with a little Choose Your Own Adventure game.

You’re playing for West Ham United against Hull City in a crucial Premier League match. A game so tense that it qualifies as a six-pointer even in February.

Before the game, both clubs are locked together on 24 points, one clear of the drop zone, but early in the second half your team is 2-0 ahead, courtesy of Valon Behrami and Carlton Cole.

You win a tackle about five yards inside your own half and about 10 yards infield from the touchline. Do you:

a) Hold onto the ball and let your team-mates catch up
b) Play a simple ball inside to Radoslav Kovac and continue your run down the left wing
c) Drive forward with the ball, taking advantage of the open space ahead of you, and buy your defence some breathing room.

If you know anything about Alessandro Diamanti, it will come as no surprise that he chose option D in this situation. His next touch was a shot, and one that somehow won his team a corner kick after a backpedalling Boaz Myhill was forced to palm it wide.

Diamanti spent just one full season as a West Ham player, the 2009-10 campaign when the club somehow stayed up with a game to spare despite ending the season with 35 points.

It isn’t a huge stretch so say there wasn’t a huge amount for fans to cheer about that season, especially after the takeover by current owners David Gold and David Sullivan, after which manager Gianfranco Zola was essentially a dead man walking for several months.

This was a team that picked up just one win throughout December and January, to go along with their one win before the end of October, so perhaps the bar was set lower for a cult hero than it might have been in previous seasons.

Maybe it was because East London had been crying out for an enigmatic Italian ever since their 2003 relegation and the departure of Paolo Di Canio, but Diamanti left his mark in his all-too-short spell with the club.

Diamanti’s appeal went against everything anyone should demand from a relegation-battling team, which may be why his time at Upton Park hasn’t lived long in the memory for everyone.

In such a situation, fans are normally drawn to poachers who score important goals – Diamanti scored just three from open play, all in defeats, the same number as centre-back Matt Upson when you strip out the Italian’s penalties and free-kicks.

They tend to like players who make a noticeable difference to a survival effort – Diamanti missed the run of seven points from four games in April which kept the club afloat.

They often have a soft spot for players who stick around and carve out a niche – Diamanti left after just one appearance the following season, coming off the bench in an opening-day Premier League defeat to Aston Villa.

But different fans react in different ways to a club’s struggles, and from a personal point of view I delighted at seeing someone who clearly didn’t belong in a Premier League relegation fight, a magician with a left foot like no West Ham player before or since, and a selection of haircuts so diverse that even commentators struggled to identify him when he came off the bench against Villa with a shaved head.

This was a man who looked like he had ended up at the club by accident, but rather than adapting to the situation, he decided to just play his normal game for nine months while regarding everything else that went on around him as purely coincidental.

While Zola’s apparent lack of control could leave him looking forlorn on the touchline, Diamanti seemed to respond to a similar situation by appearing aloof, almost sapping the energy of his team-mates and channelling it all into a guttural yell in response to a rare goal.

He was the opposite of what was needed, which somehow made him even more precious. 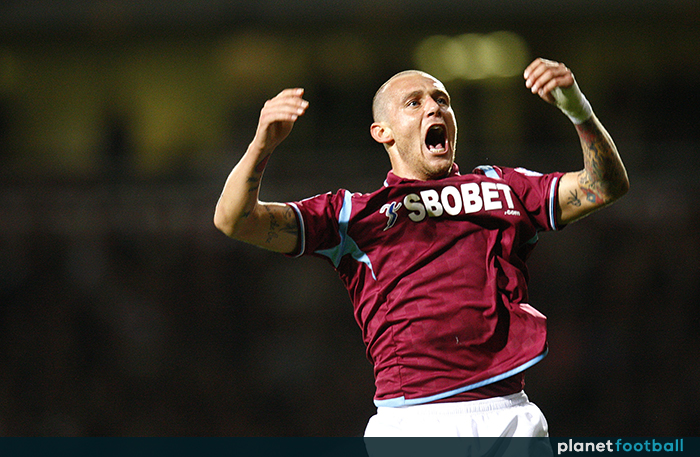 As a postscript, there are two Diamanti moments from his career after leaving West Ham which show the two sides of his game.

First, after returning to Italy, he produced a similar range of displays, only around more competent team-mates, and it was enough to earn him a call-up to the Italy squad for Euro 2012. West Ham fans lamented what could have been (just kidding, it was literally only me who did that).

Secondly, in May 2013, during Bologna’s Serie A game against Genoa, Diamanti had 14 – yes, fourteen – shots on goal and played a further 11 key passes. The game finished goalless.

Diamanti left Bologna in February 2014 to move to the Chinese Super League. They were relegated after scoring just eight goals in the 16 games that followed.

This season, back in Serie A with Palermo after a short-lived spell alongside Behrami at Watford, he has averaged one shot per 40 minutes. He is yet to score a goal.