Given the wealth of midfield talent on show at Chelsea in the Roman Abramovich era, it would be easy for even the most talented individual to slip through the cracks.

Indeed that exact thing has happened with Kevin De Bruyne, who left Stamford Bridge after just a handful of games, and Mohamed Salah, who made only 19 Premier League appearances for the Blues before returning after three years in Italy to rip it up with Liverpool.

For someone like Ramires, some of the names with whom he trained could have been enough to daunt many a midfielder, while those who preceded him in west London could easily have made it much harder to win over a fair but demanding set of fans.

He arrived in the same summer Michael Ballack and Deco departed, while Frank Lampard, John Obi Mikel and Michael Essien were all on the club’s books when he made the move from Benfica in by far the biggest deal completed by Carlo Ancelotti in his attempted title defence.

But a near-incomparable work rate, coupled with one of the great Champions League goals, ensured the Brazilian would be remembered fondly upon his departure for the Chinese Super League in 2016.

Yet, perfectly befitting Ramires’ unsung hero status, the thing for which he is best remembered away from Stamford Bridge – a goal against Barcelona – is not even necessarily the best example of a Chelsea midfielder finding the net against the Catalan club. 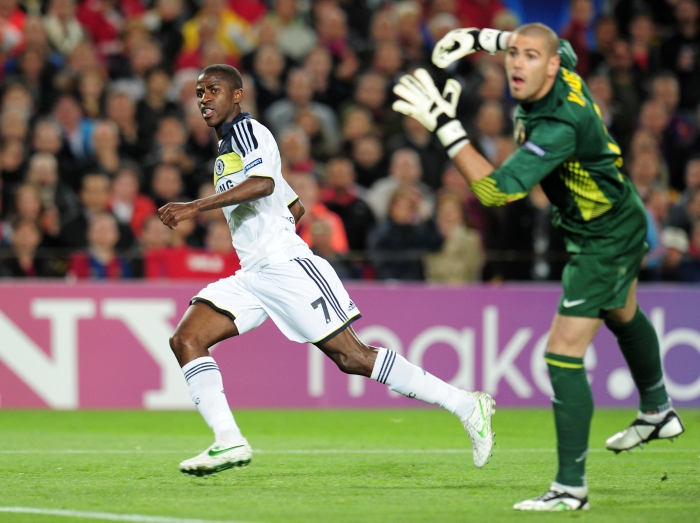 Back in 2009, it looked for some time as though the semi-final meeting between Guus Hiddink’s Blues and a Barça side managed by then-rookie Pep Guardiola would be decided by a moment of brilliance from Michael Essien.

Like Ramires, Essien was not best known for his goals, but a long-range strike against Arsenal and an almost-decisive volley against Barça meant few cared.

Of course, the visitors equalised late on, after escaping a number of penalty appeals, prompting Didier Drogba’s infamous ‘disgrace’ comments and an extended wait for Chelsea to get the better of their new rivals.

Back in 2009, he scored one of the greatest-ever Champions League volleys!

The Ghanaian midfielder would be joined by Ramires at Stamford Bridge a year later, after Ancelotti’s arrival brought a league title but no European glory.

Ramires made enough of an impact to rack up more than 25 league appearances, showing energy levels which were hugely in demand with an ageing Lampard in the same midfield, and he undoubtedly made more of an impression than fellow new arrival Yossi Benayoun.

But with the club failing to defend their title the following season, Ancelotti was moved on and so Ramires would have to prove himself to a new manager.

On the plus side, the new man was someone who knew him well. On the flip side that manager would not end up sticking around all that long. 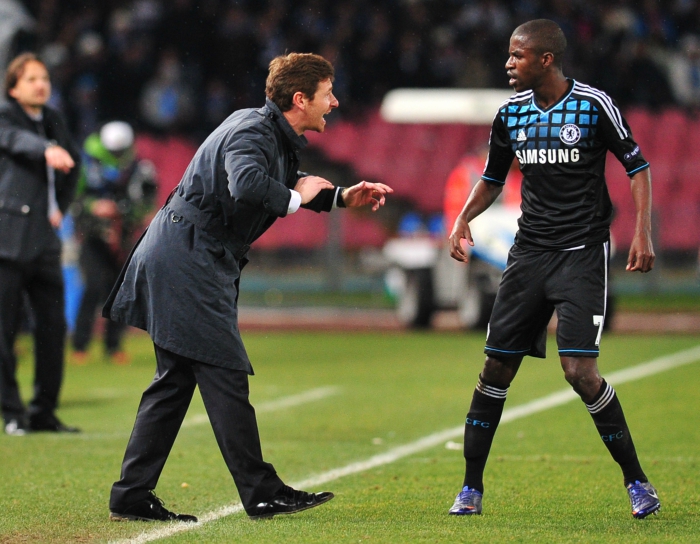 André Villas-Boas was Porto boss when Ramires was working his magic, so it was no huge surprise to see the Europa League winner make good use of his existing squad member.

Essien was the man to largely make way for AVB recruit Raul Meireles as the new manager looked to make a solid start.

Ramires made an impact in Europe, scoring important goals against Genk and Valencia to help Chelsea top their Champions League group, but domestic struggles saw the manager binned off and the Brazilian left with another man to impress in Roberto Di Matteo.

Doing it on the big stage

And, while the league form never really recovered, Ramires did what he needed to do on the biggest stage.

Most of the conversation around Chelsea’s match at Camp Nou surrounds Fernando Torres’ goal to seal victory, or at least Gary Neville’s reaction to said goal, but to look at that alone would do a disservice to the highlight of the 2-2 draw – and the goal which was sending Chelsea through on aggregate anyway before the Spaniard struck.

The beauty of the Ramires goal is, of course, the unRamiresness of it all.

It’s not that he was a non-scoring midfielder – he ended up with double-figures that season, after all – but he wasn’t a midfielder who you picked for this sort of goal.

Chelsea were two goals and a man down at this stage of the game, with John Terry seeing red for a needless knee on Alexis Sánchez, so if anything they ought to have been keeping things tight and looking to regroup a minute or two later when the half-time whistle blew. 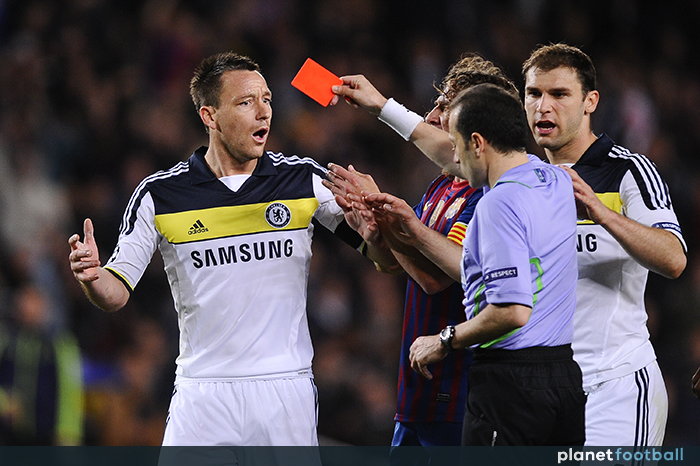 Ramires probably shouldn’t even have been in a position to get a shot away, considering the personnel on the field, but the subtlety he would go on to display is one of those moments that makes you think ‘you know what, we could really do this’.

Having burst between two Barça defenders, an all-action midfielder might look to power through on goal. He might look to blast it towards Victor Valdés’ net, running the risk of missing the target or putting the ball too close to the Spain international.

A deft chip would surely be at the back of such a player’s mind. That’s not to suggest Ramires lacks or lacked quality, but when you think of the sort of player who could pull off such a perfect finish at such a high-pressure moment, you don’t think of players like Ramires.

To do so by the finest of margins, only just evading Valdés’ fingertips while gaining enough lift and pace to give the covering defenders no chance…well that only ever happens once.

As Ramires ran onto Frank Lampard's perfect through ball who thought the Brazilian had this in his locker?

Of course we all know what followed.

Ramires might not have been available for the final in Munich, having picked up a suspension worthy yellow card, but Chelsea wouldn’t have been in a position to defy the odds were it not for his moment of calm while others were losing their heads all around him.

In a way, it may have suited him to miss out on that game, even if he’d have surely loved to have been involved.

His absence that night allowed him to continue flying under the radar and to continue making sure all that mattered was him doing his own job properly.

Ramires would end up sticking around long enough for the league title that escaped him in those first four seasons, even if he was no longer one of the first names on the teamsheet when José Mourinho led a very different Chelsea to glory in 2015.

In the end, even his departure was relatively low-key compared to some others, with many Blues fans in agreement that, when it came, the price and timing were both probably right.

They might not have missed him too keenly during their run to the title last season, but when Chelsea fans look back on Ramires’ time in London they’ll be sure to remember him very fondly, if only for one moment.