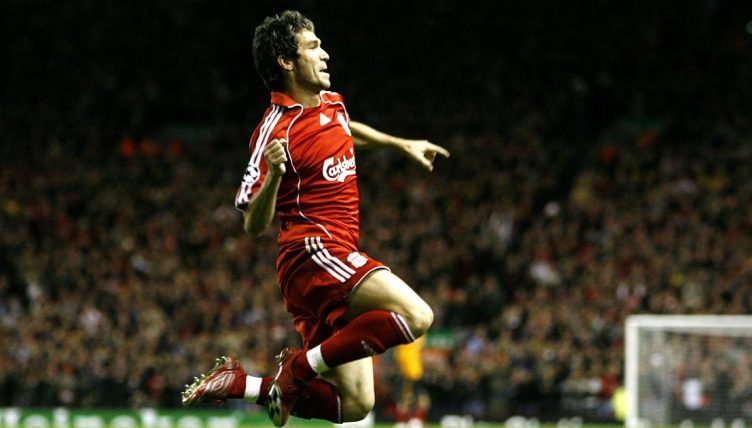 If you’ve ever been watching football with a Liverpool fan and seen Luis Garcia appear on screen as a pundit, you might have been surprised by their reaction.

It’s the sort of wide-eyed gawking you’ve expected from those who come face-to-face with an A-list movie star for the first time, near inertia, as if they are rendered helpless by the presence of such genius.

There’s nothing in Garcia’s game to make you think he should have such an impact more than, say, Fernando Torres or Luis Suarez. But to reach this conclusion is to fundamentally misunderstand the impact the Spaniard had on supporters of the Merseyside club.

When Garcia arrived at Anfield from Barcelona in 2004, it looked to some like an admission of defeat, an acceptance that the dream of making it at his boyhood club was dead.

Barca had exercised a buy-back clause to re-sign the Catalan from Atletico Madrid a year earlier, but his second stint had lasted just 12 months before Liverpool – and their new manager Rafa Benitez – came calling.

The move saw him reunited with Benitez after performing so well for the manager during a loan spell at Tenerife in 2000-01, and this kind of loyalty in the face of logic stood him in good stead for a club who had already gone more than a decade since their last league title.

The Reds weren’t supposed to be in contention for a top trophy in the 2004-05 season, but Garcia – along with another new arrival in Xabi Alonso – helped them on a journey to Champions League glory which seems preposterous even today.

At 26 years of age, Garcia was no young prospect owed time after arriving. He should have been able to contribute from the get-go, and thankfully for him, his first 10 games brought three goals – including a truly special one against Charlton Athletic.

The calmness of the Addicks defence almost felt like an invitation for him to show what he could do, while half-assuming he was far enough from goal to assume the danger was minimal.

After sending the ball past Dean Kiely and into the top corner, the confident celebration carried the swagger of a man who wanted to say, “What? You thought there would be any other outcome?”

Garcia was never the kind of player you’d be able to understand by looking at his numbers, or even by the kinds of goal he scored. He might have ended up at the Reds’ joint-highest scorer in his debut season, but few will point to the 13 goals he netted that season when attempting to explain his value to the club.

Liverpool had lost Michael Owen in the same summer Benitez and the Spanish contingent arrived – Antonio Nuñez and Josemi were also among the pre-season arrivals – and the change in personnel necessitated a change in approach.

No longer could they fall back on a dominant finisher. Commitment and a willingness to fight for the name of the shirt were the ingredients needed, even if there was never a real suggestion that the elusive league title was close to arriving.

“After seven years, they are still singing my song and sending me messages, asking me how I feel and where I am – and if I’m coming back. It is one of the most important things I’ve ever had,” Garcia said nearly a decade later as he prepared to call time on his career.

Goals like the one against Charlton might have set the ball rolling, inspiring thousands to sing “he came from Barca to bring us joy”, but García’s role in the run to the Champions League title was even more important in forming a bond between one man and his adopted city.

The Liverpool team that took on Juventus in the quarter-finals shouldn’t have stood a chance. Garcia was joined in midfield by Steven Gerrard, Igor Biscan and John Arne Riise, while Anthony Le Tallec and Milan Baroš formed a front two which wasn’t exactly Europe’s most lethal, yet they got the better of a side boasting the likes of Alessandro Del Piero, Pavel Nedvěd and Fabio Cannavaro. 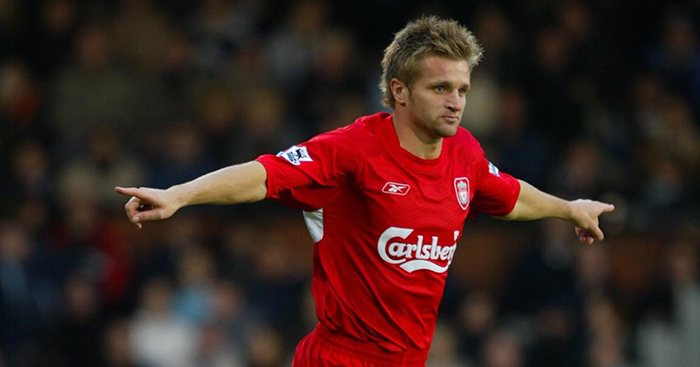 In the opening half-hour, though, the hosts gave Scott Carson and his defence something to protect, and over the following two and a half hours they did just that.

While Sami Hyypia’s opener wasn’t too shabby itself, Garcia’s goal to double the lead was the stand-out moment. It felt like the ball sat up in the air for an age, almost willing him to snatch at the chance.

It was as if the ball repeatedly poked the Spaniard on the back of his shoulder, whispering, “Don’t f*ck this up, you’re only going to get one chance.” It was as enticing as it was off-putting, forcing him to drown out the Anfield crowd he’d helped whip into a frenzy and hold off until the perfect moment to beat Gigi Buffon.

Naturally, you know what happened next.

When you speak to fans of other clubs about Luis Garcia’s time in England, the notorious ‘Ghost Goal’ against Chelsea in the semi-final immediately comes to mind.

If the strikes against Charlton and Juve give you two elements of his success at Anfield, the close-range effort against the Blues provides the third.

We had to see him exploit lax defending as he did under Benitez at Tenerife, and then we got a glimpse of his calm in the face of opponents who might have been too daunting for other players, but the set was completed when he scored arguably the most important goal of his career through sheer force of wanting to score.

Whether the ball actually crossed the line is immaterial: the strike against Chelsea saw Jose Mourinho’s win-at-all-costs mask dented by a man even more determined for the moment to be his.

Liverpool have had better players than Luis Garcia since he left in 2007, and he’d have struggled to get anywhere near some of their best recent XIs, but that’s not the point.

He thrived at Anfield because he developed a bond with the fans which few others managed so quickly, and he has kept that bond for more than a decade.

That look on the faces of fans whenever he appears on their screens? They’re not faking it – that’s a proper connection.