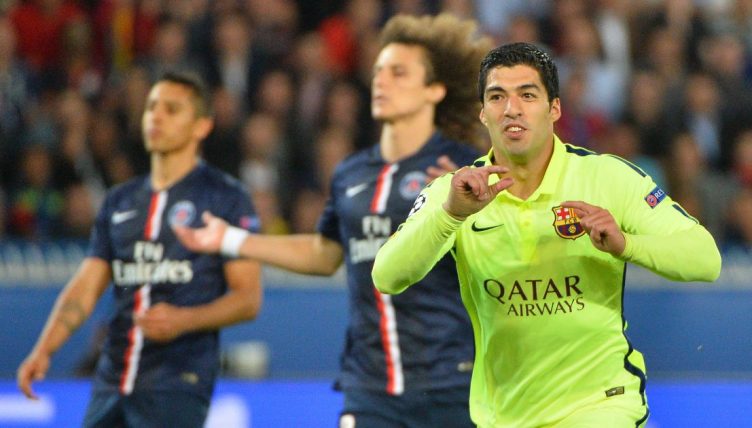 Back in 2015, the centre-back scored for PSG to force extra-time against Chelsea in the last 16 of the Champions League, with the Parisiens subsequently progressing on away goals.

One round later, though, he was probably wishing he hadn’t.

Luis Suarez’s first nutmeg on the Brazilian is enough to be an attacking highlight of most games.

And yes, calling it his “first nutmeg” might be a spoiler but: 1) this game took place seven years ago, and 2) shut up.

Luiz is as close as you can get to the archetype of a defensive showman. Part of that requires recognising when you need to play a supporting role rather than making yourself the leading man.

As such, he reacts perfectly, continuing to jog as if he’s little more than a ghost and barely even attempting an intervention as the Barca striker becomes an equal opportunities embarrasser, holding off two more PSG challenges before beating Salvatore Sirigu.

By leaning heavily into the idea that it’s not about you, it can be possible to convince viewers to forget it had anything to do with you at all. Well, until it happens for a second time, at least.

When Suarez returns for round two less than 15 minutes later, Luiz’s subdued swagger that tries to convince us, “That’s what I wanted to happen,” is no longer an option.

Suarez is still the star of the second act, but Luiz’s role becomes necessarily active – not that he’d want it that way.

By effectively resuming a trot, as with the first goal, you’re accepting you’ve been schooled while hoping there are at least a few people who aren’t able to figure that out.

When you’ve already slowed as your first weapon against bad optics, you’re left with no option other than effectively grinding to a halt.

The second nutmeg is so perfect it almost feels like an attempt to perform a stage version of the first, glossing over any kinks and making it more welcoming to those with a front-facing view. He’s not so much breaking down the fourth wall as he is creating one, reinforcing football’s status as art performed for a watching audience.

David Luiz is right to hold his hand up, but he’d have been even better off refusing to turn around and witness what follows. After all, is the villain slain on stage expected to open his eyes to see how his killer disposes of his body?

Suarez probably couldn’t have chosen a better opponent than David Luiz on whom to unleash this slow death.

The Brazilian is enough of a maverick to have a higher embarrassment threshold than most, ensuring he’ll willingly put himself in precarious situations under the assumption he’ll eventually be able to make a positive contribution to cancel out any setback.

Indeed, he almost achieved just that against Barcelona, hitting a powerful shot on the turn to force a brilliant save from Marc-Andre ter Stegen in between those two nutmegs.

The ideal target for embarrassment is someone who won’t feel shame on a personal level, thereby transferring it to those around him. This helps soften the threat of those who might counter you with force, while leaving your most confident challenger with the same mindset they had before the original humbling.

Of course, it would still be nothing without Suarez’s perfect execution. In the 2014-15 season he was coming off the back of that unstoppable farewell campaign at Anfield and, while he was unable to match that goal tally at Camp Nou until the following year, the moments of unstoppability still presented themselves.

For him, it wasn’t a case of trying to beat Luiz, at least not after the first instance: it was knowing he was going to do it, and the rest taking care of itself.

Luis Suarez’s two goals that evening in Paris were the same one, played out from different angles.

They were the RSC version of a Shakespeare play and the glossy teen movie reboot.

They were the unlikely breakthrough chart hit from a touring band and the slowed-down cover in the end credits of a Hollywood film.

It’s up to you to decide which was which.