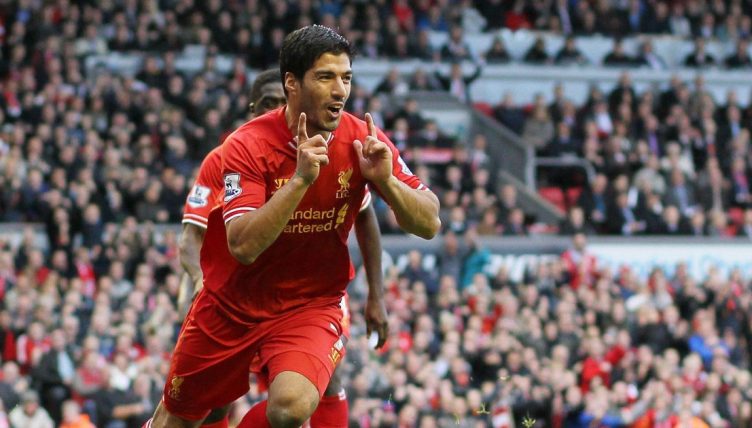 It took Brendan Rodgers spending three years at Celtic and rejuvenating Leicester City to be taken seriously as a coach by some people – but we should all now be able to appreciate just how bloody good his Liverpool team was in 2013-14.

Having finished eighth in the Premier League under Kenny Dalglish in 2011-12, Liverpool improved their position by only one place in their first season under Rodgers before narrowly missing out on the title in their second having amassed an incredible 101 league goals.

But rival fans were always more amused by Rodgers’ off-field persona than what he was doing on the training pitch, and even that brilliant 2013-14 campaign somehow ended with the Reds the butt of the joke after Steven Gerrard’s slip at Chelsea and then Crystanbul on the home straight.

Looking back with hindsight we can celebrate what was, in fact, an extraordinarily entertaining team, their sh*thouse of a striker Luis Suarez, and one of the many utterly ludicrous goals he scored that season.

There were 31 in the Premier League alone, winning him the Golden Boot, and at times it felt like he was attempting to become the first player in history to also provide every single Goal of the Season contender, too.

There were brilliant free-kicks against Everton, Norwich and Chelsea, the chip against Spurs, the customary long-ranger against Norwich and countless solo dribbling goals but arguably none better than the header he scored against West Brom… from the edge of the area.

Suarez had missed the first five games of the season through suspension, but he scored three goals and set up two more in his first three games back and had already scored another – a lovely dribble and finish – in his fourth when he really started to take the piss.

Generally speaking, headers are scored by big centre-backs up for a set-piece, targetman strikers getting on the end of a cross, or poachers getting the last touch in the six-yard box.

Anything from the penalty spot or beyond will raise eyebrows and encourage words such as ‘thunderous’, but headers from any further out just don’t really happen, save for some sort of calamitous goalkeeper and defender mix-up. Or if you’re Luis Suarez.

The more we watch it, the less we understand it.

First of all, what was the cross from Aly Cissokho about? It’s not exactly conventional to send in crosses to the edge of the box at head height.

Was this just him being a bit shit, scared of the impending tackle, or was he already aware of Suarez’s new superhuman ability and knew he could finish from there? Either answer is possible.

But the cross wasn’t exactly fired in. It wasn’t a floater either, but it certainly wasn’t sent in with the kind of pace you’d expect would be needed for someone to head it into the back of the net 18 yards away.

And, sure enough, Suarez’s header wasn’t what you’d call a bullet. It was well-directed, right into the top corner, but from 18 yards away at that kind of pace you’d think Boaz Myhill should have been able to reach it.

But, in his defence, he can certainly be excused for not expecting a header from Suarez – it’s not like we’re talking about Alan Shearer here – to find the top corner from the edge of the penalty area. We cannot stress this enough: headers aren’t meant to be scored from there.

It’s almost as if Myhill purposely dives lower than he could have done, his brain tricking him into believing the ball can’t possibly be heading for the top of the net from that far out. It’s only at the very last minute that he flicks his fingers upwards, realising the little shit has managed the impossible.

He looks down at the turf for just a split-second longer than is customary, trying to work out what on earth has just happened.

But that was Suarez and Liverpool that season. Constantly scoring goals nobody thought they should be capable of. Remember, they had finished seventh the year before; now they were scoring headers from the edge of the box.

And it clearly inspired his team-mates to believe they too could do whatever they wanted: after Suarez had completed his hat-trick and James Morrison had pulled one back for West Brom with a penalty, Daniel Sturridge scored an exquisite chip for one of his 21 goals in the Premier League that season.

Liverpool averaged 2.9 goals a game once Suarez had completed his suspension. They put four past Arsenal, then five. They put five past Norwich, Stoke, Spurs. They put six past Cardiff. This was a team with the confidence to believe they could score whenever and however they wanted.

Why? Because Luis Suarez headed in an Aly Cissokho cross from 18 yards out.