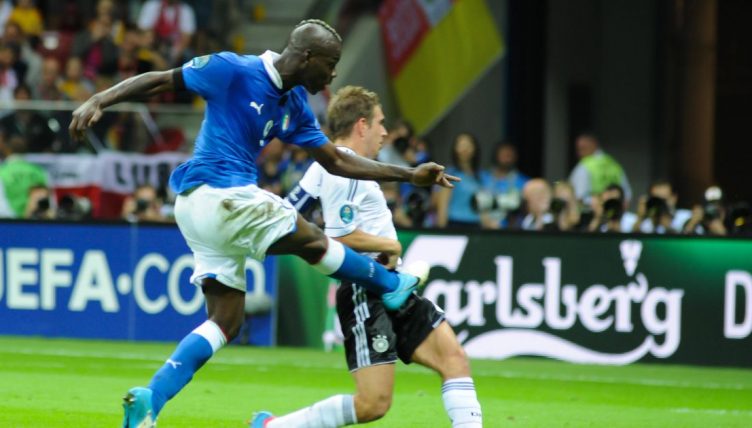 Mario Balotelli never fulfilled his potential, but for one month in the summer of 2012, it looked like he would.

Italy headed into Euro 2012 on the back of two big disappoints, having only just made it out of the group stage at Euro 2008 but gone no further, and having fallen at the first hurdle at the World Cup two years later.

One of their main problems on both occasions was the lack of a prolific striker. Not one player scored more than one goal at either tournament with Luca Toni, Alessandro Del Piero, Antonio Di Natale, Antonio Cassano, Vincenzo Iaquinta and Alberto Gilardino all failing to deliver.

With all of the above retired or past their best by 2012, it was time for a new man to try and fill the void. That man’s name was Mario.

That filled Italians with hope and fear in equal measure – Balotelli was undoubtedly talented, but infamously unreliable.

The club season just gone had been his best yet. He’d scored 17 goals in all competitions for Manchester City to help them secure their first Premier League title, but he was still making the headlines for the wrong reasons as often as he was for the right ones.

As a result, he had plenty of critics and doubters, and he did little in the first two games of the tournament to silence them.

Italy made a strong start to their campaign, deservedly picking up a point against pre-tournament favourites Spain, but Balotelli didn’t really impress.

While he worked hard, he also missed his side’s biggest chance of the night and was subbed off after picking up a yellow card, with his replacement, Di Natale, scoring straight after coming on. 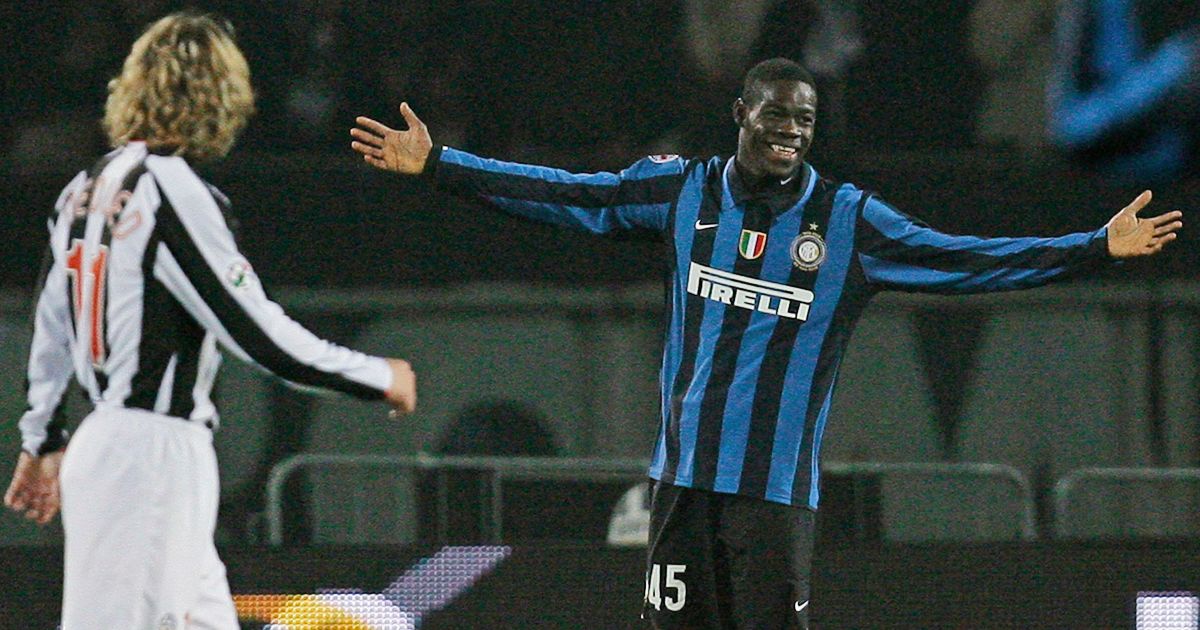 It was a similar story in the second match against Croatia. Again, it wasn’t for the lack of trying, but he just wasn’t as clinical as his team needed him to be, failing to really trouble the keeper when presented with sights of goal.

That led to calls for Cesar Prandelli to drop him for the final group stage game against the Republic of Ireland, and the manager did just that, giving Di Natale the nod instead.

You’d have been forgiven for expecting him to throw his toys out of the pram about it, but he instead kept his head down and took his last chance to claim a spot in the starting XI for the knockout round.

He was brought on in the 75th minute with his team possessing a 1-0 lead and knowing they’d be out if they couldn’t hold on to it. Things were tense, but the City man soon changed that.

He held up the ball excellently, wasted time, won free-kicks and secured the victory with a fantastic goal in the last minute, volleying in from a corner. At last, he had made his mark.

That cameo earned him a start in the quarter-final against England, in which he did everything but score.

He was one of the most threatening players on the pitch throughout, creating chances for both others and himself, although he wasn’t able to convert any.

When the match went to penalties though, he made no mistake, firing past club team-mate Joe Hart.

It had been a good performance, but it was in the next match against Germany where he well and truly showed just how brilliant he could be.

Italy headed into it as big underdogs, with the Germans being perhaps the most impressive team of the tournament at that point. People were already drooling at the prospect of a final between them and Spain, but Super Mario had other ideas.

The match started off as many had expected, with Germany all over their opponents. But then, out of nowhere, Balotelli struck.

After a lovely bit of skill, Antonio Cassano crossed the ball in from the left, and the striker gave the Azzurri the lead with a thumping header.

It was the biggest goal of his career, but only for about 15 minutes. Things were about to get even better.

With the game reaching the half-hour mark, Riccardo Montolivo played a ball over the top of the Germany defence and Balotelli timed his run to perfection, staying onside to go through on goal.

He still had a lot to do, with one of the best ‘keepers ever in his prime standing between himself and the goal, but Manuel Neuer never had a hope in hell.

The Italian let the ball bounce past him, took one touch and blasted it into the top right corner with obscene power.

“This is his night,” said Guy Mowbray as the man of the moment took off his shirt and flexed his muscles for the world to see, and while there was still an hour left, the commentator was right.

A star had been born, and nothing else that happened in that match could steal the spotlight from him.

There was nothing Balotelli could do in the final as his team-mates were outplayed by a Spanish side that produced one of the greatest performances ever.

Nevertheless, he was named in the team of the tournament and had ensured that, whatever direction his career went in from there, he’d always have a place in the history books.

If not for that performance against Germany, given how things have panned out for him, people would probably know him in years to come as nothing more than the crazy guy who got into a lot of trouble, wore a funny t-shirt in a Manchester derby and set up that Sergio Aguero goal. 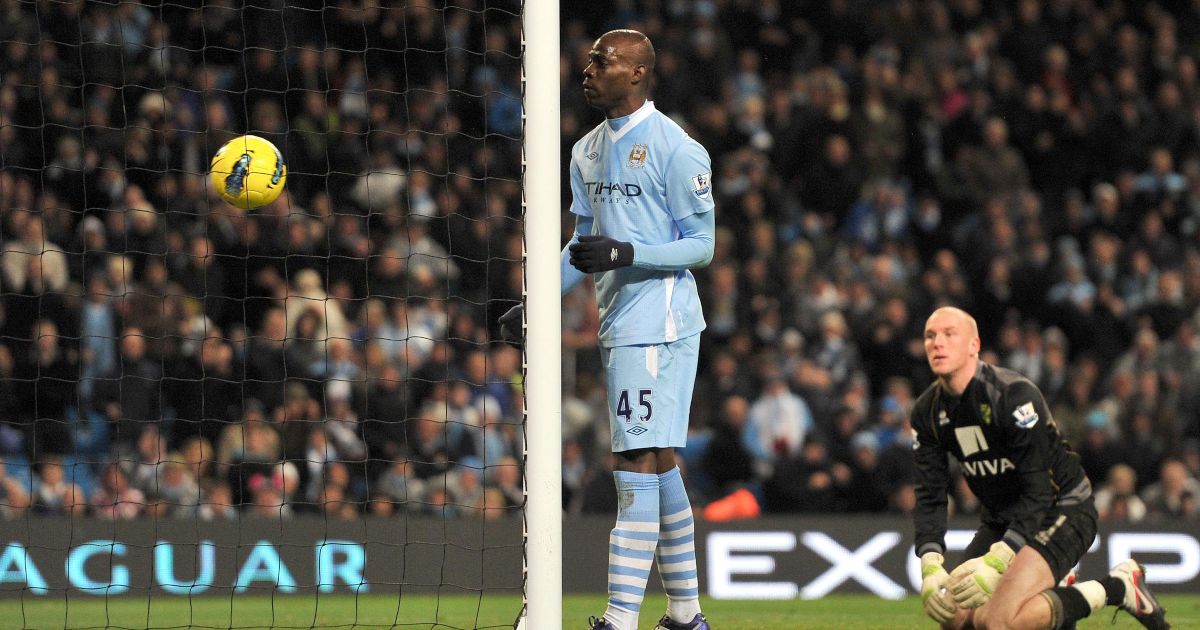 Thanks to that game though, he’ll forever be remembered as the man who gave his national team and its fans one of their best nights.

“After the game, when I went to my mum, I said “these goals are for you… I wanted to make my mum happy,” he said after it.

He certainly did that, bringing joy to her and millions of others throughout Italy, and that’s a legacy to be proud of.

‘I want to slam him into a wall’: Mario Balotelli’s post-Man City career