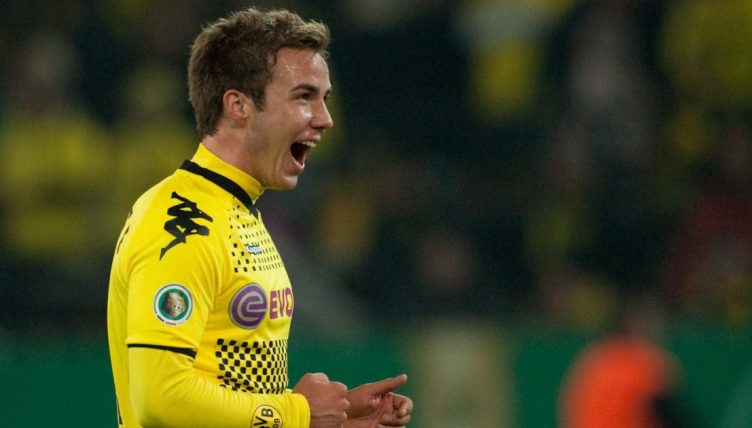 When a player has a career as lopsided as Mario Gotze’s, it can be easy to focus too heavily on the bad side and forget that the other side was really, really good.

Gotze left Borussia Dortmund when his contract expired at the end of the 2019-20 season, but the conversation around the World Cup winner’s departure is very different to the first time he waved goodbye to the Westfalenstadion.

It’s not just because he had a proper farewell, after injury robbed him the chance of a glorious goodbye in the 2013 Champions League final against Bayern Munich, at the same time robbing Dortmund of one of their most lethal weapons for a once-in-an-era game.

Make no mistake, this Jurgen Klopp team didn’t belong to the same generation as the 1997 European champions, and the loss of Gotze was the first step in the eventual dismantling of the squad before they had another shot at this kind of glory.

Gotze was a real star in that 2012-13 season, reaching double figures for both goals and assists – netting twice as Klopp’s team went 11 straight games without defeat en route to the Champions League final – but it wasn’t the start of his greatness.

No, we first became aware of his brilliance back in 2010-11 when Dortmund won the league by a distance, thanks in no small part to the contributions of a teenage Gotze enjoying a breakout season.

One of the greatest tests of a team is how they respond when things stop going their way, and there was a point in that campaign when Dortmund began to stumble in pursuit of their first title for nearly a decade.

After a narrow defeat to Hoffenheim in March, a late equaliser from Mainz’s Petar Sliskovic at the Westfalenstadion and a surprise opener from Mohamed Abdellaoue of Hannover next time out left Klopp’s team staring at the spectre of a collapse.

At this point, though, Gotze knew what was needed. If no one else was going to pull the team out of a whole, he’d do it himself. 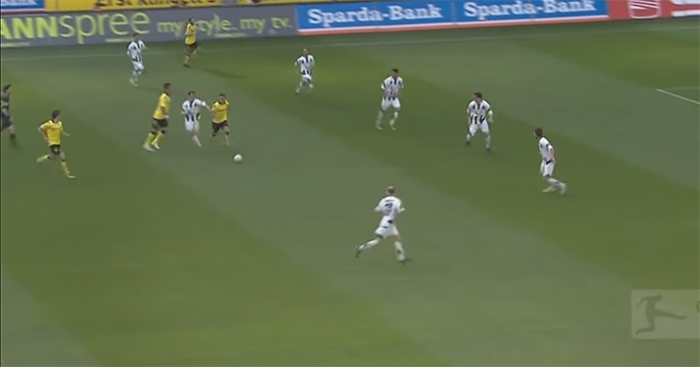 It’s a one-on-six battle as Gotze attempts to shake off the challenge of Hannover midfielder Sergio Pinto.

This isn’t a trick of the mind, either. The camera angle isn’t deceiving us, as with Diego Maradona against Belgium – it’s a genuine outnumbering.

But the advantage of youth, for many, is the lack of fear. It’s the reason a 22-year-old Gotze stepped up to win Germany the World Cup in 2014, and why those who have yet to fail are often less likely to crumble or overthink their responsibilities.

What looks insurmountable from a wider angle is anything but when you’re in the moment. In Gotze’s eyes, he just has two targets – point A and point B – rather than six.

And so, in one slalom, he takes out everyone in his wake with such grace they don’t even immediately know they’ve been beaten.

As Christian Schulz slides across from the left, it almost feels like he’s instructing Gotze, while hitting the release button on Emmanuel Pogatetz to force open his defensive partner’s legs.

It might look like incredible vision and improvisation from a distance, but another way of looking at it is to acknowledge that, from Gotze’s point of view, there really was no other option.

He was being willed forward, and his body complied the only way it knew how. It just so happened this way was the most beautiful as well as the most effective.

The squeezed finish, helped into the net by a touch from defender Karim Haggui, is almost necessary in its lack of smoothness. Gotze was operating in a space so confined that a simple, unimpeded finish would have betrayed the difficulty of the manoeuvring which preceded it.

If there’s not ugliness alongside the beauty, maybe it wasn’t enough of a struggle to begin with. 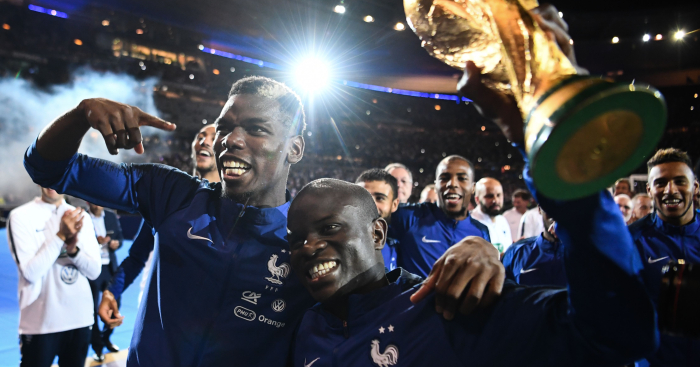 QUIZ: Can you name every player to score in a World Cup final since 1990?

That 2010-11 campaign and his first ‘last’ Dortmund season were the only times Mario Gotze played 40 times in a single campaign for the club.

Injuries blighted his return, and it’s tougher to build up a head of steam in both the micro and macro sense when everything is so stop-start.

When that’s the case, the powerful instincts of the Hannover goal become an accidental exception rather than something which syncs with your actions before and since.