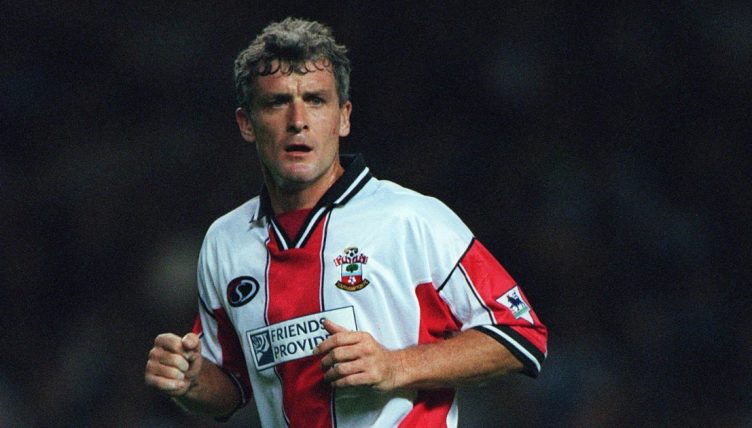 When you think of ‘ghost goal’, chances are you think of Liverpool’s Luis Garcia scoring against Chelsea. Maybe you even hear it in Jose Mourinho’s accent.

You might think of Frank Lampard against Germany, Geoff Hurst in 1966 or – more recently – Orjan Nyland getting away with fumbling the ball over his own goal-line thanks to Hawk-Eye momentarily falling asleep.

Chances are you don’t think of Mark Hughes and one of the most bizarre moments in Premier League history. Not unless you’re one of the true heads of controversially-given/not-given goals.

Back in September 1999, the prospect of goal-line technology was a long way off the agenda. But if there was one stadium in the world that could’ve done with it back then, it was the Dell.

Connoisseurs of 1990s Premier League action know all about the uniquely shallow goal nets at Southampton’s old ground, long before the branding of the competition ironed out such idiosyncrasies and made everything uniform.

The tightest goal nets in the history of football were of course these chaps at The Dell, Southampton. pic.twitter.com/IHxCitII

Admittedly, The Dell’s legendarily depthless nets are probably one thing we’re happy to leave in the dustbin of history.

Occasionally the tautness of the material gave a good strike an extra sheen – see Rod Wallace’s wondergoal against Chelsea in 1990 – but more often than not, the satisfaction was diminished by the ball bouncing back out or barely having enough room to nestle in.

How many Matt Le Tissier volleys would’ve looked even better with a couple of extra feet of rocketing past the goal line?

Nobody knows this better than Mark Hughes, who only scored two goals in 61 appearances for Southampton in the veteran stage of his career between 1998 and 2000. In fairness, it should’ve been three.

It wasn’t often he demonstrated his famous finishing prowess for Saints, but he didn’t half catch the ball sweetly from a corner against Leeds United in August 1999.

Le Tissier floated in a deep corner to pick out Southampton’s No.9, who was unmarked at the far edge of the six-yard box.

From the moment it left his foot, Hughes must’ve known it was in, putting his arm in the air and wheeling away to celebrate.

Such was the power behind the shot, it took less than two bewildering seconds for the ball to bounce off the advertising hoardings and back out, away to a Leeds defender, who gratefully hooked it away.

Alan Wiley was unmoved, instead signalling for a throw-in after making the assumption the ball must’ve ricocheted back off one of the many bodies in the penalty area.

To be charitable to the referee, it all happened in the blink of an eye; I defy anyone on first viewing to confidently declare whether it crossed the line or not.

To be less charitable, Wiley was actually right there, witnessing the goal up-close and from a perfect vantage point, not viewing through the lens of the late 90s Sky cameras, long before the crisp definition of HD and 4K.

Commentator Jon Champion spotted it, claiming he thought it was a goal and being proven correct.

The would-be equaliser didn’t stand and Leeds went on to complete a 3-0 win, with a young Michael Bridges stealing the headlines with a superb hat-trick.

Unlike the famous did-it-cross-the-line ghost goals by Hurst, Lampard and Garcia, Hughes’ undoing was that his strike was too emphatic. Perhaps the only time in football history that “he hit it too well” actually makes any sense.

It wasn’t to be the only time in Hughes’ career that he was left fuming at a referee and the lack of goal-line technology.

Back in March 2012, Hughes was managing QPR and a legitimate Clint Hill goal wasn’t given in a costly 2-1 defeat to relegation rivals Bolton Wanderers.

“I think that’s absolutely ludicrous that they come out and try and protect the poor performances of the officials that they supply,” he responded.

“I think that’s a joke. Goal-line technology should come in. But until it comes in they should actually do the job that they’re supposed to do, which is check whether or not the ball has gone over the line. You can’t hide behind the fact there isn’t the technology to cover up a poor performance.”

Goal-line technology was finally introduced the following year. If only it was around in 1999.