An ode to Maxi Rodriguez, Liverpool cult hero & the man who made time stand still 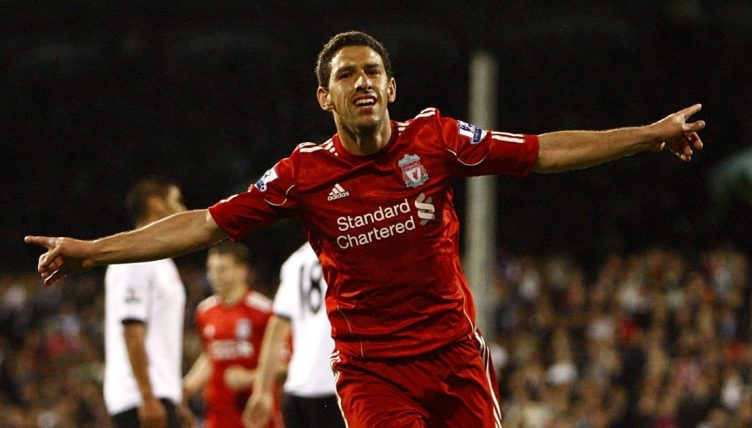 Maxi Rodriguez became a cult hero during his spell at Liverpool, but the winger will always be remembered most for his exploits in an Argentina shirt.

When we talk about the ball hanging in the air, normally it’s a header from a late-arriving player or a Marco van Basten-esque first-time volley.

Sometimes we’ll even use it for a chip, often from deep, which seems almost statuesque at its peak before deciding it’s time to drop below the crossbar.

The idea of time standing still is an exaggeration, of course, but speed of thinking and speed of movement can give the air of a slow-mo highlights montage in real time.

The ball can pass onrushing defenders before they have time to figure out their bearings, or the movement of an attacker can leave them tackling thin air and scratching their heads.

But for time to stand still twice, both times for the same player, in extra-time of a World Cup knockout game, no less, requires something special.

In 2006, at the end of a long night in Leipzig, Maxi Rodriguez provided just that.

Rodriguez knows he’s going to score from the moment the ball leaves the boot of captain Juan Pablo Sorin.

Maybe he knows it even earlier when substitute Lionel Messi puts his fresh legs to use and carries the ball forward into the Mexican half of the pitch.

He might even know when he slips in his own half, almost causing him to fail to collect a pass from Lionel Scaloni, before regaining his footing and playing Messi into space on the halfway line.

How else could you explain the purposeful run from deep, which begins long before Sorín receives the ball but seems to come from a place of knowing where the left-back will eventually send it?

How else could you explain the confidence of the chest control, taking the first hang of his teammate’s crossfield pass and instantly turning it into a second?

That’s not how humans control the ball with their chest. The power and control takes Gonzalo Pineda out of the game as if Rodríguez was performing an upper-body Cruyff turn.

And then the shot, with his weaker foot, no less. That’s the volley of a man who knows he’s timed everything else perfectly and thinks there’s no other option but to trust his body to get it right again.

Oswaldo Sanchez, in the Mexico goal, is just window-dressing. He shouts and screams, but at what? Not at his defenders, surely, who would have needed superhuman powers to deal with any part of the move.

We can only assume Sanchez is cursing God, both for restricting him to a mere 6ft 1in and for ensuring that fact of his anatomy would betray him when it mattered most.

Without that goal, Rodriguez might just have been another cog in a brilliant but frustrating Argentina machine.

This was a team that many feel should have won the World Cup in 2006, having scored another of the goals of the tournament when Esteban Cambiasso rounded off a 24-pass move against Serbia & Montenegro, a game in which Rodriguez scored his first two tournament goals but was happy to let his colleagues take the plaudits.

That’s not to say the wide midfielder wasn’t talented, but the class which flowed through the team – Juan Román Riquelme pulling the strings, Sorin creating from deep, Hernan Crespo supported by Javier Saviola and Carlos Tevez in attack, a teenage Messi and fellow ‘New Maradona’ Pablo Aimar available from the bench – meant his was a name which might have been forgotten amid the headline-grabbers.

Until he took matters into his own hands and grabbed the headlines himself.

It was the same at Liverpool, where Rodriguez arrived in January 2010, shortly after his 29th birthday.

He scored just four times in his first 14 months at the club, standing out less than fan favourites and Anfield veterans Steven Gerrard and Dirk Kuyt, but when he did hit his stride he did so in some style.

When discussing Harry Kane’s record-breaking goalscoring exploits in 2017, much was made of the fact that, in the time the England man has scored six hat-tricks, no other Premier League player scored more than one.

Well, not only did Rodriguez achieve the feat in 2011, but he did so in the space of three games, even adding another goal in the intervening week.

"Maxi, Maxi Rodriguez runs down the wing for me…" 🎶

First up was a treble against Birmingham, which ended a four-month streak without a goal for the Argentine. Then came the solo strike in a win over Newcastle, followed the next week by three more in a 5-2 demolition of Fulham at Craven Cottage.

That performance was capped off by the long-range thunderbolt you see above, again the type of goal you get from a player who just knows the ball is about to hit the back of the net.

“The more his team needs him, the more he offers,” Fernando Torres said of his then-team-mate in 2010, off the back of a difficult final season under Rafa Benitez.

That may be the case, but arguably his finest moments came when his team were more than capable on their own, giving him the freedom to play for himself.