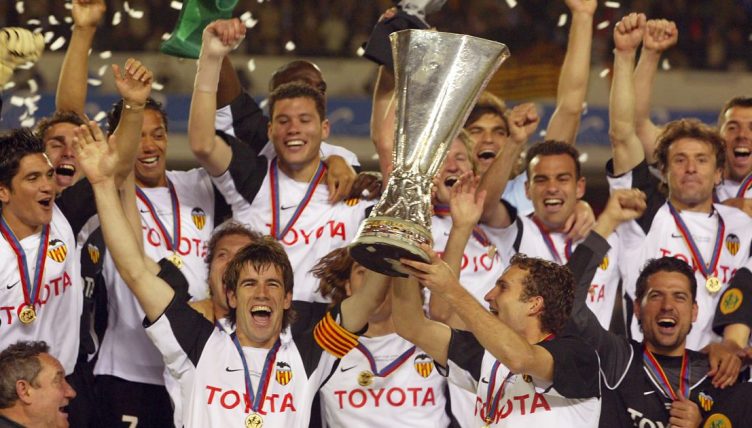 Most fans wouldn’t burn an effigy of a manager who took their team to two successive Champions League finals. But that’s exactly what Valencia supporters did.

The Mestalla faithful have a reputation in Spain for being difficult to please. Perhaps their success in the early days of European football has something to do with it when they won back-to-back Fairs Cups in 1962 and 1963 before losing the 1964 final to Real Zaragoza.

Valencia developed a reputation for attractive, attacking football. In the 1961-62 Fairs Cup, for example, their results included 7-1 demolition of Nottingham Forest side in the first round, a 10-3 win over Hungarian giants MTK, and, most famously, a 7-3 win over Barcelona in the final.

The result is that Valencianistes have a difficult relationship with defensive managers. Even the legendary Alfredo Di Stefano wasn’t met with approval upon taking the Valencia hotseat, despite ending a 24-year wait for the league title.

Phil Ball writes in ‘Morbo: The Story of Spanish Football’: “The fact that Valencia won the league in 1971 under Di Stefano could not hide the fact that the team had lost its swashbuckling spirit … [he] turned out to be a manager of wholly defensive instincts … his period in charge is looked back upon with little affection.” 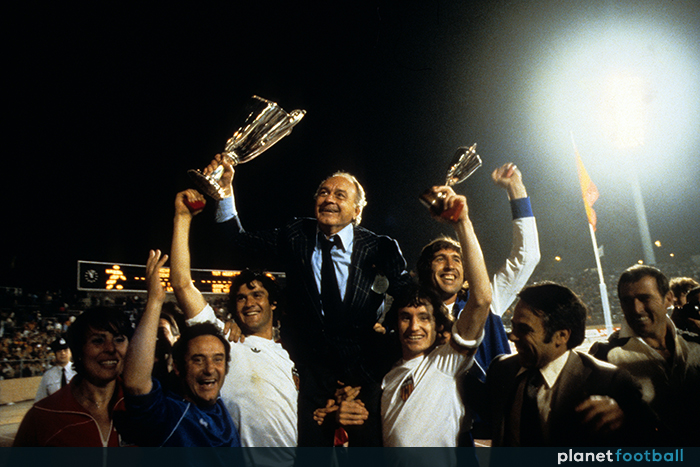 Which brings us on to Claudio Ranieri. When the Italian took over at Valencia, they had just disastrously finished the 1996-97 season in 10th place, having come second the previous season, and had got off to a bad start in the new campaign under head coach Jorge Valdano.

Ranieri was able to steady things up, playing his now-familiar counter-attacking 4-4-2 to lift the side out of the relegation play-off places, and despite an embarrassing 6-0 defeat to relegation-threatened Salamanca in April, they ended the season in a respectable ninth place.

Valencia carried that form into 1998-99, and much like Riyad Mahrez and Jamie Vardy would later flourish under Ranieri under Leicester, 23-year-olds Gaizka Mendieta and Claudio Lopez were transformed in the Italian’s only full season at the Mestalla.

Mendieta had been at Valencia for years and had carved out a reputation as a reliable if unspectacular young player. Under Ranieri’s system, however, he emerged as one of Spain’s most potent attacking midfielders, scoring 10 goals in 30 league games in 1997-98.

He had scored four in 119 in his previous six seasons at Valencia but would maintain his new rate of return for the remainder of his time at the club, scoring a further 30 league goals in his final three seasons there.

Not only did Lopez’s goals fire Valencia to Champions League qualification as they finished fourth, but his frankly ridiculous nine goals in six games – including two in the final – clinched the Copa del Rey for Valencia. 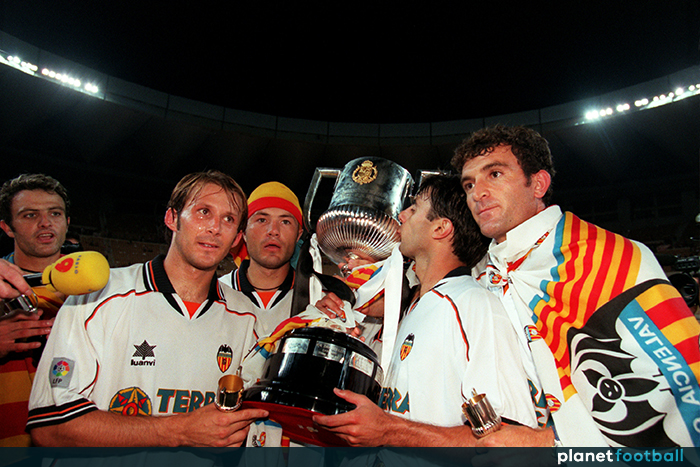 Ranieri left for defeated finalists Atletico Madrid after that game having characteristically captured the hearts of practically everyone at the Mestalla.

His replacement was the man who had led Mallorca to finish one place higher than Valencia that year: Hector Cuper.

Like Di Stefano years before, Cuper’s primary concerns were defensive. Among his earliest signings was Mauricio Pellegrino, sadly best remembered in England for his past-it lumbering performances for Liverpool.

Signed for just £1million, the centre-back became a mainstay in a mean back four alongside Miroslav Dukic, Jocelyn Angloma and Amedeo Carboni. 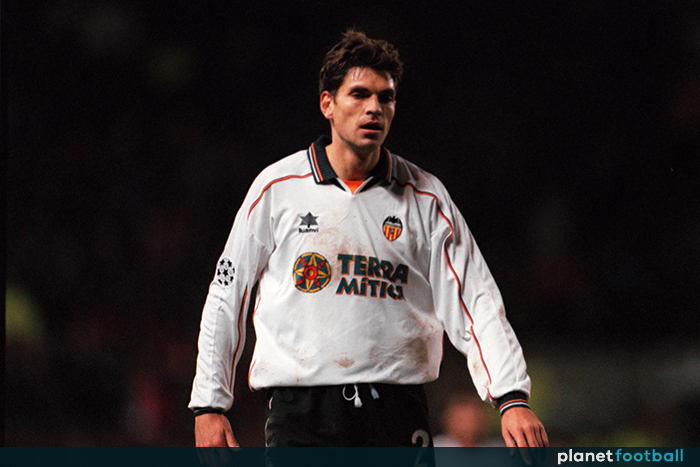 The competition then consisted of two group stages before entering the knockouts at the quarter-final stage, and Valencia drew the group of death twice: Rangers, PSV and 1999’s finalists Bayern Munich in the first group, then Bordeaux, Fiorentina and reigning Champions Manchester United in the second.

Getting through those 12 games set up a quarter-final with Lazio, who had beaten Cuper’s Mallorca in the last-ever Cup Winners Cup final the year before.

The Argentine got revenge with a stunning 5-3 aggregate victory, with Gerard Lopez scoring a hat trick in their 5-2 first-leg win. 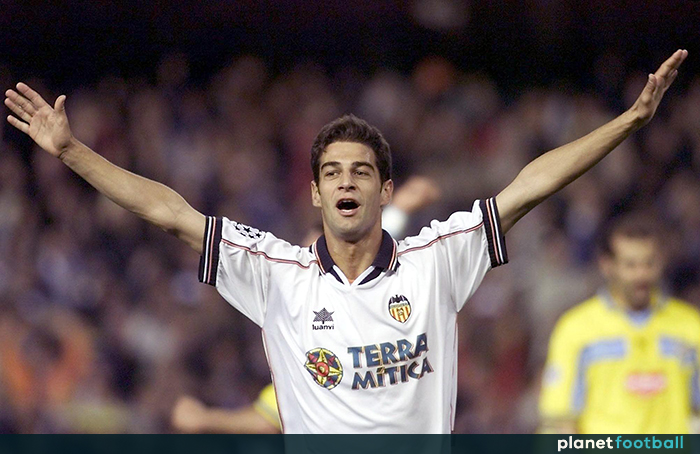 The same aggregate scoreline saw them beat rivals Barcelona in the semi-finals, again built on an impressive first-leg win, with Valencia 4-1 winners at the increasingly fearsome Mestalla.

Unfortunately, the final proved a bridge too far, as Real Madrid ran out 3-0 winners in the first Champions League final contested by two sides of the same country.

Despite their unexpected European success, Valencia fans were already beginning to express reservations about Cuper’s defensive style, and he did nothing to endear himself to the doubters when he sold fan favourite Claudio Lopez to Lazio in the summer of 2000, with Gerard Lopez also departing for Barcelona.

Signing Pablo Aimar as a direct replacement for Gerard sated that discontent slightly, but 6ft 5in Rosenborg striker John Carew was not exactly the man fans had in mind to replace the tricky 5’9” Claudio Lopez.

Nevertheless, Valencia would once again take the Champions League by storm, going through the English triumvirate of Manchester United (again in the second group stage), Arsenal and, famously, Leeds United en route to a meeting with Bayern Munich in the final.

To make matters worse for Cuper, Valencia missed out on qualification for the following year’s tournament thanks to a final-day defeat to Barcelona, who leapfrogged Los Che into fourth thanks to hat-trick hero Rivaldo’s dramatic 89th-minute winner in a pulsating 3-2 win at the Nou Camp. 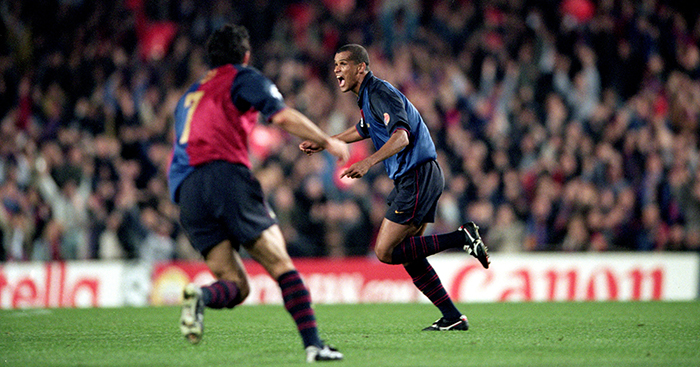 Despite their European heroics, Cuper’s time was up. Conceding just 34 goals in 38 games is great, but only scoring 55 was unforgivable to the demanding Valencia fans – relegated Real Oviedo had scored 51, after all.

Clearly unwanted in spite of his success, Cuper left for Inter.

Less than a year later, at an annual Valencia-based festival known as Las Fallas that serves as a kind of Guy Fawkes Night equivalent, Cuper’s likeness was one of several effigies light-heartedly burned.

No wonder he felt unappreciated. (In fairness, he didn’t help himself by knocking his old club out of the UEFA Cup with Inter).

The man selected to replace him was more than a little surprising: a failed Real Madrid player who had been sacked after disastrous early spells at both Real Valladolid and Osasuna, gained promotion with yo-yo club Extremadura only to get them immediately relegated, and had just finished third in the Segunda Division with Tenerife.

But under Rafael Benitez, Valencia would lose just five league games as they became Spanish champions for the first time since 1971. 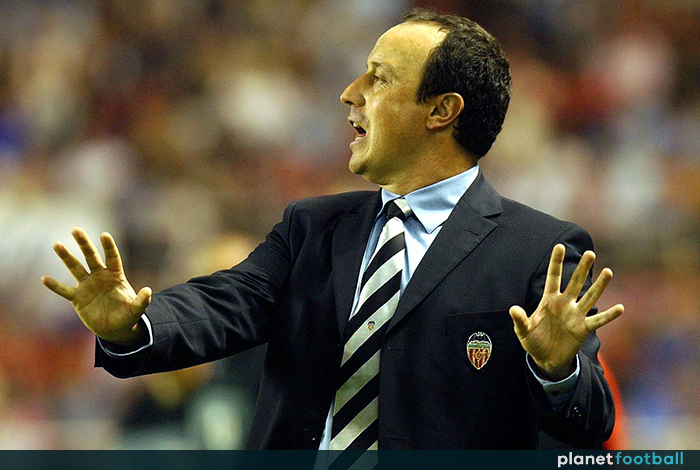 There is a strong argument that Benitez’s triumph was merely a continuation of Cuper’s work. Despite Mendieta joining Claudio Lopez at Lazio, the only player Benitez had spent any money on was striker Salva Ballesta.

The inspired January addition of Carlos Marchena on a free transfer from Benfica midway through the season only shored up an already-impressive defence, with Santiago Canizares conceding just 29 goals and Valencia scoring just 51.

However, that is to do Benitez a discredit: it was his tactical nous that pushed Valencia to the next level. The key was his then-innovative use of 4-2-3-1, which by the end of the decade would be the default assumed formation for clubs across Europe.

By playing a lone striker and accepting a low-scoring rate, Valencia always had a numerical advantage on a flexible pivot against the four-man midfields that were standard at the time.

Ruben Baraja and David Albelda were the perfect double-screen for the back four, and Aimar provided creative impetus in attack.

Gradually, though, Benitez allowed Valencia’s ice-cold approach to the game to thaw.

That necessitated a transitional season, with the champions finishing a disappointing fifth in 2002-03, but with the La Liga trophy in the cabinet and the promise of a return to some attacking excitement to keep the fans happy, Benitez had a year’s grace to rebuild.

It worked. The 2003-04 season yielded a second league title in three years, with that famous defence matching their record of two years earlier by shipping just 27 goals.

More importantly, though, things were different at the other end, with Benitez devotee and main striker Mista scoring 19 of his 99 career league goals in that one season alone.

Far from squeezing out endless 1-0s like two years before, Valencia brought the style, beating Atletico 3-0 home and away, Mallorca 5-0 away and 5-1 at home, and thrashing Malaga 6-1 on the road.

Benitez would leave for Liverpool that summer, but he still had time for one more parting gift to the Valencia fans, leading his side to a 2-0 victory over Marseille in the UEFA Cup final, their first European trophy since their penalty victory over Arsenal in the 1980 Cup Winners’ Cup final.

His departure marked the end of a golden five years for Valencia but more problematically the end of Valencia’s incredible shrewdness in the transfer market.

Claudio Lopez, Gerard Lopez, Canizares, Marchena, and Mista had all been free transfers, and all became beloved and successful figures at Valencia.

Increasingly, though, the club started to spend vast sums on players that did not enjoy the same level of success: £14.5million on Stefano Fiore, £12million on Nikola Zigic, £15million on Manuel Fernandes, £25.5million on Rodrigo, £24million on Alvaro Negredo, and £20.5million on Ezequiel Garay.

Managers, meanwhile, have come and gone at an alarming rate.

Since Benitez’s departure in summer 2004, they have employed 18 different managers, some of whom have gone on to better things – Ranieri’s second spell, Quique Flores, Ronald Koeman and Unai Emery – but most of whom had short spells before going on the scrap heap: Miroslav Dukic, Gary Neville, Cesare Prandelli and Benitez’s former assistant, Pako Ayesteran.

It’s easy to see why. Success is addictive at any level, but even the biggest clubs struggle to maintain the remarkable levels Valencia reached under Cuper and Benitez.

Despite their current struggles, and despite their ever-demanding loyal fans, Valencia’s exploits between 2000 and 2004 secured their place as one of the great modern sides.

17 of the best quotes about Barcelona and Spain legend Xavi