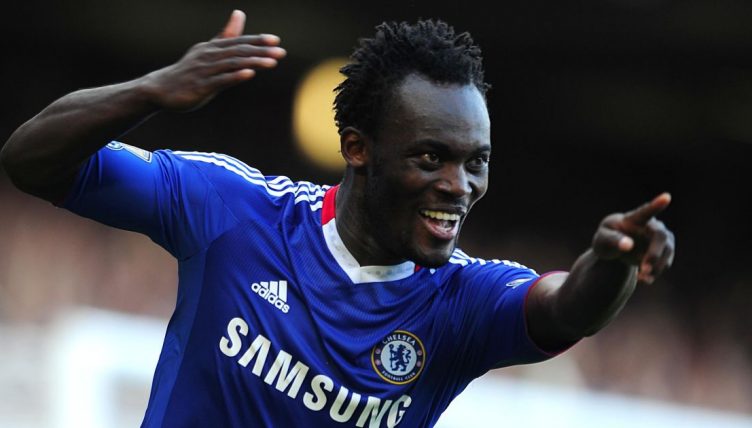 He may not be the first name that springs to mind when discussing Chelsea’s success in the modern era, but Michael Essien undoubtedly deserves to be ranked among the club’s very best players.

The utility man in football has a curious existence. Like a knife, they’re useful, nay essential, to have around, capable of doing a variety of odd jobs. They’re beloved by managers for their ability to do just about anything.

The utility man, however, can be easily forgotten, their importance overlooked in favour of those who do flashier things on a football pitch.

Being a utility man can also have a detrimental effect on the player himself: because he is capable of filling in the blanks almost everywhere he is unable to nail down an exact position in the team when there’s a fire to be fought in a different position on a weekly basis.

In this regard, they are as important as they are expendable, a dual existence that must be baffling to those in the role.

There was no better exponent of the craft than Michael Essien, Chelsea’s Man For All Seasons.

He was signed for £24.4million from Lyon in the summer of 2005 – after Jose Mourinho’s side had won the 2004-05 Premier League title at a canter, finishing 12 points ahead of runners-up Arsenal. 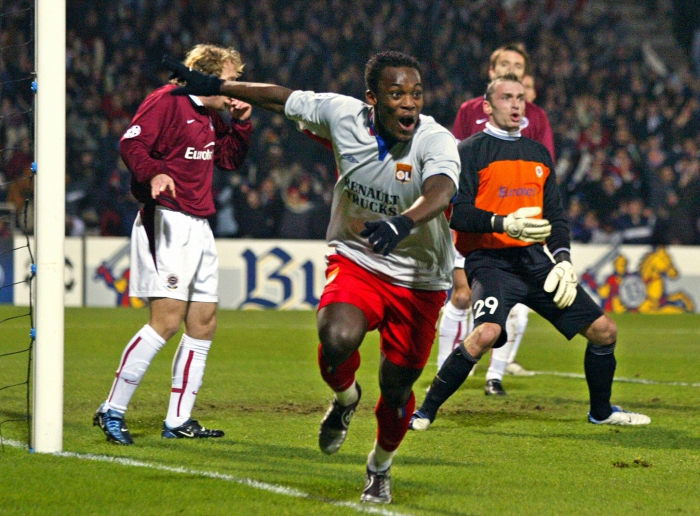 Mourinho favoured a three-man midfield consisting of Tiago, Claude Makelele and Frank Lampard, with the former two allowing Lampard the freedom to strut his stuff further forward, but the Blues boss felt the need for an upgrade on his compatriot Tiago.

And boy was Essien an upgrade.

At 22, he was in the right spot to be moulded into a Mourinho player: old enough to not require mollycoddling but young and ambitious enough to be coached into a footballer fit for the highest level.

“We believe he is the best we can get for his position and he can play anywhere in midfield,” Mourinho said of the club’s then record signing.

Nicknamed the ‘Bison’, Essien hit the ground running at Chelsea in a 1-0 defeat of Arsenal, supplying the assist for Didier Drogba’s fortuitous goal.

The Ghanaian established himself in the Chelsea XI alongside Makelele and Lampard as they successfully defended their title, making 31 appearances in the league and 41 in all competitions.

It wasn’t plain sailing for the man described as a “physical monster” by his ex-Lyon team-mates, however, with a vicious challenge on Mohammed Kallon of Monaco in his final season in France a prelude of things to come in England.

In December 2005, during a Champions League group game with Liverpool, Essien went studs-up on Dietmar Hamman just below the knee in what one is contractually obliged to describe as a ‘horror tackle’.

The referee missed the incident at the time, but UEFA did not. Essien was handed a two-game ban. 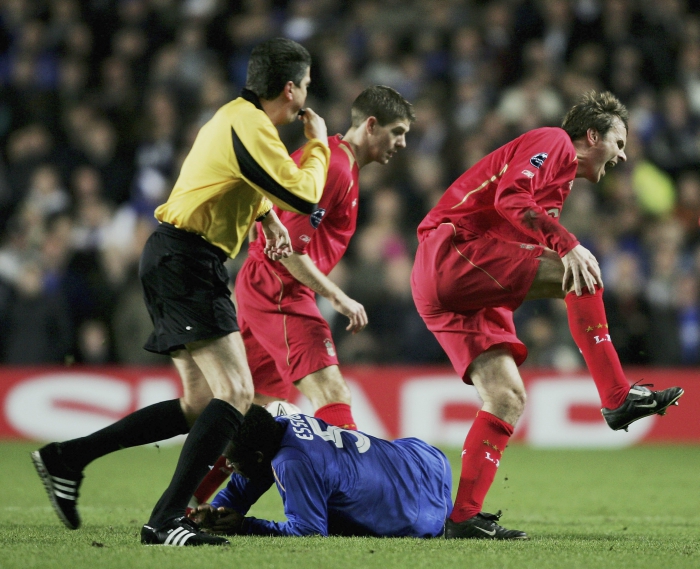 However, in the years that followed Essien reined in the nasty tackles as he grew in influence within the Chelsea ranks.

His versatility was well known from his Lyon days and, despite his insistence that he preferred to play in central midfield, he was never one to complain, going about his duties admirably wherever he was asked to. Right-back, centre-back or in midfield, he had no problems fitting in seamlessly in any of those positions.

The beauty of Essien’s game was his seeming ability to do it all: he could pick a pass, bomb forward as a box-to-box midfielder or provide a shield for the defence with relative ease.

It’s fitting that he combined lung-bursting surges forward with relentless tackling given he modelled his game on Patrick Vieira and Roy Keane – the latter of whom he could have played alongside were it not for a denied work permit following a trial at Manchester United in 1999.

Not especially known for goal scoring, Essien chipped in with a few that were, more often than not, of the highest quality.

There was the stunning equaliser against Arsenal in 2006-07 that was voted Chelsea’s Goal of the Season, and the goal against Valencia to send Chelsea into the semi-finals of the Champions League later that term.

Essien ended the campaign by being named Chelsea’s Player of the Season, becoming the first African to win the award.

Following Mourinho’s dismissal at the start of the 2007-08 campaign and the subsequent appointment of Avram Grant, it was testament to the squad’s character that they managed to put a run together which ended with them ultimately falling just short of the top honours both in the league and Europe.

One of the enduring images of the 2008 Champions League final is of Cristiano Ronaldo towering above Essien to score the opener for Manchester United as the Ghanaian started at right-back. He endured a tough start against Ronaldo, who was having arguably the best season ever by a Premier League player at the time.

But what is not quickly remembered is that Essien grew gradually into the game and eventually stopped the rot. That he started in an unorthodox position in the biggest game of his career at that point and performed admirably well, speaks highly of his dedication to the cause.

Cruelly, that was as good as it got for Essien at Stamford Bridge.

In a World Cup qualifier against Libya, the midfielder landed awkwardly and suffered a ruptured anterior cruciate ligament as a result, ruling him out for more than six months. This would be the first of many serious knee injuries that effectively put paid to his Chelsea career.

He returned as the 2008-09 season drew to its close, scoring another Goal of the Season against Barcelona in the Champions League semi-final – a game which is now remembered for a number of controversial decisions by the officials which cost Chelsea.

There was another lengthy absence in 2010 which saw him miss the World Cup in South Africa, and, finally, there was yet another ruptured cruciate ligament in the pre-season of 2011 which ruled him out for another six months.

When the story of Roman Abramovich’s takeover and eventual Champions League success is told, players like Drogba, Lampard, John Terry and Petr Cech will rightfully be honoured for their contribution to turning a billionaire’s far-fetched dream into reality.

Below that rung of players there will be a place for a man who went about his business quietly, sometimes forcefully, and put the team’s interest above his own personal desires.

Despite his limited involvement in the 2012 Champions League triumph, history will definitely be kind to Essien when all is said and done.