Michael Owen at Manchester United: Worth it just for *that* derby winner 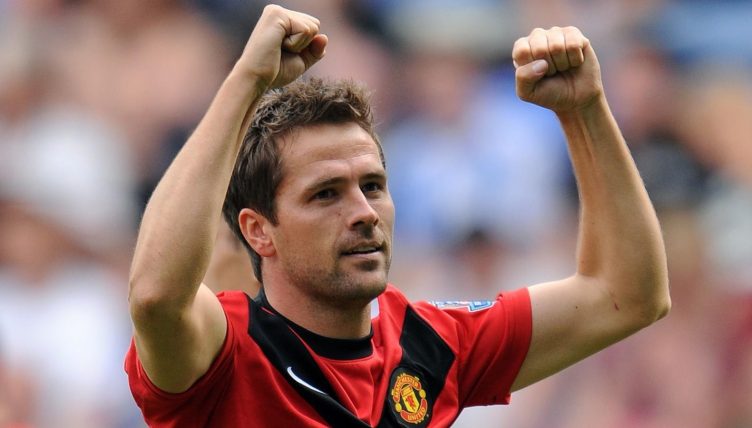 Michael Owen is that rare specimen, the top footballer who isn’t widely loved by the fanbase of any of his clubs. But even his late-career stint at Manchester United was not without its high points.

Owen won a Ballon d’Or at Liverpool, but the move to United soured his memory. He had a great goals-per-90 record at Real Madrid but never really settled. He top-scored in back-to-back seasons for Newcastle but upset fans by sitting out a key game in their unsuccessful relegation battle. Let’s not talk about his Stoke stint.

The England striker’s time at United wasn’t stunning by any measure – only five of his 17 goals came in the Premier League – but one game, and one big contribution, ought to live long in the memory.

Going into the Manchester Derby in September 2009, both United and City sat on 12 points, though the former had played a game more.

City had spent big in the first full summer under their wealthy new owners, most notably in attack, and £25million arrival Emmanuel Adebayor had scored in each of the first four games of the season.

It had looked like being the season where City might overtake their neighbours. And even without Adebayor, suspended for a stamp on Arsenal’s Robin van Persie, they ought to have had enough.

But it was one of those days where United ground out a result through sheer force of will. They led three times, only for City to respond on each occasion – Craig Bellamy’s second of the game, and City’s third equaliser, came late enough that it would normally have been regarded as the last word. Back in 2009, though, that wasn’t how things worked against United.

With the allotted stoppage time over, referee Martin Atkinson allowed United to launch one more attack. You already know what happened next.

Alex Ferguson always seemed to have a knack for finding the right player for the right moment, even when it seemed obvious to no one but him.

This arguably became even more true towards the end of his reign, when nominally weaker squads continued to perform as if they were unstoppable forces. From Federico Macheda’s title-saving contribution against Aston Villa in 2009 to the Rafael-O’Shea-Gibson-Fabio midfield which eliminated Arsenal from the 2011 FA Cup.

Owen’s arrival from out of left-field feels almost symbolic of his manager’s thought process, both in introducing him as a replacement for record signing Dimitar Berbatov with the scores level at 2-2 and in signing him from relegated Newcastle in the first place.

With four City defenders drawn to the danger in the centre, Owen was able to steal in unnoticed. Shaun Wright-Phillips spotted the danger late, arriving as quickly as possible and putting the United man under instant pressure with Shay Given approaching from the opposite direction.

Other players might have been able to offer more over the course of a full season, but in this moment, with these factors at play, it’s hard to think of anyone you’d want there other than Owen.

“You can’t do anything about them if they keep on making noise, but what you can do, as we showed today, is get on with your life, put your television on and turn it up a bit louder,” Ferguson said after the game.

“As far as the players are concerned, they showed their playing power today and that’s the best answer of all.”

Owen would end his first season at United with nine goals, three of them coming in a 3-1 victory over Wolfsburg in the Champions League.

On another occasion when United were forced into an unorthodox selection – in this instance, a back three of Patrice Evra, Michael Carrick and Darren Fletcher – the presence of a constant like a reliable poacher was invaluable.

While Owen’s first two goals were simple finishes in the face of lax defending, the third – against a tiring German side pushing for an equaliser – showed the burst of pace and cool head which had once made him one of the best in the world.

As Andrea Barzagli chases back, Owen looks like a Ferrari zipping away from a back-marker early in a grand prix. He can dangle a carrot, but there’s no escaping the fact that the Italian, straining every sinew, can only ever get as close as the Englishman will let him.

The little dink over Diego Benaglio is just an added flourish, a reminder of the outright control Owen had at his peak, and a reminder that it never truly goes away.

Michael Owen was never going to be an all-time hero for Manchester United fans. After all, if a 96th-minute derby winner at Old Trafford can’t guarantee that then nothing can.

Perhaps it would have been different if United had won the league by a point that season, instead of losing it by the same margin, but then again even a strike in the League Cup Final victory wasn’t enough to push him closer to immortality.

Ultimately, Owen’s time at United fell between two stalls: too good to be an ironic cult hero, but not good enough – or at least not consistent enough – to be anything more.

At least they’ll always have his goals.

READ MORE: Remembering the brochure that got Michael Owen a move to Man Utd