Michael Owen: A beacon of hope at Newcastle not seen since 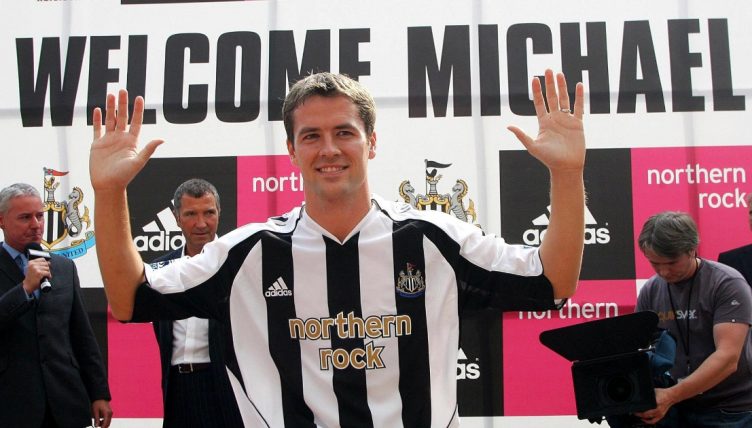 Michael Owen was hardly a roaring success in his four years at Newcastle United, but he is the embodiment of the end of a halcyon period for the club.

A lot has been written about Newcastle United’s transfer activity under Mike Ashley, but this isn’t an article bemoaning that – there have beeen enough column inches devoted to that.

No, this is a look back to a different time, a  time when Newcastle spending big money on a big-name player seemed perfectly normal.

Let’s go back to the summer of 2005. Graeme Souness had replaced Sir Bobby Robson as Newcastle manager a year previously and overseen a decline from fifth to fourteenth in the 2004-05 season which peaked with team-mates Kieron Dyer and Lee Bowyer fighting each other during a 3-0 home defeat to Aston Villa.

Captain and talisman Alan Shearer was nearing retirement but had been persuaded to carry on for one more year by Souness, however, there was no denying the need to not only replace Shearer’s goals in the long term but also provide him with some legs up front to replace Craig Bellamy, who had fallen foul of Souness a few months into the Scotsman’s reign. 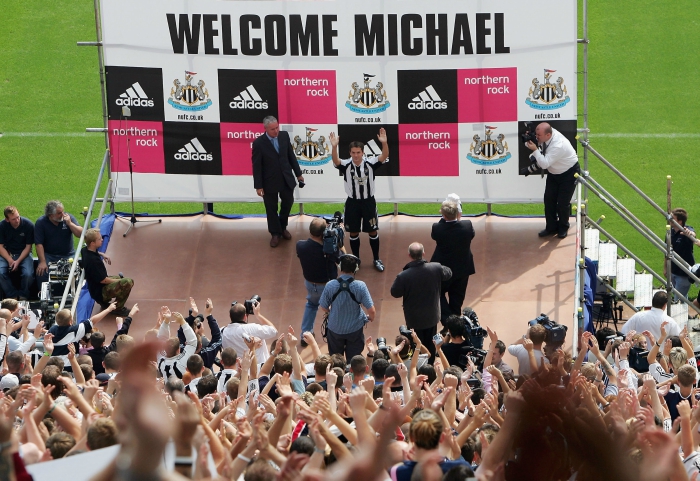 Owen enjoyed a rapid rise after breaking into the Liverpool team at the age of 17 and going on to star at the 1998 World Cup.

Despite a propensity for hamstring injuries, Gerard Houllier was able to get the best out of Owen, and a trophy-laden season led to him winning the coveted Ballon d’Or award in 2001. Officially, Owen was the best player in the world.

A move to Real Madrid followed in 2004, as Owen earned Galactico status and a place in a squad containing the likes of David Beckham, Zinedine Zidane, Ronaldo and Luis Figo.

Unfortunately for Owen, that meant the fight for a starting berth was extremely competitive, so despite a respectable return of 13 goals from 26 starts (and 19 substitute appearances), the arrival of Robinho in the summer of 2005 would surely reduce those appearances the following season.

With World Cup 2006 on the horizon, Owen wanted regular first-team action. He couldn’t take the risk of being frozen out in Madrid, and rumours of a return to England soon gathered pace.

Owen wanted a return to Liverpool, who had just won the Champions League, but Freddie Shepherd showed his hand early and made a near-£17million bid, £2million more than the then-world-record fee they had paid for Alan Shearer in 1996.

Liverpool wouldn’t match the fee, having sold Owen for just £8million (plus Antonio Nunez) the previous summer. Interest from Everton came too late in the day, and Owen officially joined Newcastle on August 31, 2005.

He had no problem admitting who he’d rather have signed for.

“I spoke to Liverpool and unfortunately that deal couldn’t come off,” he said.

“That’s life. Deals sometimes happen, sometimes they don’t. All I can do now is look to the future with Newcastle and hope to do well in this black and white shirt.

“If the Liverpool deal could have been done that would have been a big option, but in the end it came down to Real Madrid or Newcastle and there was no question I wanted to return to the Premiership.”

If Owen was in two minds, the fans certainly weren’t. More than 20,000 Newcastle fans were inside St James’ Park for Owen’s grand unveiling, played out across the nation live on Sky TV.

The Geordies had found their new hero. Paraded on the pitch in full replica kit alongside his family, a short interview saw Owen exclaim that he had “never seen anything like it before in my life”. Even an attempt at a ‘howay the lads’ couldn’t dampen the Newcastle spirit.

Alex Hurst, editor of popular Newcastle fanzine True Faith, sums up what the signing meant at the time: “It was exciting to have a player of genuine quality in the side. It’s not often Newcastle sign players from Real Madrid or clubs of that calibre.

“That United were able to compete for the signature of a player chased by top clubs gave hope and excitement that once again the club aimed to challenge at the top of the league, after what seemed like a one-season blip outside of the top five.”

The briefest of honeymoons

Of course not all stories like this have a happy ending, and Owen’s time on Tyneside rarely reached the heights of his unveiling.

Graeme Souness has since said he wanted to sign Nicolas Anelka and Luis Boa Morte that summer but instead ended up with the far pricier Owen and Albert Luque, who signed for £10.5million from Deportivo.

As Luque struggled to adapt, it became increasingly apparent that Newcastle putting all of their eggs in a Michael Owen-shaped basket would prove to be fatal for Souness at least.

And sure enough, on New Year’s Eve 2005, that basket broke in a lunchtime kick-off at White Hart Lane.

Souness recalled the incident in Martin Hardy’s excellent Tunnel of Love: “Michael went for it with Robinson, their goalkeeper, and he stayed down. 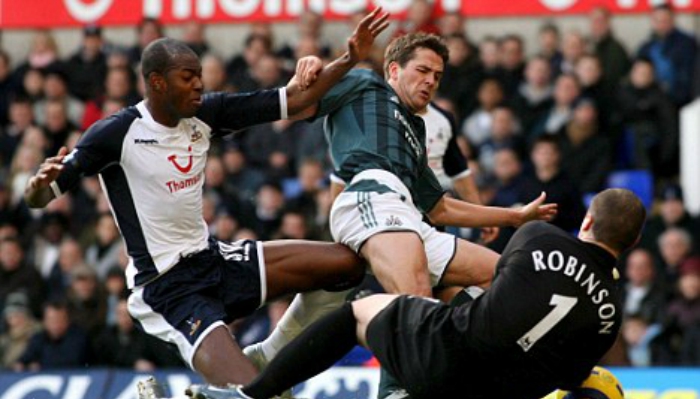 “Tottenham, then, were one of the few clubs to have an x-ray machine in the stadium. So, at half time, he goes off to have his X-ray.

“Ten minutes into the second half the doctor stands in front of me, ‘It’s bad news, it’s his fifth metatarsal. He’ll be out for six to eight weeks.

“I said to the guys, ‘That’s us finished. We might as well f*cking resign now. We ain’t going to be scoring any goals. We’re done.'”

Souness was dismissed in February 2006, and Owen’s injury would end up keeping him out far longer than initially expected. He played only 28 more minutes that season, as a substitute in the penultimate game of the season at Birmingham, though he still went to the World Cup.

He went on to rupture his ACL playing in England’s third group game against Sweden, putting him out for a year and sparking a feud between Shepherd and the FA over compensation, which was eventually settled a year later.

A brief positive spell in Newcastle colours came under Kevin Keegan, when Owen was handed the captain’s armband and afforded a new role behind the strike duo of Mark Viduka and Obafemi Martins for the closing few months of the 2007-08 season, but Keegan’s public fallout with owner Mike Ashley was the precursor to the club’s relegation a year later.

Owen’s four-year career on Tyneside ended with a 24-minute cameo at Villa Park in a 1-0 defeat and a drought which had started in January.

But at least, however briefly, he offered supporters hope and excitement. What they’d give for a bit of that right now.