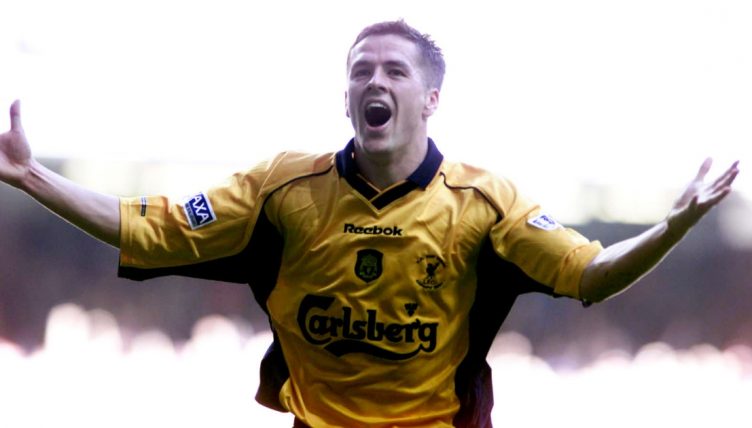 As the years draw in, and our sense of our own mortality begins to grow, we all yearn for the halcyon days of our youth, wishing we were 21 again.

It’s an age where life offers up endless possibilities, rather than trudging into an office job you hate to pay the bills. You’re young, largely free of responsibilities and probably at the peak of your physical attractiveness.

And if you’re Michael Owen, it’s an age where you’re the golden boy of English football rather than the dullest pundit to besmirch our television screens.

At 21, Owen scored two late goals as Liverpool staged an elaborate heist to whisk the FA Cup from Arsenal’s clutches. Three and a half months later, his hat-trick in Munich was the inspiration behind one of the more risible football songs to grace the UK charts.

He capped off the year by becoming the first English player to win the Ballon d’Or since Kevin Keegan in 1979. Nobody from our shores has won the award since.

Owen was sporting royalty, representing our nation abroad with the squeaky-clean personality that’d make your grandmother swoon. But here, in the third decade of the new millennium, Owen is regarded as a one-man cure for insomnia.

Oh, Michael. Where did it all go so wrong?

Firstly, Owen doesn’t give off the air of somebody who’s dissatisfied with life. While hampered by an unfortunately monotone voice, Owen’s contributions on BT Sport are laced with insight. You’d expect nothing less from an elite goalscorer.

He’s happily married, blessed with four children and owns a number of racehorses. You can safely assume that Owen sleeps well at night.

But, if the former England international happened to chance upon a time machine in his garage, surely he’d set the dial to 12 May 2001, a boiling hot Millennium Stadium in Cardiff and the chance to run a veteran Tony Adams ragged all over again.

It was certainly the game that gave Owen the biggest rush of his career. Promoting his much-discussed book Reboot in 2019, he told reporters: “If I could live one day of my career again, it would be that FA Cup final in 2001.

“Back then, I believed anything was possible and with good reason. I had been the best at my age group right to playing in the World Cup finals when I was still a teenager and scoring that goal against Argentina.

“In my head, nothing seemed impossible for me on a football field and I knew that if I had a chance that day against Arsenal I would score.

“I had come into the game in red hot form and was banging goals everywhere, so I just wanted one chance, but as the game goes into 70 minutes and 80 minutes, it looked like it wasn’t going to happen against a top Arsenal side.

“They had some fantastic players and were not far off the team that went through the Premier League season unbeaten a three years later, but we hung in there and we were still only a goal behind heading into the final few minutes.

“I felt Arsenal’s players were jaded and once I scored that goal, I knew the second one was coming. In all my career, I probably never had a feeling as strong as that. I was convinced I would score again and we would win.

“Then it happened, I scored the second goal and we won the FA Cup. It was an incredible feeling and a fantastic day for me.” 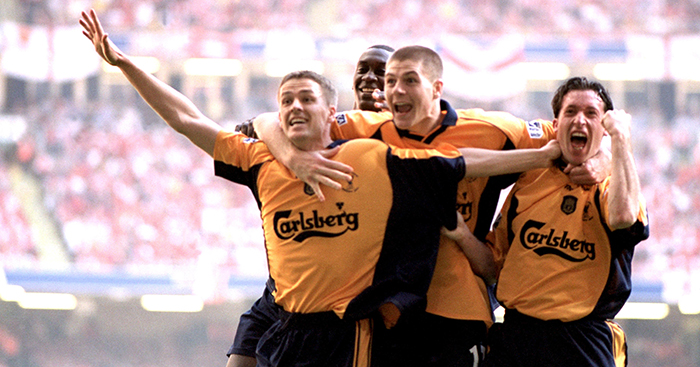 READ: Michael Owen: I never hated football; it was just never better than at Liverpool

It’s certainly worth revisiting Owen’s brace in the Welsh capital that day. Arsenal had dominated the first FA Cup final played outside London in 70-odd years, their slick side playing Liverpool off the park for the majority of the match.

But, thanks to a combination of lax finishing and the goalkeeping prowess of Stephane Henchoz, it was only 1-0. Or, in other words, Arsenal had left the Crown Jewels unguarded and ripe for pinching.

Their defence failed to deal with a Gary McAllister free-kick and Owen was on hand to pounce. Contorting his body like an Aardman creation, the 21-year-old guided a right-foot shot past the unsighted David Seaman.

Two things happened here instantaneously. While Owen wheeled away to receive the acclaim of the Liverpool fans, the Arsenal players visibly sagged like the ghost of future failure had made an appearance in their ranks. They knew.

And, sure enough, the apocalyptic scenario came to pass. The underrated Patrick Berger released Owen with a wonderfully threaded pass and the creaking limbs of Adams and Lee Dixon were never likely to prevent him from scoring.

Liverpool 2-1 up. Cup won, hero-worship guaranteed and the world bent to his will. This was Michael Owen in 2001, capable of bringing Roy of the Rovers to life and bending showpiece matches to his will.

He’ll never be 21 again. Neither will you, nor I. But we must hope our reputation isn’t subjected to the battering that Owen’s has been down the years.