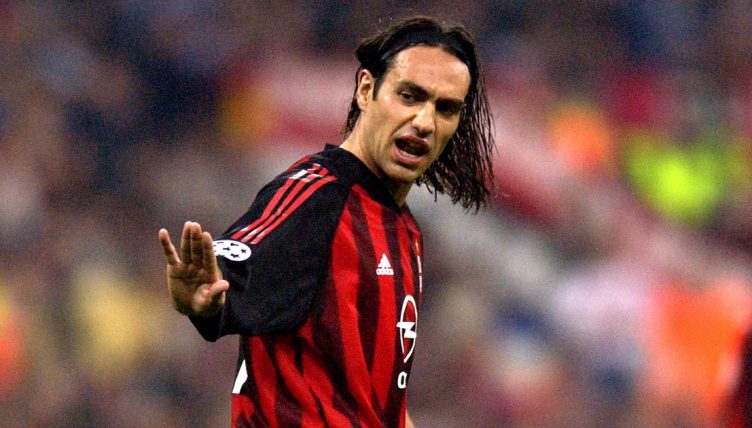 AC Milan and Juventus are well known as having some of the best defences of all time, but they are certainly not the only Italian teams to have benefitted from great backlines.

Throughout the nineties and early noughties, Serie A was widely considered to be the best domestic competition in Europe. All-Italian finals and spectacular triumphs for Serie A clubs became the norm on the European stage.

This could never have been the case without a generous smattering of iconic forwards – the likes of Alessandro Del Piero and Filippo Inzaghi – but the league’s reputation was built on indomitable defences first and foremost.

In a vintage Serie A season, the champions would concede under 25 goals.

All of these teams featured brilliant creative talents, but when push came to shove they relied upon their defences to squeak shut at just the right moment.

While referring to Serie A as ‘a defensive league’ was always somewhat reductive, it was certainly a league of fine margins where defensive mastery could edge a crucial game.

With tactical schemers like Marcello Lippi and Fabio Capello orchestrating proceedings from on high, Serie A had an almost Machiavellian feel to it, with rearguard realpolitik the essence of success.

It was a golden age for Italian football, built on the solid, concrete foundations laid by some of the world’s greatest back lines.

The Milan side which played out that parsimonious season in 1993-94 had not only an incredible back four but a rotating back six of sorts.

Their centre-back pairing of Franco Baresi and Alessandro Costacurta was so good as to keep veteran Filippo Galli in a supporting role, while Mauro Tassotti ruled the roost at right-back and the legendary Paolo Maldini lorded it over the left flank.

Meanwhile, a young Christian Panucci was able to deputise in either full-back role, as he did on the left in the 1994 Champions League final, filling in alongside Galli in the centre for the suspended Baresi and Costacurta.

The Rossoneri trounced Cruyff’s Barcelona that night, with a back four missing two of its key players keeping a clean sheet nonetheless.

If Milan provided Serie A with one of its early defining back fours, it did so again in the twilight of Italy’s European dominance.

While the San Siro side came third in 2002-03 despite conceding a modest 30 goals – only one more than champions Juventus – they beat Juve in the Champions League final with one of the most memorable back fours of all time.

Ahead of Brazilian goalkeeper Dida, the Milan team sheet read from left to right: Kaladze, Maldini, Nesta and Costacurta.

Their Georgian left-back was a new addition, Nesta had only recently arrived from Lazio, but the other two were titans of the game at this point and put in performances worthy of their stature.

The four of them kept a clean sheet over the course of 120 minutes in what is remembered as one of the cagiest finals of all time (though Costacurta was substituted in the second half having received a booking).

Their victory eventually came on penalties, with the game epitomising the superlative defending football fans across the globe associated with Serie A.

Before he was snatched up by Juve, Thuram was part of a Parma side which relied on its brilliant defenders, with the likes of Roberto Sensini, Antonio Benarrivo and an achingly youthful Fabio Cannavaro providing the steely edge to an otherwise swashbuckling team.

When the Crociati won the UEFA Cup in 1999 – surely the pinnacle of their nineties heyday – they did so with a back three of Cannavaro on the left, Thuram on the right and the versatile Sensini in the middle.

Thuram was heavily involved in two of their goals as they beat Marseille 3-0 in Moscow, as defence was turned into attack in a tactical masterclass organised by manager Alberto Malesani.

Two seasons earlier, those same Parma defenders (albeit with several tactical variations on that defence) ended up as runners-up to Juventus, and might well have won Serie A had their forwards matched their performances at the back.

The same could be said of Inter Milan at the end of the 1997-98 campaign, in which they conceded a league-low 27 goals – one less than Juve, who were champions again – owing to the defensive efforts of Salvatore Fresi, Francesco Colonnese, Javier Zanetti and Taribo West.

While many would like to reduce the latter to an enigma with an eccentric hairstyle, the Nigerian was a rock for Inter and a breakout player for his country.

He played between Zanetti on the left and Colonnese on the right in the 1998 UEFA Cup final, with Fresi as a sweeper behind them.

Inter beat Lazio 3-0 to provide further proof that a clean sheet was the ultimate basis for victory, with Zanetti even getting on the scoresheet between Ivan Zamorano and the imperious Ronaldo (West was unfortunately red carded late on).

If these were the defining defences of the golden age of Serie A, it is only because they took their cues from the league as a whole.

Sometimes even the smaller teams were exhaustingly dogged at the back; in 1993-94, Reggiana finished 14th and still managed to ship only 37 goals, while in 1997-98 Piacenza came 13th and only conceded 38 in total.

Had they not been forced to match fierce rearguard actions almost every week domestically, the back fours at Milan and Juve may never have reached the heights that they did.

Defence may not have been the be-all and end-all of Serie A in those halcyon days for Italian football, but there were certainly few other leagues in Europe where defenders better understood the value of nil.

Though three missed spot-kicks ultimately downed Juve that evening, a defence made up of Lilian Thuram, Ciro Ferrara, Igor Tudor and Paolo Montero had matched Milan to the last.

While Milan would go on to win the league the following season, the Bianconeri often managed to foil them over the course of 34 games, down in no small part to their own mastery of the defensive arts.

When Juve conceded a miserly 23 goals in the 2001-02 season, they did so with a remarkably nimble defence consisting of Thuram, Ferrara, Gianluca Zambrotta and Mark Iuliano, backed up by a pair of brilliant utility men in the form of Alessandro Birindelli and Gianluca Pessotto as well as the lesser-known Michele Paramatti.

By grace of being marshalled by a newly-arrived Gianluigi Buffon and shielded by Edgar Davids, however, those defenders don’t necessarily get the credit they deserve.

While anyone who watched Football Italia on a regular basis will remember the back lines at Milan and Juve – they are no doubt the defences which have left behind the greatest legacy – but what about those which time has obscured?

Where are they now? The Roma starting XI on Francesco Totti’s debut