An ode to Peter Odemwingie, a wonderful player unfairly maligned 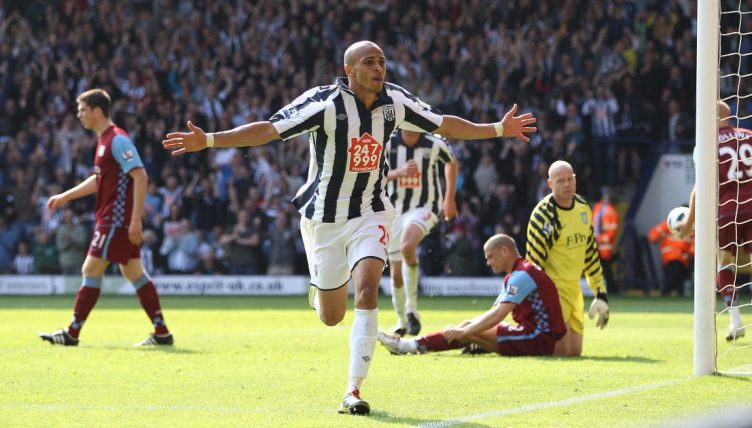 Peter Odemwingie is mainly remembered for what he did on a transfer deadline day rather than anything he did on the pitch, but based on his best form for West Brom and Stoke City, that really isn’t fair.

Sick notes, made-up injuries, going on strike, handing in a transfer request; there are many ways for a wantaway footballer to skin the cat of what will eventually be an acrimonious departure.

The above are pretty much straightforward and textbook methods: a disgruntled player who has had his head turned by the overtures of another club engineers a move away from his current side by throwing his toys out of the pram until he ultimately gets his ‘dream’ move.

However, even the Premier League, with its blinding lights and piles of cash, a wild, wacky and fun place where extremes have increasingly become normalised, couldn’t have seen what was coming in January 2013. Enter, stage left: Peter Odemwingie.

There was only one day left of the winter transfer window, he wanted to leave West Bromwich Albion for Harry Redknapp’s free-spending Queens Park Rangers, and he threw out the rule book on how to force a move in a bid to get the deal over the line, driving 120 miles from Birmingham to London to discuss personal terms.

The only problem was, West Brom still hadn’t agreed to sell him.

QPR had seen two offers rejected by West Brom in the weeks leading up to transfer deadline day, but Odemwingie was certain a deal would be struck – even Steve Clarke later admitted he expected the move to happen at one stage – and made sure he was in London in plenty of time to put pen to paper.

That alone doesn’t sound like too bad an idea, but signing autographs and giving interviews on the Loftus Road car park was rather more ill-advised.

The move fell through, as so many do, and Odemwingie was left with egg on his face. And everyone saw it.

Does Odemwingie need a place to stay tonight?

With his tail between his legs, Odemwingie returned to West Brom, was told to stay away from training from a few days, fined after an internal disciplinary hearing by the club and was inevitably sold to Cardiff City that summer.

But before he became the poster boy for How Not To Behave During A Transfer Saga™, Odemwingie was West Brom’s best player, taking the league by surprise when he joined from Lokomotiv Moscow in the summer of 2010.

For West Brom, newly promoted from the Championship, to get a player with Odemwingie’s CV at what was presumably a cut-price fee was brilliant.

He arrived with 23 goals in 80 appearances for Lokomotiv and nine in 47 games for Nigeria, and had previously scored 26 goals in 100 appearances for Lille, where he was part of the team that beat Manchester United in the group stages of the 2005-06 Champions League.

It took Odemwingie less than 24 hours to announce himself to the Hawthorns faithful, scoring 81 minutes into his debut against Sunderland when he controlled James Morrison’s defence-splitting pass to fire beyond Simon Mignolet in goal.

Roberto Di Matteo admitted afterwards it was a risk to play his new recruit after a solitary training session, but as West Brom found out during the course of that season, he was worth the risk. At 29, Odemwingie arrived fully formed.

A few weeks later Odemwingie was combining with Jerome Thomas to devastating effect as Arsenal were put to the sword 3-2 for West Brom’s first away win against the Gunners in 27 years. 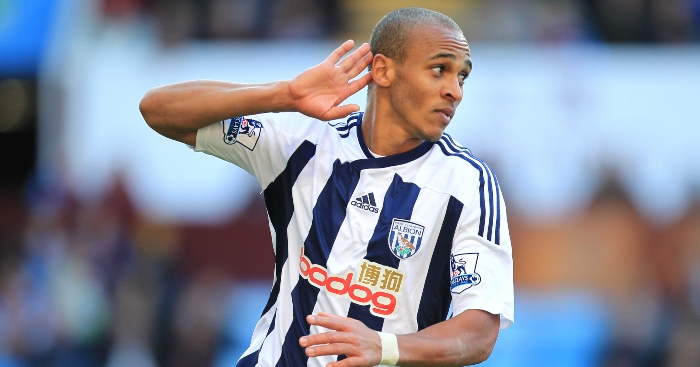 Robert Earnshaw’s 11 goals in 2004-05 stood as a Premier League record for Albion, but week by week it became evident Odemwingie was going to beat it.

His best tally at the time for a single season was the 14 he scored for Lille in 2005-06, and after equalling Earnshaw’s record with yet another goal against Sunderland in April, Odemwingie set himself a target.

“My target is still to beat my own record, which was 14 goals in a season, and hopefully I can get there,” Odemwingie said. “There are still six games to go and it is possible to get 15 – especially if they give me every penalty!”

Indeed, Odemwingie scored 15 goals in his debut Premier League season, his last goal of the campaign coming in a 3-1 reverse at the hands of Wolves when he scored a, you guessed it, penalty. It seems his team-mates had listened when he asked for them.

To repeat the heroics of his debut campaign in his second year would have been like catching lightning in a bottle, but Odemwingie gave it a good go nonetheless, scoring 10 league goals, including a hat-trick against Wolves.

It was at the end of the second season, however, that cracks began to appear, and he endured a testy relationship with the club hierarchy as he pined for a move away.

Odemwingie, ill-advised as he was, launched into a Twitter tirade against his club – long before Twitter tirades became the medium of choice for frustrated footballers.

Eventually, a £2.25million move to Cardiff afforded Odemwingie a chance for a fresh start, but he scored only once in a struggling side, and when Ole Gunnar Solksjaer replaced Malky Mackay, he quickly fell out of favour and was soon headed to Stoke in a rarely-seen player exchange, with Kenwyne Jones going in the other direction.

He revived his career at Stoke, though, scoring five goals in 15 appearances to earn himself cult hero status in the Potteries and a recall to Nigeria’s squad for the 2014 World Cup, where he scored the only goal in a 1-0 win over Bosnia.

However, in just the third game of the following season, he suffered an unfortunate knee ligament injury that ruled him out for the remainder of the campaign.

At 33, it ultimately spelt the end of his time in the English top flight. He remained immensely popular at Stoke, but by the time he’d recovered – ish – they’d moved on. 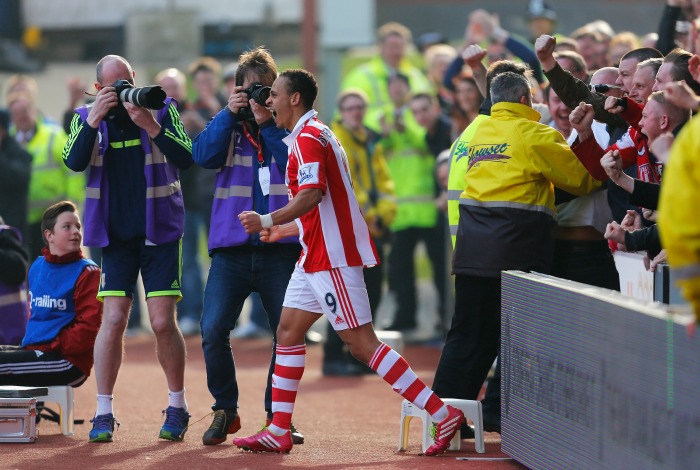 Still, for a short period he was one of Stoke’s best and most exciting players, transforming a side lacking penetration in Mark Hughes’ first season, and serving fans all over a reminder of what a talent he was.

Sadly, many will remember Odemwingie’s time in the Premier League more for his admittedly unbecoming behaviour over two weeks in January 2013; a short but glorious career in England reduced to a fleeting moment of indiscretion.

But for those who see beyond his moment of weakness, Odemwingie was a joy to watch, two-footed, with dancing feet and an eye for goal.

For Nigeria, his Twitter rant against former coach Shuaibu Amodu and the Nigeria Football Federation in 2012 notwithstanding, he was a model of professionalism for the national team, the only beacon of hope in the darkness of the mid naughties.

Odemwingie deserves better than to be remembered as a cautionary tale.