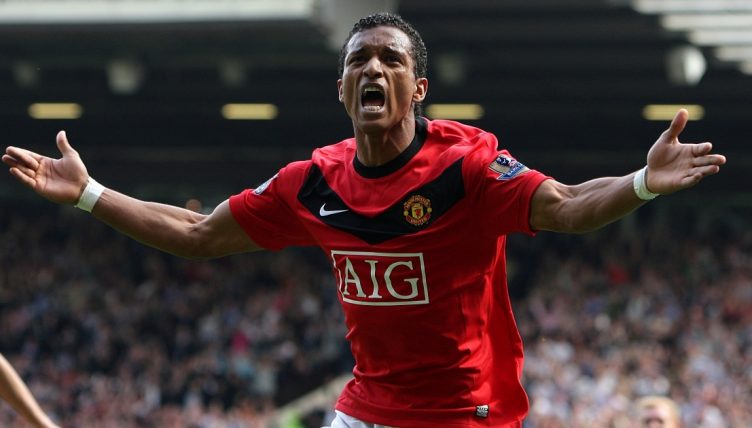 Throughout the majority of his playing career, former Manchester United winger Nani has been called ‘frustrating’. Why not just enjoy the show?

Life can be frustrating. Hangnails. Queues. Taxes. These things aren’t the end of the world, but all of them, despite their smallness, can frustrate.

In an interview with Ball Street in 2017, former Manchester United and England defender Rio Ferdinand got some personal frustration off his chest, talking about one particular bugbear from his time at Old Trafford.

“I think the most frustrating thing,” he said, “is when you know you’ve got players in your team with undoubted ability — great ability, got everything — but don’t consistently get that out onto the pitch.”

The object of that frustration was Nani, a team-mate of Ferdinand’s for seven years.

According to Ferdinand, Nani simply never learned to control his talents. What happened in training, mesmerising skills and thumping shots, was only occasionally replicated on match-day, and the winger, for the most part, simply didn’t live up to his potential.

Ferdinand wasn’t alone in holding this opinion. A cursory search for ‘frustrating Nani’ brings up countless results, with everybody from football journalists to other ex-United players chiming in with similar words.

Nani has to be one of the most frustrating players around. So much natural ability but you just don't know what your going to get from him

Is Aaron Ramsey the most frustrating player in world football? Not even Nani can take that title from him.

Also a big evening for nani playing against Chelsea. Such a frustrating player. Immense ability but so inconsistent.

In what was probably the most extreme case of Nani frustration, former United academy player Danny Higginbotham actually came to the same conclusion twice in the space of three months.

The frustrated have some justification for their annoyance. Nani’s talent was – and still is – evident, but during his spell in England, people saw that talent as being regularly misused — expended on needless tricks, ambitious long-range shots and generally poor decision making.

That ability to frustrate was increased by a frequent proximity to Cristiano Ronaldo, a player who would prove impossible to replace at Mancheter United and who, funnily enough, once got incredibly frustrated with his younger compatriot.

When Nani ruined one of Ronaldo's greatest goals for Portugal 😂 pic.twitter.com/aUPE4bzu5I

For three specific reasons, however, I believe it is impossible for a football fan to consider Nani a frustration, a disappointment or anything less than the genius that he is.

When Manchester United and Chelsea contested the 2008 Champions League Final, the match went to a penalty shootout.

After eight kicks, and with Cristiano Ronaldo’s miss separating the scores, the spotlight turned to the teams’ respective fifth-in-line takers. The deciders. The key men.

For United, the responsibility was handed to 21-year-old Nani, playing in the final match of his debut season; for Chelsea, it was 27-year-old captain John Terry.

For Nani’s side to have any chance of winning the game, the young winger needed to score and hope that Terry did not.

What, then, is frustration?

The coincidental pairing of Nani and Terry back in 2008 is interesting, because if anybody knows what ‘frustration’ is, it’s surely the man who has just fallen on his arse in front of 70,000 people at the most important moment of his career.

That just has to be frustrating.

For the fans, too: if seeing a player on your team attempt one too many step-overs can be frustrating, then seeing your captain — an ostensibly non-frustrating player — fail where the chief frustrater has just calmly succeeded must be the epitome of frustration.

Less than a year into his Manchester United career, Nani stepped up ahead of senior players like Ryan Giggs and — appropriately — Rio Ferdinand, converting a critical penalty against a world-class goalkeeper.

For that, he earned the right to attempt an infinite number of step-overs.

Nani has defied his critics on several other occasions.

In February 2008, a few months before that penalty against Chelsea, the winger provided some curious quotes to the Daily Mail.

“In Portugal I have done this many times, but it is only because it is an entertaining spectacle and not because I disrespect my rivals,” he said.

“I am a professional and am always very respectful with all the opposing players, but I do appreciate now that it may have looked bad.”

In truth, what Nani had just done — the grave action for which he was publicly apologising — actually looked pretty good.

With Manchester United 4-0 up in an FA Cup tie against Arsenal, the Portuguese attacker pulled off a frankly hilarious series of keep-ups — knee, head, head, head, knee, knee, foot — to shield the ball from a furious (and, in all honesty, frustrated) William Gallas.

“Professionals don’t like that, when players turn on a bit of circus stuff,” explained John Motson just seconds after chuckling at the events unfolding in front of him.

Nani’s infamous seal dribble may not have won his team the FA Cup, but it was anything but frustrating.

Frustration is having to get up at 6am, catch the bus and work a rubbish job. Football, as Nani well knows, should be a release from that frustration.

If John Terry and William Gallas falling over for various reasons isn’t enough to convince fans of Nani’s value, then perhaps the winger’s trophies are.

The most important of the bunch came two years ago, when the former Man United player took the captain’s armband from the injured Cristiano Ronaldo — the player he was, in the eyes of many demanding observers, supposed to emulate — in the final of Euro 2016.

Charged with the responsibility of leading his team, Nani helped Portugal to their first ever European Championship.

“It was a very strange feeling when Cristiano went off because I was very upset about losing our captain and our best player,” Nani told The Guardian a month after the tournament.

“But very quickly I had to put my head up and try to help the team, try to give them the confidence and motivation to continue. I had to do my job. I had to do what captains have to do.”

The final at the Stade de France was frustrating — agonising, even — for the injured Ronaldo.

Many fans (and former team-mates) will still view Nani as one of the Premier League’s most frustrating players, but considering all the entertainment the player has provided over the years — the long-range screamers, the seal dribble, the backflip celebration — as well as the significant achievements that have accompanied those moments, you have to wonder if that frustration could be cured by just… lightening up a little.

Football, as Nani has shown, can be fun. Let it be.