Bordeaux, March 19, 1996. AC Milan’s players could not have looked more casual when they arrived at the Parc Lescure. Two-nil up from the first leg of the UEFA Cup quarter-final, they barely even warmed up.

The ability of Fabio Capello’s side in 1996 was enormous – similar to Barcelona today, they were the team to beat. Bordeaux, on the other hand, were a small team in Europe and even struggling in Ligue 1 – they finished 16th that season.

However, their terrific European campaign confirmed the talent and potential of the team. That night against Milan was the night Zinedine Zidane, Bixente Lizarazu and Christophe Dugarry truly introduced themselves to Europe’s best teams.

Jean-Luc Dogon, who started in defence for Bordeaux, sensed something special might happen even before kick-off.

“The stadium was already full almost two hours before the game, and it was quite rare for our club”, Dogon says. “I had never seen a special atmosphere like this before, and I had already been at Bordeaux for seven years.”

Stefano Eranio and Roberto Baggio had scored during the first-leg (2-0) at San Siro. Capello’s men certainly went into the second-leg with comfort, but with arrogance too.

They did, however, field a strong team. Paolo Maldini, Franco Baresi, Roberto Donadoni, Marcel Desailly, George Weah, Roberto Baggio and a young Patrick Vieira were among the starters, while Paolo Di Canio came on as a substitute for the second half. 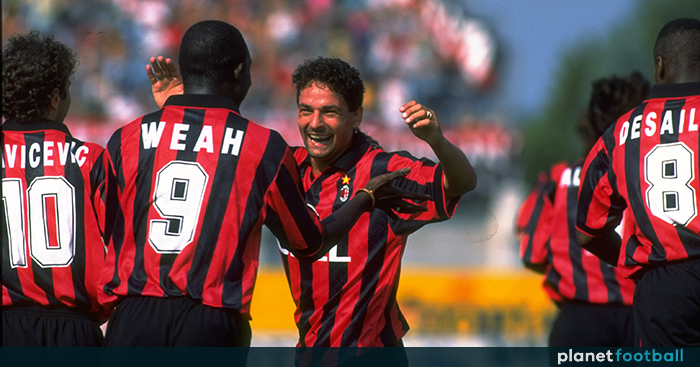 Bordeaux, meanwhile, had begun their European campaign back in July in the Intertoto Cup. To have reached the quarter-finals of the UEFA Cup already represented a successful campaign. The game should have been a dead-rubber.

“They took us lightly,” Dogan says. “The Milanese were very relaxed and they didn’t really warm-up. We tried to use this as motivation to believe we can get a result, but we knew it would be hard.

“Nobody expected us to qualify for the semi-finals, never mind to play in the final against Bayern Munich. It was brutal on the pitch and Marcel (Desailly) was angry after the game.”

How the game went

Bordeaux took the lead after 14 intense minutes when Didier Tholot scored after Lizarazu had made a great effort to connect with a 40-metre over-head pass from Richard Witschge to deliver the assist.

“We knew our team wasn’t the best in the world, but we felt that we were in our game from the start,” Dogan says. “We liked the scenario.”

Dugarry and a young Zidane, 24, already had a reputation for flair and flamboyance, and in the short space of six minutes the pair combined to set up some extraordinary scenes in the stands.

Dugarry made it 2-0 on the night in the 64th minute, but the most spectacular goal was the third on 70 when Zidane battled in midfield to create the opportunity for Dugarry, who fired into the opposite top corner from the edge of the box.

When Bordeaux moved into a new stadium just before Euro 2016, Zidane described the club and the city as “more than a memory”.

“It is where everything started for me, as a man first, then I found myself as a player,” Zidane says.

He had even made his international debut at the Parc Lescures against Czech Republic in August 1994. He clearly felt at home there – Zizou came on as a substitute and scored both goals in a 2-2 draw to impress his captain, Eric Cantona.

He scored six goals in Europe for Bordeaux in 1995-96, a tally he never managed to beat in one season for either Juventus or Real Madrid in the Champions League.

“I think this game against Milan helped Zizou, Liza and Duga grow as players,” Dogan says. “They already had the talent, but they saw then that nothing is impossible when you put all the ingredients together as a team.” 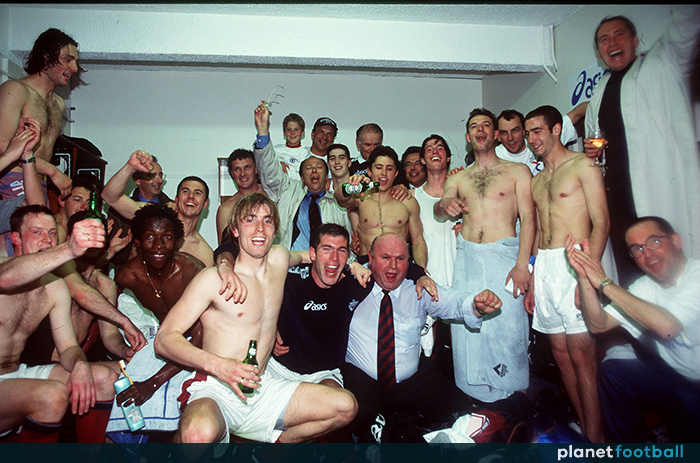 In 2014, before the World Cup in Brazil, the Los Angeles County Museum of Arts put on an exhibition that examined the aesthetic of football: Fútbol: The Beautiful Game.

The showpiece of the exhibition was Zidane: A 21st Century Portrait, a video installation from 2006 which showed the result of 17 cameras following not the ball but Zidane for an entire game. Even when away from the action, running back and forth to set up goals, he was a work of art.

That was certainly the case 10 years earlier against Milan. 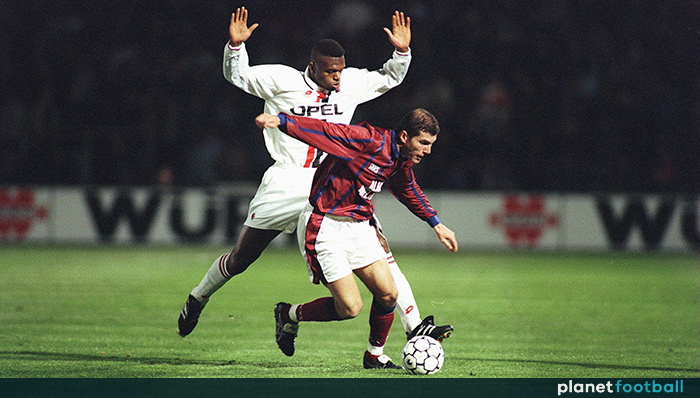 The city took another dimension after the game. Even a week later, the inexhaustible pleasure still animated the streets.

Romain Manci, a member of Bordeaux’s Ultras, was aged 16 in 1996 but there that night at the Parc Lescure.

“I had recorded the game on the radio to listen back when I got home after the big celebration in town, and it was like a hallucination because only then did I realise my team had played one of their greatest games in their history.”

That game against AC Milan confirmed the talents of Zidane, Lizarazu and Dugarry. All three moved on to new pastures across Europe in the summer. For Bordeaux it was the end of an era, but for those three it was just the beginning.

The genius of Zizou: 19 of the best quotes on Zinedine Zidane’s brilliance

Fallen Giants: A tribute to Zizou and an amazing era for French football