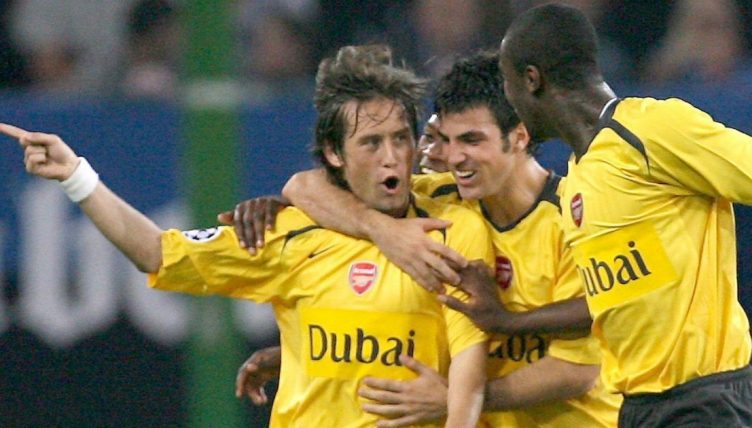 In September 2006, Arsenal travelled to Germany to face Hamburg in a Champions League game which produced a unique quirk for the Gunners.

After Kolo Toure was replaced by Justin Hoyte in the 28th minute, Arsenal‘s XI was comprised of 11 different nationalities.

Here, if only to help you in future pub quizzes, we remember those 11 Arsenal players.

Boubacar Sanogo’s late consolation in a 2-1 win for Arsenal brought to an end Lehmann’s Champions League record of 853 minutes without conceding, spread over two seasons, albeit including the 2006 final when the former Germany international was sent off after only 18 minutes against Barcelona.

In 2010, Lehmann played the role of Big John Jacobs in the film ‘Themba’, which looks utterly, utterly dreadful.

The unhinged goalkeeper returned to north London in the summer of 2017 to take up a role as one of Wenger’s first-team coaches, but he left in the wake of Unai Emery’s appointment.

Since then, he’s been assistant manager at Augsburg and a board member for Hertha Berlin. He was sacked from the latter position after sending a racist text message to Sky pundit Dennis Aogo.

READ: How Jens Lehmann took the maverick goalkeeper to its logical conclusion

Eboue ended September 2006 by being named Arsenal’s Player of the Month and scored in the return fixture against Hamburg in November, but his season was blighted by niggling injury problems.

The right-back was last seen joining Sunderland in 2016 for 22 days before being hit with a one-year suspension by FIFA for failing to pay a former agent.

His story has since taken a darker turn after he was left financially broken and struggling with depression following an acrimonious divorce.

Djourou made 30 appearances for Arsenal in 2006-07 but was loaned out to Birmingham City the following season.

In July 2018, Djourou joined SPAL but made only six appearances before leaving by mutual consent in January 2019.

That was followed by a spell with Swiss outfit Sion in 2020, which resulted in just two league appearances before he was released as one of nine players who refused to take a pay cut.

After a season in Denmark with Nordsjaelland, Djorou retired in 2021.

Away from football, it emerged Djourou lost thousands of pounds in an Airbnb scam in September 2017.

“Little did we know that after a 10-hour drive from Hamburg to Geneva that the house we paid for was nowhere to be seen,” he said.

If Lehmann wasn’t volatile enough in goal, adding Gallas into the mix ensured Arsenal had their fair share of, shall we say, ‘big personalities’.

The defender had just joined the Gunners as part of the deal which saw Chelsea sign Ashley Cole, and his career in the red half of north London was certainly eventful.

The former France international retired in 2014 after a short spell with Perth Glory, and seems to pop up every now and again make the kind of semi-controversial comments that should be expected from a player who was accused by Chelsea of threatening to score an own goal if selected.

Completing the line-up of 11 different nationalities following the injury suffered to Toure, Hoyte had spent the previous season on loan at Sunderland and, after leaving Arsenal in 2008, went on to appear for Middlesbrough, Millwall and Dagenham and Redbridge.

After representing England at various youth levels, the full-back switched allegiance to Trinidad and Tobago in 2013, winning 18 caps.

Hoyte spent a couple of years with FC Cincinnati of the United Soccer League between 2017 and 2019 and is now an analyst for Cincinnati Soccer Talk.

It’s impossible not to love Rosicky, who scored an absolute rocket to open his account for Arsenal against Hamburg. In 10 seasons in north London, the midfielder was often one of Arsenal’s most committed, consistent and loyal performers, albeit far too injury prone.

In 2017, the 36-year-old marked his first start in 16 years for Sparta Prague with a goal. He retired from football later that year amid more injury problems and is now the club’s sporting director.

One of the most underrated members of Arsenal’s Invincibles and a player the Gunners have struggled to replace since he left in 2008.

“He is, for me, class,” Wenger once said of Gilberto. “Modesty, humility, on a human front a top-class person. He was ready to sacrifice himself for the team.”

Since retiring, he has helped set up a players’ union in Brazil and also had a giant anteater, Gilberto, named in his honour at London Zoo, which means he is now our favourite footballer.

We recently discovered Gilberto secured a transfer to Colchester Zoo, where he fathered a son named Silva.

Still a teenager in 2006-07, by the end of the season Fabregas had already made 150 appearances in Arsenal’s first team.

“At some point, I realised, ‘Oh god! I’m leaving Arsenal!’ When Arsene said that it was a matter of hours, I felt devastated.”

Hleb told us he cried over his Arsenal exit in 2008. He has since moved clubs a further 12 times.

His career included an incredible five separate spells at BATE Borisov, but he finally called it a day in 2019. 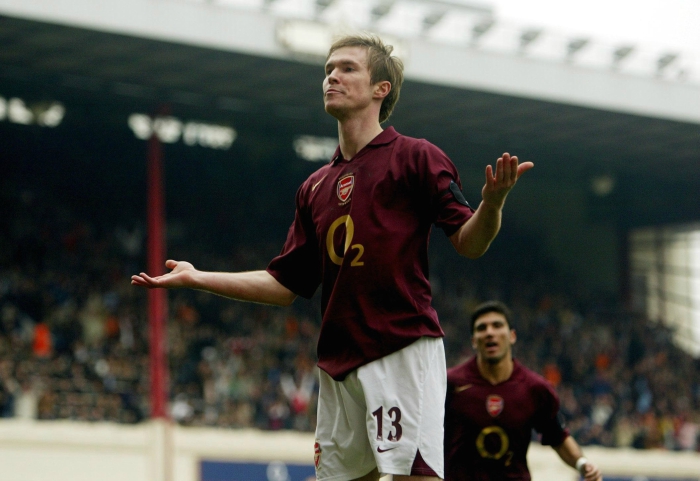 In his first full season at Arsenal, Adebayor ended the campaign with 12 goals before exploding the following term and hitting the back of the net 30 times.

He played just four times for the club and was sent off in his final appearance before his contract was terminated amid travel complications due to the global pandemic, which left Adebayor unable to return to Paraguay after spending time in quarantine in Togo.

He’s not played since, though he is yet to formally retire.

Two weeks after playing against Hamburg, Van Persie scored that volley against Charlton, a strike which Wenger described as “the goal of a lifetime”. But it would be a familiar story for the Dutchman, who was ruled out for the rest of the season after fracturing a metatarsal while celebrating an equaliser against Manchester United.

After his third season with Fenerbahce, where he played alongside Roberto Soldado and Vincent Janssen, Van Persie moved back to Holland for a final hurrah with Feyenoord before retiring at the end of 2018-19. 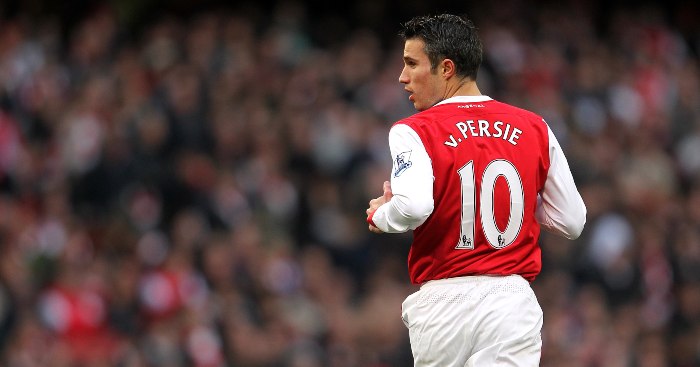