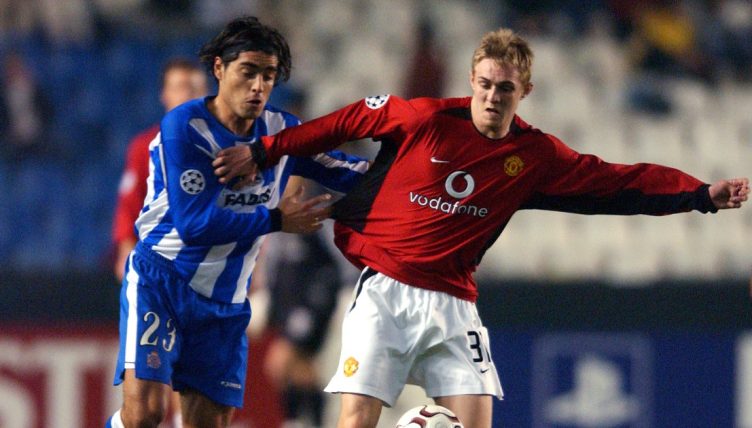 On March 18, 2003, Manchester United fielded their youngest ever team in the Champions League for a dead rubber against Deportivo La Coruna.

United, who had already sealed top spot of the second group stage, lost 2-0 and were dumped out of the competition in the next round with a 6-5 aggregate loss to Real Madrid, but Sir Alex Ferguson stated he was “satisfied with the effort” his young side put in.

Here, we look back at those that played that night…

The Spaniard’s three-year United career – and probably his whole career in general – went a bit unnoticed. Or at least it did until we interviewed him.

He joined the club in 2002, at 30 years of age, but struggled behind Fabien Barthez and Roy Carroll, despite vowing he could go on to be the saviour in January 2005.

After retiring, the twice-capped Spain international spent a year as goalkeeping coach for Japan’s national side before taking over as manager of Racing Ferrol in Segunda B in 2018. He later served as a goalkeeping coach at  David Beckham’s Inter Miami project and is now the manager of Spanish lower-league side SD Ejea. 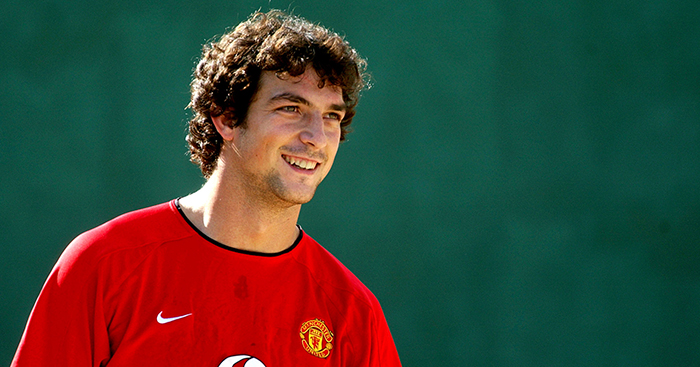 Deployed on the right-hand side of the three centre backs, Roche was hooked at half-time as Ferguson opted for a change in formation.

It would be his last appearance for United. He went on to play for Burnley, Wrexham and Droylsden before hanging up his boots in 2011 aged just 30. In fact, just five years after this game, he was fitting cavity wall insulation. We spoke to him too.

Stewart also never played for United again and retired at 30, going on to run for parliament in 2015 but, after losing, focusing on following the herd as a pundit.

The 37-year-old’s career was drawing to a close, but ‘Le President’ was drafted in to oversee the youthful side.

He was most recently seen in the dugout of Qatari outfit Al-Rayyan in 2002, and was linked with an unlikely return to Old Trafford following Ole Gunnar Solskjaer’s sacking in November 2021.

One of few success stories of this United side, O’Shea made 393 appearances for United before joining Sunderland in 2011.

Following the Black Cats’ relegation to League One in 2018, he remained in the Championship with Reading, while he also called time on his Republic of Ireland career with the small matter of 118 caps to his name. Nowadays he’s working as a coach with the Republic of Ireland’s Under-21s. 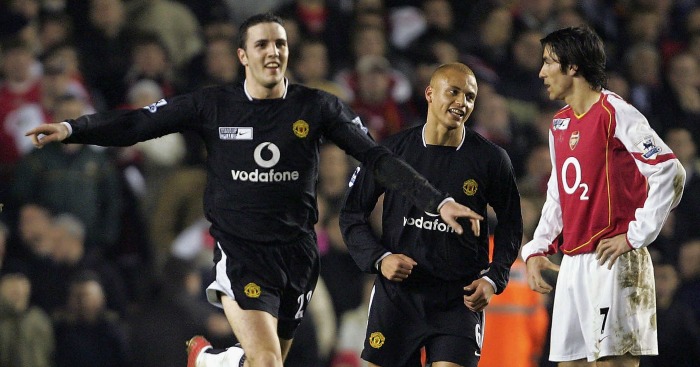 Lynch, making what was unknowingly his first and last appearance in a United shirt, scored a second-half own goal which sealed the victory for the hosts.

He went on to have a nomadic and spectacularly unimpressive career, which culminated at Altrincham where he retired in 2012 just 30 years old.

If you’re wondering what he’s up to now, wonder no more. 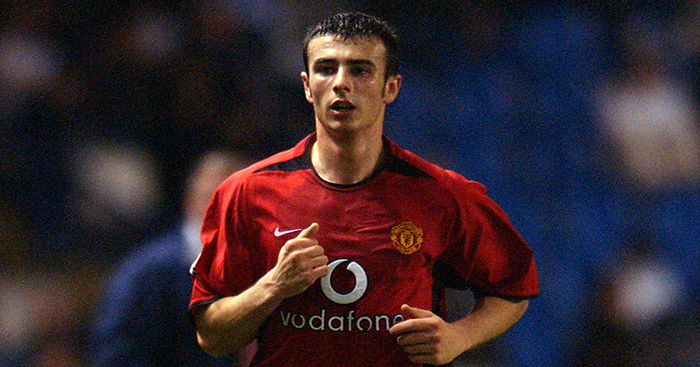 READ: The youngster who started for Man Utd in the CL before ‘downwards spiral’

Another who went on to be a mainstay at Old Trafford, Fletcher made 340 appearances for United, which would have been more had an unfortunate illness not decimated his final few years at the club.

Just the eighth outfield player to start 100 consecutive matches in the Premier League, Fletcher left the Red Devils for West Brom before spending a couple of seasons at Stoke City and then hanging up his boots.

The former Scotland international returned to United in March 2021. He serves as a technical director at Old Trafford and can be seen on the sidelines alongside Ralf Rangnick and co.

Gary’s brother anchored the midfield in the north of Spain and was perhaps unsurprisingly the only United player booked on the night.

In 2018, he took over as head coach of the England Women’s team. He is also involved with the Class of ’92’s ambitious project at Salford City, while son Harvey is now a member of United’s youth team. 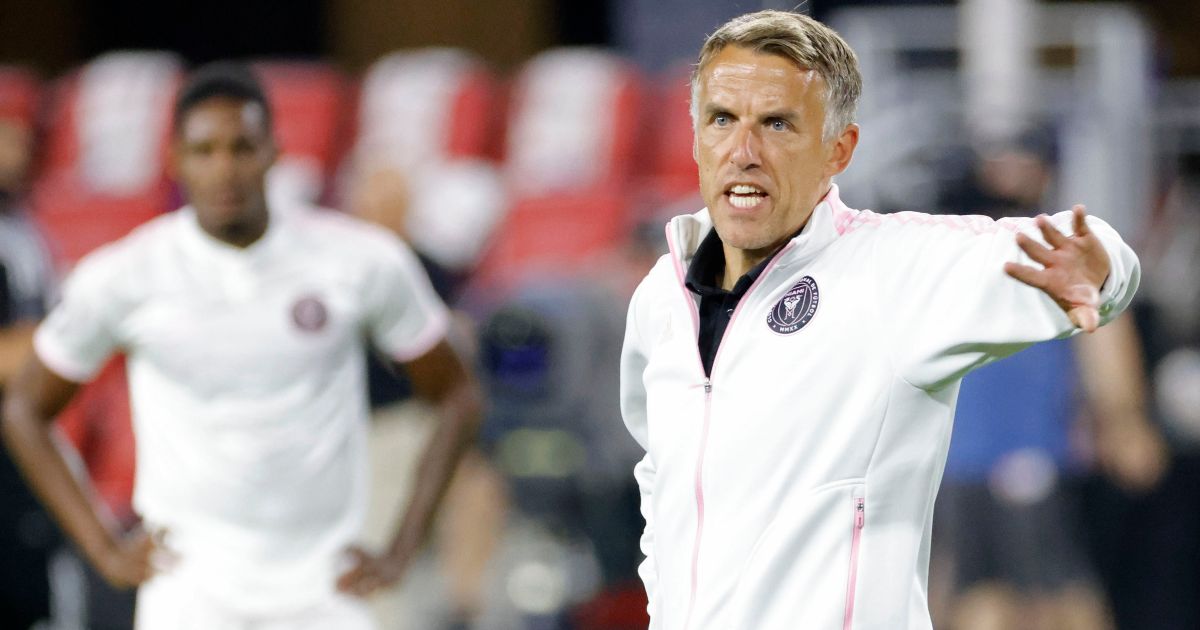 Completing what wasn’t a bad midfield trio on reflection, Butt went on to make 387 appearances for United and 173 for Newcastle.

Now also a co-owner of Salford, the no-nonsense midfielder hung up his boots in 2011 after a bizarre spell at South China in the Hong Kong first division.

Butt’s most recent job was as the head of youth coaching at Old Trafford, a post he left in March 2021.

The Deportivo match fell in the midst of a handful of United appearances for the young left-back.

Going on to be described as an excellent professional by Tony Pulis was undoubtedly the pinnacle of his career.

Pugh saw out his twilight years turning out for Port Vale in League Two – where he also served as a caretaker coach on more than one occasion, before leaving Vale Park last year.

“He came from Uruguary, and made the Scousers cry” is an affectionate chant attributed to Forlan’s brace in a 2-1 victory over Liverpool in December 2002.

After not reaching the levels hoped for him at Old Trafford, the striker went on to score 96 goals in 196 appearances for Atletico Madrid, and earned the Golden Ball as he was crowned the best player at the 2010 World Cup.

Richardson, meanwhile, is presumably retired having most recently been seen when he turned up for a trial during Tony Adams’ failed British revolution at Granada in 2017.

After a short-lived stint as interim manager at United, Giggs took over as head coach of Wales in January 2018.

Webber, meanwhile, last turned out on the football pitch for Giggs’ Salford City, and announced his retirement in July 2016.