Where are they now? Schalke’s 2011 Champions League semi-finalists 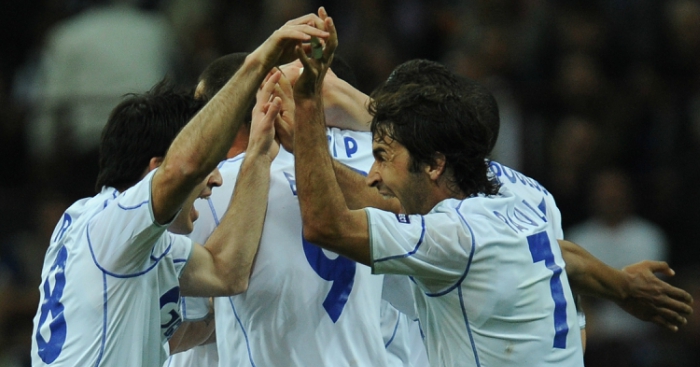 In 2011, Bundesliga strugglers Schalke upset all the odds to reach the semi-finals of the Champions League, where they faced Manchester United.

The 2010-11 season was a strange one for Schalke. They struggled in the league and sacked Felix Magath as manager in March, suggesting he had ‘lost the team’ – but he had just guided the side to the Champions League quarter-finals and the final of the DFB-Pokal.

Ralf Rangnick took over and continued the good work away from the league as Schalke saw off Duisburg in the domestic cup final and beat Inter Milan 5-2 in the San Siro on their way to the semi-final of Europe’s premier competition.

We’ve looked back at the team who started the 2-1 second-leg victory over Inter to see what they’ve achieved since.

You might have heard of him. Just turned 24, Neuer was in his final season at Schalke. With Manchester United also lurking, he chose Bayern Munich, where he has gone on to establish himself as one of the best goalkeepers in the world.

Uchida is apparently very popular in his homeland, where he earned the nickname “Japanese Beckham”. Such was his popularity that Schalke launched a website and Twitter account in Japanese.

The full-back also voiced the character Uschi in a Pokémon movie.

Signed from Olympiacos the previous summer aged just 18, Papadopoulos was considered one of the hot prospects in Europe, and his defensive displays caught the attention of a number of clubs during his first two seasons at Schalke before injury saw him miss more than a year.

The central defender is now at Hamburg, where he wears the No.9 shirt. That’s annoying.

After three years with Real Madrid, Metzelder chose to return to his native Germany in 2010, rejoining Schalke, where he had spent some of his youth career.

Injury curtailed his career aged 32, the centre-back went on to try his hand at a number of occupations ranging from the obvious TV punditry to marketing and communications and even politics.

Now playing for Liverpool, he and Dejan Lovren are locked in battle over who gets to partner Virgil Van Dijk in the centre of defence.

#OnThisDay in 2013, Joel Matip scored not once, but twice in Royal Blue – to record his one and only brace for Schalke 🔵⚪ #S04 pic.twitter.com/uMA5nkiv6z

Schalke proved to be the last club that the Ghanaian full-back would play for, but in 2016 he did host a Netflix obstacle course show called ‘Ultimate Beastmaster’ so it’sswings and roundabouts really.

Technically the fourth centre-back in Schalke’s line-up for the match, Howedes played as a midfielder as Rangnick looked to completely shut up shop with a three-goal lead from the first leg. Not that this shackled the huge figure, as he raced forward with nine minutes to play to rattle home and put the icing on the cake.

The following summer, he was named club captain, and he is still technically with the club, though injuries are currently plaguing a loan spell with Juventus.

If you’re thinking “the name kind of rings a bell” that’s because he spent a year with Watford before returning to his homeland and joining Espanyol with manager Quique Sanchez Flores.

Schmitz, whose introduction meant that by the end of the game Schalke had seven defenders on the pitch, has played for Fortuna Dusseldorf in the German second tier since 2014.

Now 31, attacking midfielder Baumjohann moved to Brazil in 2016, where his wife was born. He now plays for Vitoria after a spell at Coritiba.

Just 17 at the time, Draxler made an impressive 24 appearances in all competitions during this season. Despite links with the likes of Arsenal and Juventus, he eventually joined Wolfsburg in 2015 and made the switch to PSG 18 months later.

The striker moved to Schalke along with Metzelder as his illustrious Real Madrid career drew to a close.

But he wasn’t done, as he netted 19 goals in all competitions, including five in the Champions League, and the opener in this particular match. He also provided the assist for Howedes’ goal. Legend. 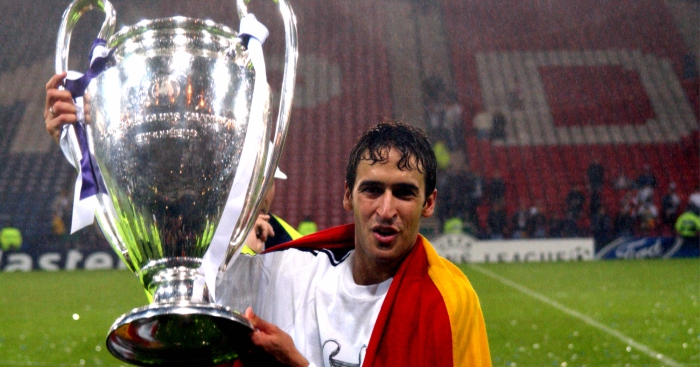 READ: 11 of the best quotes on Raúl: ‘He walks on the turf and astounds’

A nomadic career has taken Edu through homeland Brazil, Germany, Japan, China and South Korea, where he was last spotted playing for Jeonbuk Hyundai Motors.

Equally nomadic was Greek forward Charisteas, who is more noteworthy for his international achievements than his club records – he became his country’s second-highest goalscorer of all time as he netted 25 times in 88 caps, including the winner in the Euro 2004 final.

Now retired, he works as a scout for Ajax.