An ode to Everton cult hero Daniel Amokachi, the best sub never made 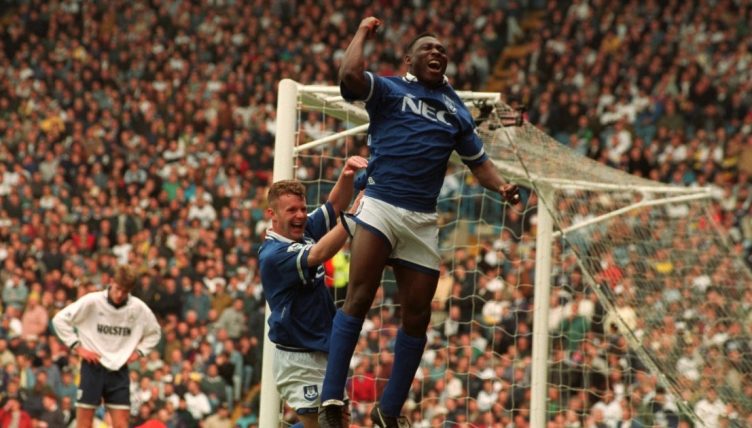 Daniel Amokachi spent only two seasons at Everton and was hardly prolific in either of them, but when it comes to achieving cult hero status, sometimes all it takes is one game.

For Amokachi, that game was the FA Cup semi-final against Tottenham in April 1995. He’d scored only once in 12 Premier League games up to that point, but on a wild afternoon at Elland Road he wrote himself into Everton folklore.

Good things come to those who wait, the saying goes, but Amokachi obviously wasn’t a fan of that saying. Because when Paul Rideout went down injured with 20 minutes to go in Leeds, the Nigerian took matters into his own hands.

Everton were leading 2-1 courtesy of goals from Matt Jackson and Graham Stuart, but Jurgen Klinsmann’s penalty eight minutes earlier had set up a grandstand finish.

Then, Rideout was stretchered off and Amokachi sensed an opportunity, substituting himself into the action. Yes, you read that correctly.

Rideout, it turns out, was actually fine to continue after some treatment, but by then it was too late. “Daniel wandered onto the pitch, the fourth official held up the board, and that was it,” said manager Joe Royle afterwards.

Thankfully for Royle and most of all for Amokachi, it worked out pretty well as the substitute headed home Stuart’s cross at the far post to make it 3-1 with eight minutes left, before scoring again from a Gary Ablett cross from the left with a minute to go. Everton were in the cup final.

“The best substitution I never made,” was how Royle described Amokachi’s glorious cameo.

For Amokachi it was a moment of joyous relief after a torrid debut season marred by a long goal drought and bouts of injuries.

Bought for a then-club-record fee of £3million off the back of a successful World Cup with Nigeria in 1994, things quickly went south for Amokachi as Everton made a disastrous start to the campaign, failing to win a single game in the league until November.

Amokachi had not scored since his home debut in September, and with Rideout and the on-loan Duncan Ferguson striking up an excellent partnership, opportunities had been few and far between for the man nicknamed ‘The Bull’.

Unsurprisingly, he was champing at the bit that day at Elland Road…

The 1994 World Cup is famous for many things: Pablo Escobar’s unfortunate own goal, the singer Diana Ross somehow missing a penalty from close range during the opening ceremony, and Roberto Baggio’s sky-high penalty miss that handed the trophy to Brazil in the final.

One of the lesser told stories of that historic summer in the USA was of Nigeria’s first ever appearance at a World Cup finals.

The Super Eagles were the best African side by a country mile, a team chock full of generational talent and fifth in the FIFA rankings after swatting all opposition aside earlier in the year to win their second African Cup of Nations.

Nigeria were everything you expected them to be and then some: not only were they strong and powerful, they were blessed with technically proficient players and the eagle-eyed finishing of Rashidi Yekini.

But it was Amokachi that impressed the European scouts most, scoring twice and making sure his was a name everybody would remember.

His first came in Nigeria’s opener against Bulgaria when he dribbled past Borislav Mihailov in goal, and with the angle tight and against him, swivelled beautifully without missing a step to fire into the gaping goal.

A delightful goal to score, definitely, but the celebration that followed was even better, with Amokachi dancing rhythmically by the corner flag. This was the essence of Amokachi, a talented footballer who also played with the unbridled enthusiasm of a child let loose in a toyshop.

If his first goal was good, the second was even better, one of the best goals scored at the World Cup.

It came in the last group game against a desperately poor Greece side that had lost their two games 4-0 to Argentina and Bulgaria, and with Nigeria already 1-0 up and the game now in the fourth minute of second-half stoppage time, there was little else to play for.

Amokachi, however, didn’t seem to get that memo. Receiving a pass just past the halfway line in the Greek half, he weaved his way past four defenders, two of them left in a heap, before unleashing a sumptuous drive from outside the box.

Amokachi remembered that as his “favourite memory of playing for the national team – even the referee congratulated me”.

Amokachi almost ended up at Juventus on the back of those impressive outings in America, but instead it was Everton that landed the striker from Club Brugge.

And when he scored the equaliser on his home debut in 2-2 draw against QPR, Everton fans may have thought it was a sign of things to come.

Unfortunately, it wasn’t as injuries to their record signing and a run of 12 league games without a win led to manager Mike Walker getting his P45.

Amokachi would only play 18 times in the league that season, scoring four goals, but his double against Spurs set up an FA Cup final against Manchester United at Wembley in which the Toffees beat the holders 1-0. 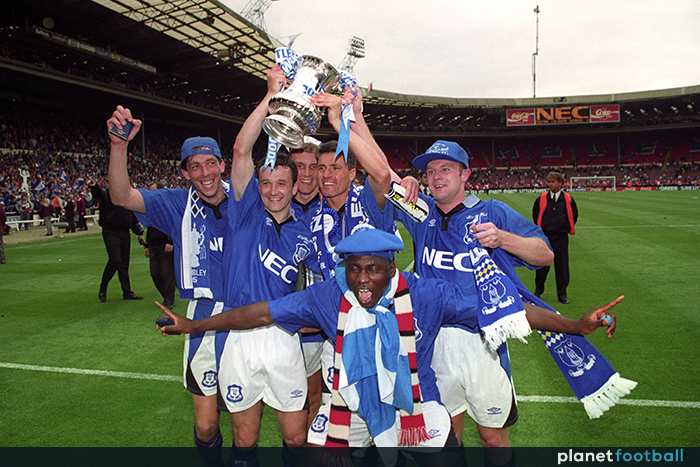 However, it did not prove to be the launchpad for his career in England as he again struggled for game time in his second season at Goodison, scoring eight goals in 23 starts and nine substitute appearances in all competitions before being sold to Besiktas.

Amokachi stayed there for three seasons, but a knee injury picked up during the 1998 World Cup effectively put paid to his career as he endured peripatetic spells in Germany, France, the UAE and elsewhere without much success.

Amokachi’s time at Everton was perhaps not as good as many at the club would have expected either when they paid a record fee for his services, but for those two goals against Spurs, he’ll forever be a legend to the club’s supporters.