A tribute to the fleeting brilliance of Mikael Forssell at Birmingham 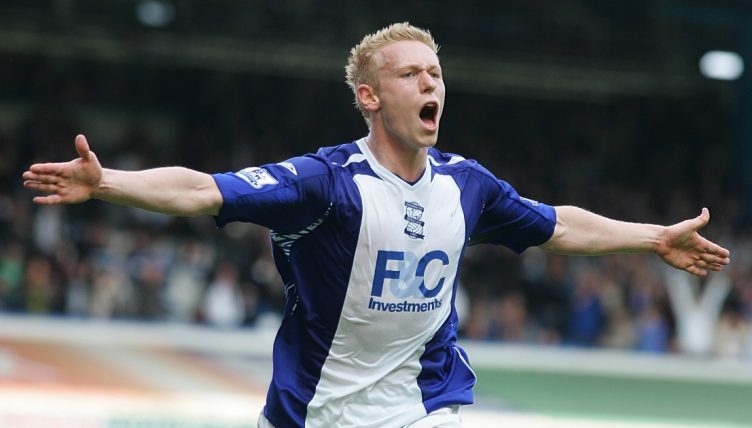 Mikael Forssell may never have truly established himself at Chelsea, but he’ll always be loved at Birmingham City.

True goalscorers are a precious commodity in football. The demand for them is huge, far greater than the small number capable of living up to expectations.

In the right circumstances many players can enjoy a good run, but the perfect mix of belief, manager, system and team-mates is difficult to find and even harder to maintain.

It’s a peculiar kind of alchemy, virtually impossible to achieve. Many have tried and most have failed. Even those who’ve enjoyed success with one formula struggle to replicate it elsewhere.

It’s elusive and unquantifiable, but when you strike gold, it can be glorious – a striker sent through on goal and you know he’s not going to miss, while everyone mentally prepares for the restart before he’s even picked his spot.

Birmingham City aren’t a club that have enjoyed this luxury too many times, at least in recent years. With teams characterised more by grit and determination rather than skill, attacking football has often seemed a distant, almost unattainable, prospect.

The last player to score more than 20 goals in a season for the Blues was Steve Claridge in the 1994-95 season, when the club won the third tier. Along with Paul Devlin and Paul Furlong, Mikael Forssell has come closest to ending that run, falling just one short of the mark in 2004.

Unlike the other two, the Finnish striker did so while playing in the Premier League and for a side that created very few chances.

But that didn’t matter, because he greedily devoured whatever came his way. In the 2003-04 season, while on loan from Chelsea, Forssell was on fire.

After making his breakthrough at HJK in Finland, he was signed by Gianluca Vialli for Chelsea and moved to England as a 17 year-old. The wiry youngster made his debut against Arsenal and scored a brace on his first start, at home to Oxford United.

He seized on a misplaced backpass to cut inside, open his body and curl the ball into the top corner. For the second, Forssell was teed up by Celestine Babayaro and let rip from outside the box, crashing his shot past a motionless goalkeeper.

Despite the ginger hair, fresh-faced looks and slight frame, the essence of the striker who would go on to star for Birmingham was already in evidence.

His first league goal followed shortly after, capitalising on another defensive mix-up to round Dave Beasant and tap into an empty net in a win over Nottingham Forest. 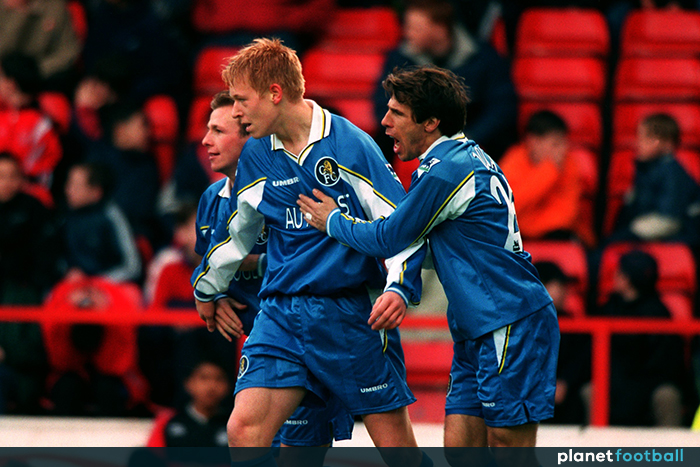 Sharp goalscoring instincts, the ability to sniff out an opportunity and the technique to take advantage of it, were vital components in Forssell’s armoury.

However, as competition for places increased he saw less first-team action, and was loaned out to Crystal Palace and later Borussia Monchengladbach.

He arrived at Birmingham three games into the club’s second Premier League season, coming straight into the side at home to Fulham.

Supporters had become accustomed to hardworking yet far from prolific strikers, but Forssell immediately broke the mould, scoring both goals in a 2-2 draw.

He got his third in two games away at Leeds, latching onto a David Dunn through ball and firing between Paul Robinson’s legs.

Another win over Portsmouth a week later extended the Blues’ unbeaten run to seven games, moving them up to fourth in the table.

The understanding forged between Dunn and Forssell, two new signings, was integral to that success. Deft, creative midfielders and dead-eyed finishers were rarities at St Andrew’s. Having one of each in the same side was almost unheard of.

Both would regrettably struggle with injury, limiting the time they shared on the pitch and diminishing their impact when they did, but for a brief period they were great to watch in tandem – two players of genuine quality who understood each other’s games.

Forssell continued to play and score consistently, no matter the circumstances. He struck two excellent goals in the FA Cup, one at home to Blackburn and the other away to Sunderland, demonstrating his quick feet and outstanding close control.

The forward was a different animal to the one who had joined Chelsea five years previously. He’d honed his technique but also bulked out, enabling him to hold off challenges and offer more of an aerial threat.

But he was still at his best when teasing defenders and engineering space to hit the target.

Although the Blues faded towards the end of the season, their top scorer didn’t. Braces against Leeds and Middlesbrough came in successive games before he got his final goal of the campaign against Wolverhampton Wanderers.

Overall, there were 19 in 37 appearances, better than the fabled one-in-two strike rate that so many aspire to, and a higher total than any of a newly-minted Chelsea’s far more expensive options could manage.

Roman Abramovich had taken over in the summer of 2003, with the arrivals of Adrian Mutu and Hernan Crespo squeezing Forssell out of contention, but his performances in the Midlands demonstrated that he shouldn’t be so easily overlooked in future.

However, Chelsea didn’t heed the message and, on his return to Stamford Bridge, Forssell was once more deemed surplus to requirements. He was made available for loan and Birmingham City were again the grateful recipients.

Paired up front with new club-record signing Emile Heskey, Birmingham were hopeful of pushing for a European place, but the duo didn’t get much time to forge a relationship as Forssell suffered a serious knee injury four games into the season and missed six months of football.

He was sent back to Chelsea to recover before Birmingham signed him permanently ahead of the 2005-06 season, despite rumours he had failed a medical at Everton.

Sadly, as much as everyone hoped it would work out, he was never quite the same. Forssell struggled to recapture his best form and Steve Bruce’s men slumped to relegation.

He then suffered a serious injury to his other knee during the subsequent promotion campaign, restricting him to just eight appearances.

There were some beguiling reminders of how things used to be on the club’s return to the Premier League, but it never flowered into a full-blown renaissance.

Forssell scored an emotional opening goal against Chelsea on the first day of the season and notched a perfect hat-trick against Tottenham Hotspur in March 2008 as Birmingham briefly threatened to stay up.

Spurs had just won the League Cup at Wembley but were blown away by Forssell’s finishing in a 4-1 defeat. He swivelled to head in the opener from an awkward angle, pounced on a defensive error to fire in with his right foot and found the bottom corner with his left to complete the job.

No longer quite as sharp or lively as before, in that moment he was back to being the bright boyish striker with bleach-blond hair and an insatiable appetite for goals.

That’s how he will always be remembered by the Birmingham City supporters who saw him at his very best.