An ode to Steed Malbranque, a man so great even Tony Blair loved him 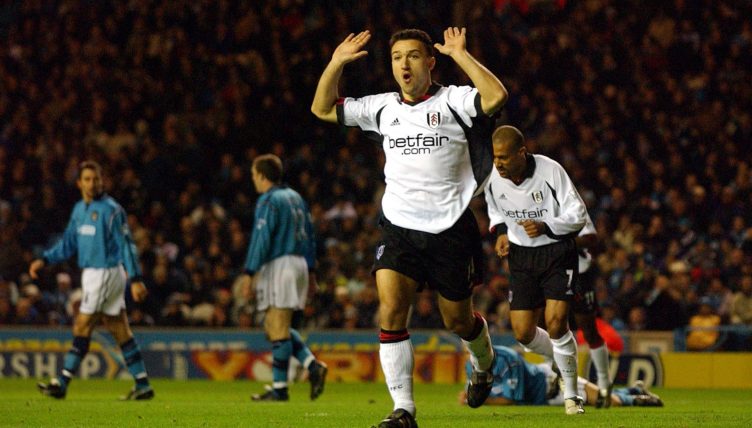 As fans of Fulham, Tottenham and Sunderland will attest, Steed Malbranque was a lovely, lovely footballer. Even Tony Blair loved him.

It’s 2005. Tony Blair has been invited, for reasons that aren’t immediately obvious, onto BBC’s Football Focus programme to give his views on the beautiful game.

The nation is unsure whether to take his opinion on anything – particularly something as important as football – seriously. However, to give the former Prime Minister his dues, on this occasion he may be onto something.

Sporting an unnecessarily open-necked shirt and asked to name the Premier League players who had caught his eye, he gave three responses: Teddy Sheringham, Arjan de Zeeuw, and Steed Malbranque.

The first, fair enough. The second is a story for another day.

Blair was a man who knew his football. Remember his headers with Kevin Keegan? We know that his love of Newcastle was entirely genuine and that he wouldn’t have pretended to support them just because they were the nearest major club to his constituency.

This was an era when the Premier League was graced with Thierry Henry and Ruud van Nistelrooy. Paul Scholes was at his peak. Few had the foresight to invest their hopes in a midfielder who would go on to provide more assists than the Manchester United legend.

Malbranque made his name at Fulham as a record signing, arriving as a highly-rated France Under-21 international costing £4.5million. By 2001, as a 20-year-old, he had already made 50 appearances for Lyon. 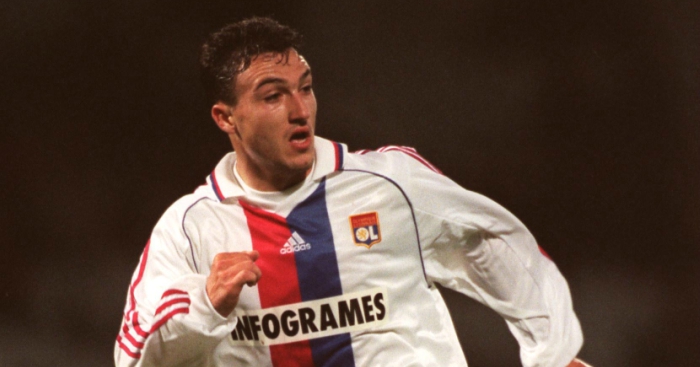 At Craven Cottage, he quickly earned a reputation as a phenomenally hard-working player, linking up with the likes of Luis Boa Morte and Brian McBride. Those were the days, weren’t they?

A move to Tottenham Hotspur followed, where his tackling ability became more apparent than ever. In line with the step up he had made, he resolved to work even harder.

Just as he had in west London, he would achieve cult hero status at Spurs.

“Steeeed,” White Hart Lane would cry whenever he came on or off the field, and all the more vociferously on the handful of times he scored for the club. Maybe it was because he kept them in such suspense before making his debut, having had to wait 10 weeks for his first appearance due to injury.

Of course, he is one of the last Tottenham players to win a trophy, playing his part in their Carling Cup triumph in 2008.

In the semi-final thrashing of Arsenal, he notched the fifth goal in the dying seconds. It was no more than the icing on the cake, a tap-in, but it was absolutely glorious.

🗓 On This Day: The second leg of the League Cup semi-final in 2008, not much more can be said, the rest is history…

At the other end, and unfortunately just as memorable, came his comedic own goal against Sevilla in the UEFA Cup. It was a night when the La Liga outfit – incidentally, managed by a certain Juande Ramos – were almost certain to go through, though Spurs gave themselves hope as they came from two goals down, only to lose 4-3 on aggregate.

Christian Poulsen leapt up with the header. Malbranque’s response was to flap at it, legs flailing, and before he knew it, the ball was in the back of the net. Martin Jol decided he would never be put on the near post at corners again.

It had taken a little while for the fans to warm to their new £2million signing. Perhaps on account of his injuries, his first campaign was underwhelming and it took time for the Belgian-born star to become instrumental.

Never the bridegroom but always in the wedding party, his display in the classic 6-4 win over Reading was overshadowed by Dimitar Berbatov’s four goals.

The 2007-08 season started in traumatic fashion with Jol’s underhand sacking in October, yet for Malbranque himself, the campaign brought progress.

Admittedly, he wasn’t cut from the same cloth as the midfielders Mauricio Pochettino would entertain, but this was a very different time. Expectations are a little higher than they were then, Malbranque captured the hearts of the Spurs faithful by sheer exertion.

Onto Sunderland, he followed in the footsteps of two other ex-Lilywhites in Teemu Tainio and Pascal Chimbonda.

And Ricky Sbragia managed to exploit Malbranque’s versatility, using him both on the left and right and to great effect.

With the end of his time at the Stadium of Light came the end of English football’s love affair with Steed Malbranque.

Upon quitting Lyon, he had made some fairly disparaging comments not about the club itself but about the quality of Ligue 1, and chose to spend his best years across the water in England.

It was only in the twilight of his career that he headed back to Lyon, via Saint-Etienne, before ending with a brief stint in Caen.

French fans may have forgotten all about him by that time, as he never ventured into the senior international team.

The peak of his career coincided with Les Bleus finishing the 2006 World Cup as runners-up, with Franck Ribery announcing himself on the global stage. It would have taken something truly spectacular to make it into that XI.

While it lasted, the pace and determination he showed at Fulham, and subsequently at Tottenham, was something to behold. So, here’s to you, Mr Blair, for your incredible foresight.

READ MORE: A celebration of Adel Taarabt and his ability to make your dad angry