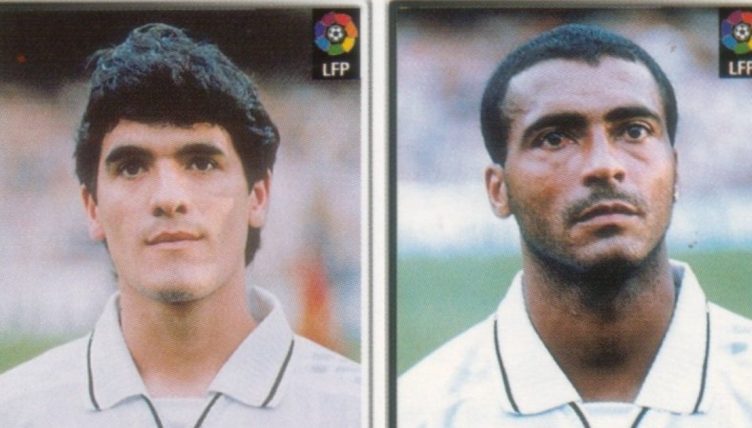 One of the many reasons that football is so wonderful – and perhaps the main explanation as to why it is so popular the world over – is that it offers such freedom for interpretation.

All you have to do is score more goals than the opposition in the allotted 90 minutes. How you go about that is entirely up to you and what you believe to be right.

To some extent, how we decide to approach the game is governed by the culture and values inculcated in us from our youth. Views of how football should be played reflect our views on how life should be lived.

As Jorge Valdano, a great footballer and even greater football philosopher, wrote in El Pais while managing Real Madrid in 1994: “For those who know how to look deeply, football can uncover hidden truths in the social tangle.”

Valdano has always been one to search for those truths, to try to remove the thicket to discover the reality beneath.

As manager he was always one to tolerate the different strands to the social tangle, too, to allow players to express their own interpretations of the game. To be brave enough to do what he did at Valencia in the summer of 1997, he had to be.

The Argentinian former Real Madrid player had arrived to coach Valencia in November 1996 and, after taking a while to assess his squad, decided that an injection of quality was required.

To find that quality, he looked to the continent of his birth and to two of the most naturally gifted footballers that one could hope to come across: Ariel ‘Burrito’ Ortega and Romario.

Oretega, the first to come in March 1997, was arriving for his first taste of European football aged 23 off the back of winning the Copa Libertadores with hometown club River Plate.

Romario, on the other hand, was already 31 and had experience in Europe. He was also already a Valencia player when Valdano called on him in July 1997; legally, at least.

Though under contract at Valencia, Romario spent most of the 1996-97 season out on loan at Flamengo, deemed undesirable by former manager Luis Aragones. Yet Valdano wanted him back, aware of the impact his goals could have.

There was an issue, of course. Despite the differences in experience and nationality between Ortega and Romario, both men had one thing in common: a taste for the good life, preferably after dark. Valdano knew it but was unfazed, more than prepared to deal with the fallout if they produced on the pitch.

“For me,” he told El Grafico in 2008, “you can’t put all footballers in the same mould, because they are not all the same. There are players that have to be considered artists, [capable of] individual expressions that if we do not know how to manage, get lost.”

Valdano was ready to concede privileges to Romario and Ortega – the Brazilian had a clause in his contract that allowed him to hit the disco as much as he liked and was fond of telling the press about it – but believed they were worth it. And for a few blissful moments in summer, it looked like Valdano’s plan might bear fruit.

When making his debut in March, Ortega scored twice and run the Sevilla defence ragged, putting in the display of a man who made genius look easy.

Ortega had gone on to make 11 further starts that season, scoring five more goals. The Spanish press and particularly Valencians were enamoured, predicting that Ortega would become one of the world’s best. Now combine Ortega’s impetuousness with the ability of Romario and the 1997-98 season promised to be explosive.

In pre-season, that promise threatened to become reality.

Valencia’s then-reserve ‘keeper Gustavo Campanguolo recalled the warm-up games in an interview with El Grafico in 2017: “The season started and we played a three-team tournament with Flamengo and Palmeiras. Romario scored two goals in one game and three in the other, or something like that, then the press found him in a nightclub at 7am.

“They went over to ask him [what he was doing, after the game in which he’d scored two], and he responded, ‘When I scored three I went to bed at 8am.’

Romario’s form was red hot. In another friendly against Atletico Madrid in early August, he found the net again, this time a spectacular effort that he will tell you is one of the best of the 1,002 he claims to have scored.

Unfortunately, though, it would not last. In one last pre-season game, for which Valdano years later said Romario was “over-motivated”, the Brazilian pulled a muscle in his leg trying an overhead kick.

“I remember that he passed by the bench on top of a stretcher,” Valdano continued, “and I said to Giraldez [the fitness coach], ‘Out on that stretcher, they will take me too!'”

Valdano was correct – his plans were scuppered, Ortega’s quality alone not enough to save him. Three league games and three losses into the season, Valdano was sacked.

In his place, Valencia brought in promising young Italian coach Claudio Ranieri. Ranieri had won the Coppa Italia with Fiorentina a year prior and was highly rated. But the Italian, and consequently his ideas on the game, came from a different cultural milieu to Valdano – one where the antics of Romario and Ortega were anathema.

Upon his arrival, Ranieri told the media, “Romario is the best player in the world, but Fiorentina had Batistuta and ended up relegated [before I arrived there]… Valencia should get to the level of Real Madrid or Barcelona. There is a lot of work to be done to get a mix between the quality of the players and the character.”

It was a warning shot, one the new boss would follow up with a more rigorous set of expectations around player discipline.

“Ranieri was hard-line, he put fines in place for everything,” Campanguolo told El Grafico. “On the day [the fines] were set out, Romario showed up with a pile of money and gave it to [Andoni] Zubizarreta, who was our captain [and said], ‘Look, it’s here, I’ll pay my fines up front.'”

Gaizka Mendieta, a hard-working youngster in the Valencia squad at the time, who would go on to become one of Ranieri’s most trusted players, told the Guardian that training changed immeasurably, too: “It was the first time he had coached outside of Italy and he tried to make us train at 3pm.

“I had to explain that was not going to work with our siesta… The training was very ‘Italian’. A lot of weights, jumping, squats. We would ask him: ‘Claudio, remember that round thing over there?'”

With the new regime, it was only a matter of time before conflict broke out with both of his unruly star players – as well as another mercurial Brazilian Valdano had signed, free-kick master Marcelinho Carioca, a man whose next move was decided by a radio phone-in.

Romario was the first to break. In October, the newspaper Levante EMV reported that before training one day, Ranieri turned to Romario and said: “They’ve told me you went out last night ’til four in the morning.”

Unimpressed, Romario replied: “In my private life I do what I want… Whoever doesn’t like that can get fucked.”

Ranieri responded that with that attitude, Romario was unlikely to get a place in the squad for the 1998 World Cup, intimating that he would put him in the reserves. “If I don’t play here,” Romario retorted, “I’ll go back to Brazil.”

It wouldn’t be long before Romario did just that – though the Brazilian was there long enough to see Ranieri’s inevitable run-in with Ortega.

Ranieri was again the instigator, dropping Ortega to the bench in favour of Goran Vlaovic, a player Ranieri said was “of less quality… but of more work”.

On international duty soon after, Ortega criticised his manager in the Argentinian press. Asked about the Italian’s tactical system, he told Clarin: “We are a disaster. On Wednesday, against Figueras, a team from the Segunda B, we played with one forward and everyone else at the back. What system is that?”

Unhappy, Ortega’s behaviour worsened. He stuck around in Argentina for a few extra days after international breaks, enjoying himself when he was meant to be back in Valencia. He went out at night and turned up late to training. 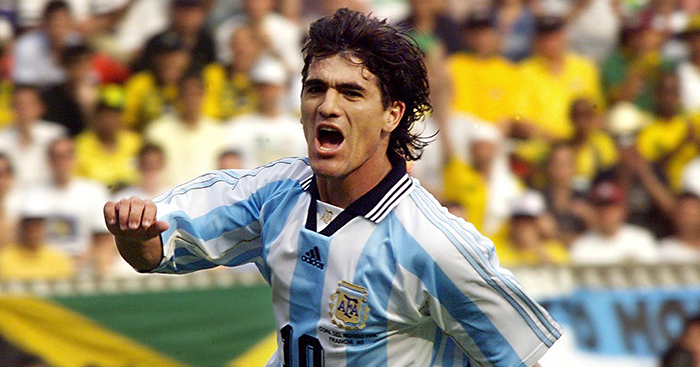 READ: A tribute to Ariel Ortega, a frustrating rebel you couldn’t help but love

“Ortega is a player with great quality, but he doesn’t like training and that’s not good,” Ranieiri said before a match against Mallorca in January. “Since I arrived at Valencia, Ortega has worked 43 hours less than his team-mates… I ask myself if Ortega thinks exclusively about getting to the World Cup well rested.”

The Argentine was sold to Sampdoria that summer, where he spent a single season before another solitary campaign at Parma and a finally a return to his beloved River Plate. As good as Ortega was, European football was not for him.

Romario, meanwhile, had already packed his bags, as promised, in January 1998, taking another loan to Flamengo. Yet unlike Ortega, the Brazilian would not make it to France. Romario picked up an injury in Brazil that he would not recover from in time to rekindle the fire he and Ronaldo had lit together playing up front for the Selecao throughout 1997.

Ranieri was ultimately justified in his decision to hound Romario and Ortega out of the club, though. In 1998-99, Valencia secured a top-four finish and win the Copa del Rey, a first trophy in nearly two decades.

Football, like life, can be interpreted in many ways. When those interpretations are mixed, there are generally two possibilities: first, that they complement each other and produce something greater than what came before; second, that they clash, causing irresolvable dispute.

At Valencia in 1997-98, it was unfortunately the latter. And so Ortega and Romario remains a mere tale of what might have been.

A tribute to Ariel Ortega, a frustrating rebel you couldn’t help but love