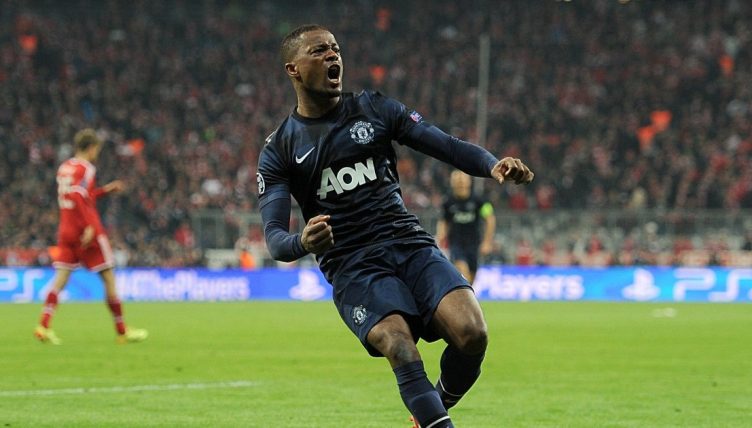 Manchester United fans didn’t have many causes to celebrate during David Moyes’ tenure as manager, but the Scot’s time in charge did provide one fleeing moment of unbridled joy at Bayern Munich.

Football might be a results business first and foremost, but it’s also an industry that trades in moments.

You know exactly how you’re supposed to feel at the end of a season, whether it’s resulted in a trophy win, a relegation or something in between, but the most powerful reactions come when you’re caught by surprise.

By April 2014, Moyes’ six-year deal already looked to be in jeopardy, with reigning champions United sitting seventh in the league and seven points off a top-four spot.

Worse still, a 3-0 defeat at home to Liverpool had helped breathe life into their rivals’ title charge, and Brendan Rodgers’ team sat top of the table when their rivals turned to European responsibilities.

After scraping past Olympiakos in the last 16 thanks to a Robin van Persie hat-trick, the quarter-final stage was meant to be where their journey ended. Bayern were defending champions and had wrapped up the Bundesliga title before the end of March.

Moyes’ team wasn’t even able to take a lead to the Allianz Arena, with Bastian Schweinsteiger emphatically cancelling out Nemanja Vidic’s Old Trafford opener. It was a foregone conclusion. And then, for a fleeting moment, it wasn’t.

Normally, when a game drags on at 0-0, it paves the way for tension to be ramped up. It gives the team chasing a game the belief that maybe they could sneak an upset.

Here, though, it was the opposite if anything. Run down into a place of pessimism by just a few months under Moyes, plenty of United fans had convinced themselves that a longer goalless run would simply make their inevitable defeat all the more crushing.

The initial frustration would ensure the inevitable opener was followed by a dominant team releasing its frustration on a helpless enemy with goal after goal, and this felt more like a script than a suggestion.

But then the ball broke to Patrice Evra on the edge of the box, and he did this.

Evra wasn’t a goal threat on paper. He had scored just twice all season, and it was seven years – almost to the day – since his one and only previous Champions League strike for United in a 7-1 win over Roma.

It wasn’t that this sort of thing wasn’t meant to happen, but rather that – by any reasonable measure – it couldn’t.

This is exactly what makes the moment so wondrous. Winning when you’re supposed to carries an entirely different kind of sensation to winning when you’re not. It’s the feeling of having unlocked a secret code but in such a way that you’re forever unable to retain any knowledge of how you did so.

You can’t carry the memory with you to translate it into future glories because to do so would make it suddenly logical and remove its magic, and so the moment itself is all you have. And the shorter that moment is, the more intense it feels.

Bayern’s equaliser, less than a minute after the restart, simply serves to make the symbol of Evra’s goal more powerful.

It was never really something to protect in a traditional sense, and the movement from reaction to memory was sudden enough to essentially remove any idea of overlap. The hosts added two more to progress, and we always knew they would.

Thirty seconds within one football season is the equivalent of a single day in a person’s life: you can project meaning onto the before and after, but any effort to imbue meaning will run the risk of you rewriting what preceded the event from the vantage point of having already witnessed it.

However, the less time you have to let it soak in, be that due to denying yourself the opportunity or allowing someone else to do so, the harder it is to remove yourself from the purity of your instinctive reaction.

Fans can construct their histories of an era, landing on points at which everything changed, but it’s harder to do the same with ephemeral moments. Here, you have how it made you feel then and there, and nothing else. And why would you even want anything else?