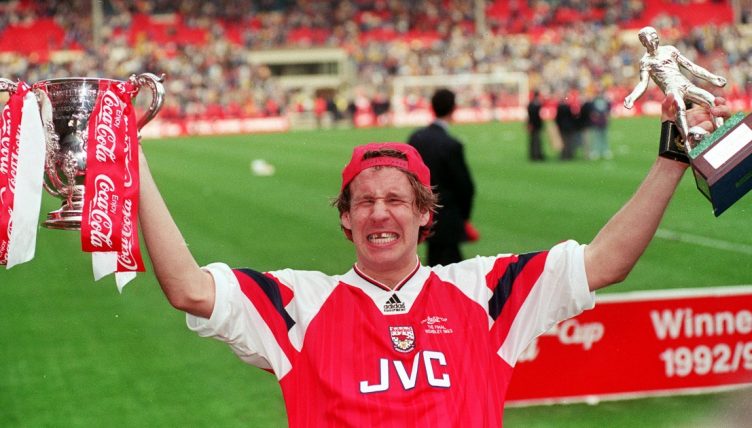 Paul Merson and George Graham may have been a surprise success story, but the former Arsenal hero still rues the manager’s decision to sell a future Newcastle United and Manchester United hitman.

On the face of it, Merson and Graham should never have really worked. Graham was renowned as a strict tactician and fearsome disciplinarian, while Merson earned a reputation as a renegade both on and off the pitch.

But, while Graham may never have curbed Merson’s off-field controversies, the attacking midfielder produced the best football of his career under the Scot, winning the league title twice as well as numerous other honours at Highbury.

But the 49-year-old is happy to admit that Graham did not get everything right. One decision in particular which stands out is Graham’s decision to sell a 21-year-old Andy Cole to Bristol City in 1992.

When asked about Cole on the Quickly Kevin, Will He Score? podcast, Merson says: “He was brilliant. He wanted to be in the team straight away. He didn’t play in the team too often. It was out of him and Kevin Campbell.

“I thought it was a bad decision. I thought he was a better player than Kevin Campbell if I’m being honest. You could tell he was a good player. But Kevin turned out to be a very, very good player anyway.” 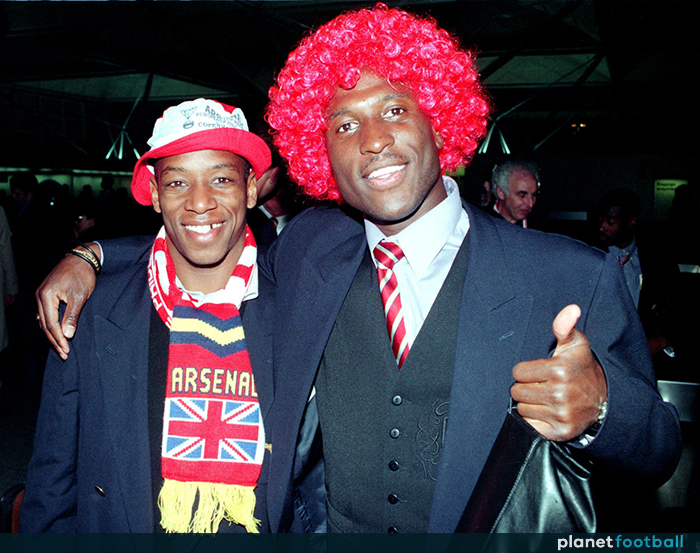 While Merson was among the Arsenal players tasked with providing the flair, the Gunners’ success under Graham was built upon the foundations of their famously stringent back five: David Seaman, Lee Dixon, Tony Adams, Steve Bould and Nigel Winterburn.

In training, up to 10 players would attack against the quintet. “We’d be lucky if we scored one, seriously,” Merson says. “There were that drilled.

“But we won medals, so at the end of that day it worked. If Arsene Wenger had his tactical nous they would win the league every year.”

Let off by Graham

Graham may have been strict with his players on the field, but he somewhat indulged them off it, allowing a notorious drinking culture among the players.

Merson’s career was blighted by addictions to alcohol, drugs and gambling, but he was worried about Graham’s reaction only once.

“When I got done with the drugs and everything (in 1994) he called me in. I did talk to him [in later years] and I said, ‘Why didn’t you throw me out?’ because I’d already had about a million chances.

Paul Merson scores the only goal in a 1-0 win at Anfield on the way to becoming Champions in 1991 @PaulMerse #arsenal #afc pic.twitter.com/x5yKkQ827I

Given the turbulent trajectory of Merson’s club career, it is no surprise that his international career with England followed much the same path.

A seven-year England career began in 1991, but he won only 21 caps in that time and never truly established himself in the side – being completely frozen out by Terry Venables.

Despite representing his country at the 1992 European Championships and 1998 World Cup, one of his personal highlights came as England participated in the 1993 US Cup.

The tournament was a warm-up for the following year’s World Cup, which England had entered in anticipation of qualifying for the showpiece event.

As it transpired, Graham Taylor’s men failed to make it to the World Cup – not that it stopped Merson and his team-mates making the most of a chance to get acclimatised in America.

“We went to Boston, we went to Washington and then we went to Detroit,” Merson says. “And you know you can’t qualify. It was like the best holiday I’ve ever been on. 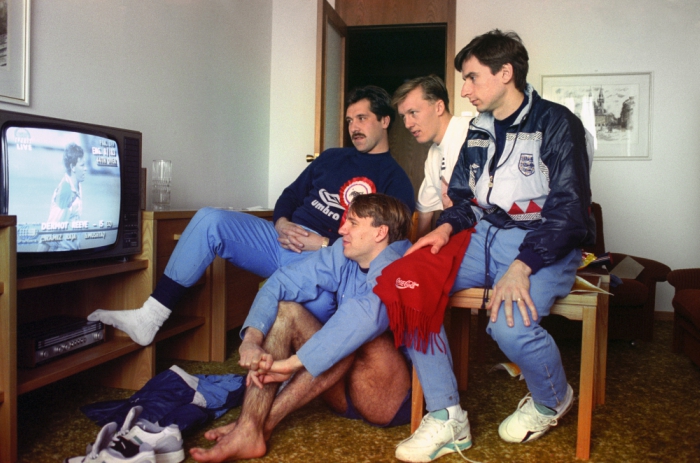 “We go Washington, we’re playing cards all night: me, Teddy Sheringham, Carlton Palmer. Then they all went to bed and I went out. So I get downstairs, turn left, bang, in a bar, absolutely parra.

“I leave the bar and there’s two geezers arguing in the middle of the road. I go up to them and go, ‘Come on, lads, let’s not start fighting.’ They’re looking at me like I’m an absolute nutcase. I just walk off to bed.

“I get up in the morning and we have a big meeting with the FBI. They get us all down, the FBI have all got their caps on and everything and they go, ‘Whatever happens, you’re in the capital of the world of killings, do not come out of this hotel at night and turn left.’

“The night before I’m breaking up a fight in the middle of the street. How I never got shot I do not know.

He continues: “Then we went Detroit. When you go on a trip you always hook onto the captain because the captain is never getting sent home. Me, Incey and John Barnes all went out.

“We get back in and Phil Neal’s waiting at the door for us at 2am saying he’s going to tell the gaffer.

This interview was originally published in January 2018.

Perry Groves interview: Making it at Arsenal, 1989 and life after football