Recalling Edgar Davids at Crystal Palace: ‘He was no Shaun Derry’ 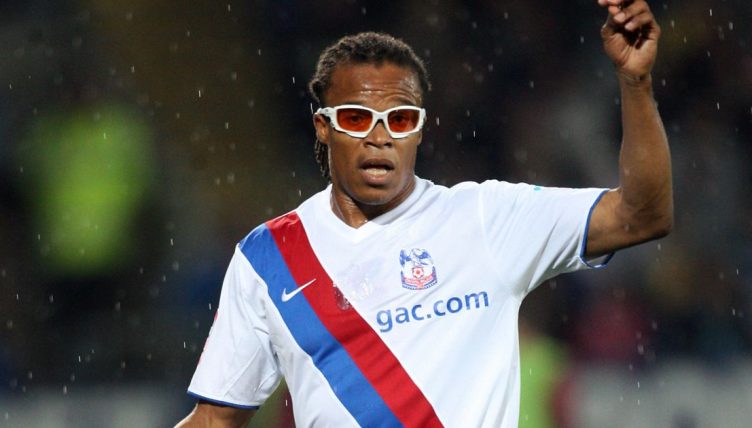 Looking back, it sounds strange that my primary concern as a Crystal Palace fan in the summer of 2010 was how we were going to replace Shaun Derry.

In many ways, it was a relief to be able to fret about such a trivial on-field matter. A few months previously, my club had appeared to be on the verge of both relegation and extinction.

A dramatic 2-2 draw with Sheffield Wednesday on the final day of the 2009-10 Championship campaign was sufficient to stave off the former threat, thank goodness, before a consortium led by Steve Parish eventually completed their takeover to prevent the start of the liquidation process a few weeks later. Relief doesn’t come much bigger.

Hope of a bright new future increased when George Burley’s side beat Leicester City in the following season’s curtain-raiser at Selhurst Park, with a teenage debutant named Wilfried Zaha opening the scoring early on.

It was a strange game: Palace stormed into a three-goal lead inside 41 minutes before proceeding to not so much take their foot off the gas as pull the key out of the ignition and have a nap on the bonnet.

In the end, we clung on for a narrow 3-2 victory. There were signs of promise, especially from the magical feet of the thrilling Zaha, but it was obvious that the back of midfield needed tightening up. 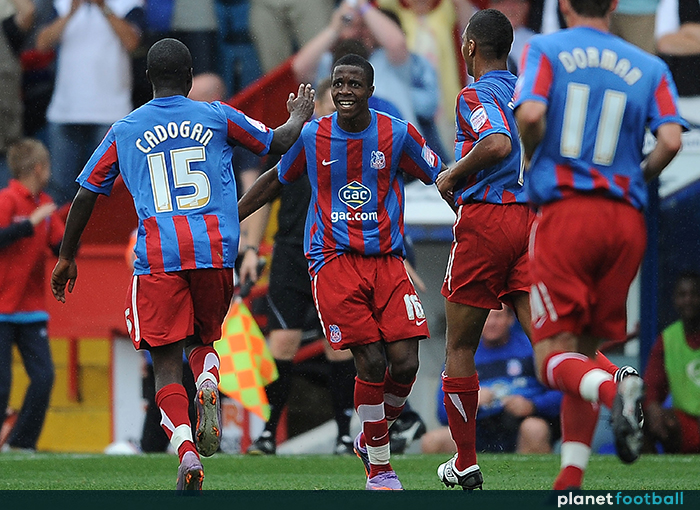 Derry had been an integral part of the team in 2009-10, playing 4070 of a possible 4140 league minutes as Palace overcame a 10-point deduction to keep their heads above water in the second tier.

While his technical skills were always a little underrated – at least at Championship level – his standout attributes were his tackling, positioning, character and leadership.

It wasn’t at all unexpected when he left the uncertainty of Selhurst Park for the chance of a promotion push at Queens Park Rangers, but his departure left a gaping hole in the heart of the side that desperately needed filling.

Who else to take on the role but a former Ajax, Barcelona and Juventus superstar who had won the Champions League and six league titles during his near two decades in the game?

I remember exactly where I was when the Edgar Davids links began to surface: a barbeque. Naturally, I dismissed them out of hand and continued to enjoy my time visiting family in the Midlands while tentatively checking my phone for general transfer updates every now and then.

I avoided all the excited chatter about a certain dreadlocked Dutchman on the forums, though. What was the point, I reasoned, in following such a fanciful and frankly ludicrous rumour? 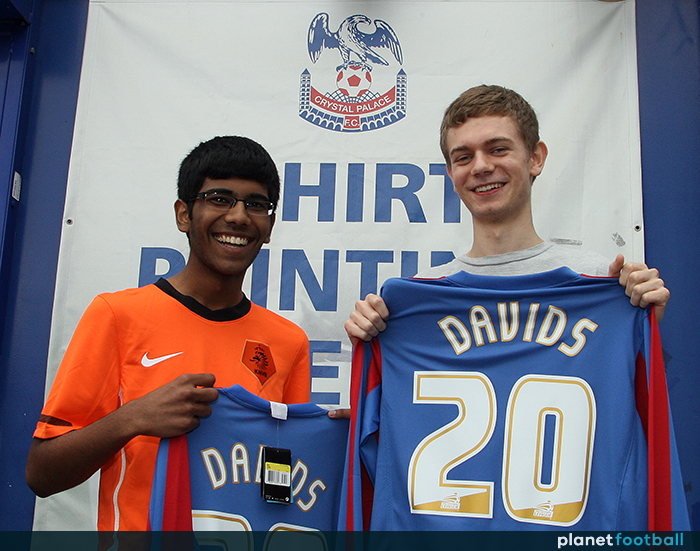 “Let’s just have fun,” he told baffled reporters at the Eagles’ training ground. “I’ll give it my all and see where it leads to.

“I can play left-back, I can play in midfield, or on the left or right wings,” he added, sparking hopes that he would be carrying out all four roles simultaneously.

He may not have played professionally since leaving Ajax over two years previously, but that small fact didn’t matter. This was Edgar Davids, after all, and we had astutely protected ourselves by signing him up to a pay-as-you-play deal. Nothing could go wrong.

I considered booking an early train home to see his possible debut against Ipswich Town but opted to stay put once Burley confirmed that it was too early for the 37-year-old to be involved.

Instead, his maiden league appearance in Palace colours came away to Scunthorpe United, an experience which presumably led to Davids contracting a severe bout of what-on-earth-am-I-doing-here-itis – even before we lost 3-0.

The ex-Netherlands international had been deployed at left-back at Glanford Park. Although that was something he mentioned as a possibility at his unveiling, no one was really expecting to see such a legend of the game jostling for a starting spot with Julian Bennett in an unfashionable position.

Yet that is exactly how it turned out. Even more surprising was the fact that Bennett soon looked like the better option.

Just got a 3-0 beating against scunthorpe, We got schooled but i hope we understood the lesson to be learned. Let's … http://tmi.me/QaRm

Things just didn’t click for poor Edgar in SE25. The death of his father in September saw Davids head back to Holland for a few weeks, which meant he missed clashes with Reading (a 3-0 reverse), Portsmouth (a 4-1 win) and Burnley (a goalless draw).

His return to the side came at Pride Park, but it was an afternoon to forget for the man they called the Pitbull.

Again lining up on the left-hand side of a back four, Davids was torn to shreds by buccaneering Derby Country right-back John Brayford, as the Rams ran out 5-0 winners.

Incidentally, that wasn’t even the worst trip to the East Midlands that season: Palace were even more woeful in a 3-0 defeat by Nottingham Forest in December, a miserable day compounded by snow-induced delays which meant we didn’t arrive home until 1am.

Three days later, Burley finally gave the public what they wanted: Davids was employed in the centre of the park in a 0-0 draw with Cardiff City.

Little of note happened that evening, but the 74-time Netherlands international did enough to keep his place in the engine room for the visit of Queens Park Rangers – and one Shaun Derry – that weekend. 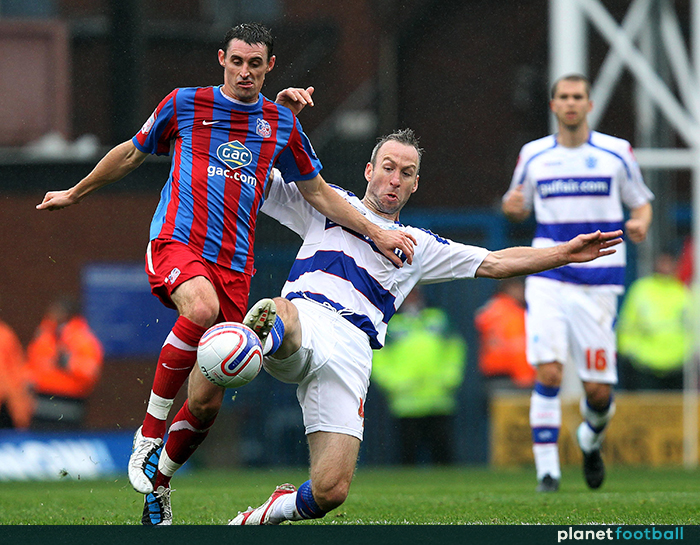 Rangers, managed by our former boss Neil Warnock, were flying high at the top of the Championship, so victory wasn’t to be expected.

Adel Taarabt’s 49th-minute opener still hurt, however, not least because we’d turned in a thoroughly decent performance in the opening period.

Unfortunately for Davids, it was he who was culpable; a dreadful back-pass to Julian Speroni instead found Jamie Mackie, who set up his Moroccan team-mate for an easy finish.

Kieron Cadogan fired home an equaliser in the closing stages to send Selhurst delirious, but our hearts were broken by Heidar Helguson’s last-gasp winner in the third minute of stoppage time. Losing it at the death meant Davids’ error took on even greater significance. 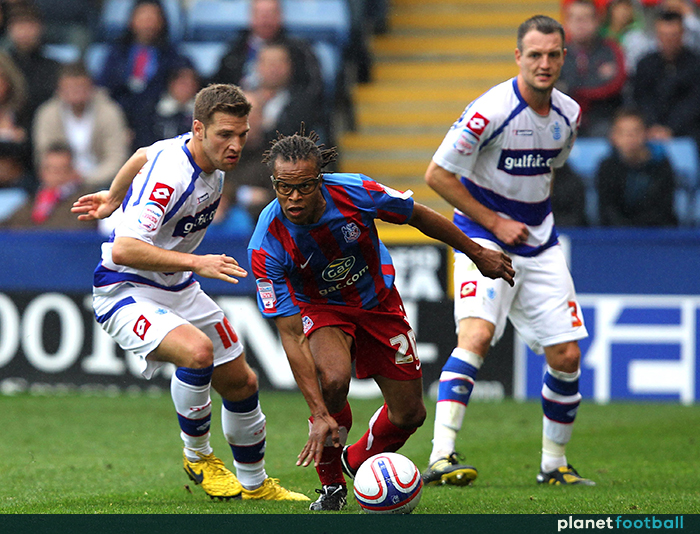 And that was pretty much that for our famous No.20. He played twice more, in a shock 2-1 win at promotion hopefuls Norwich City and an altogether more predictable 3-0 loss to Swansea City, before departing by mutual consent on November 8.

I saw the news while at sixth form and was initially surprised, but the longer I thought about it, the more sense it made.

While Davids was undoubtedly a world-class player in his prime, the Championship is too tough a league to be parachuted into after two years of virtual retirement. We weren’t a good enough team to carry anyone at that stage, and playing at left-back was always going to make things more difficult.

Perhaps of most significance was the adverse effect of his father’s passing – the type of human tragedy that footballers are too often assumed to be immune from.

Regardless of the precise reasons for his failure, there was only one conclusion to be drawn: in the end, Edgar Davids was no Shaun Derry. Football really is a funny old game.