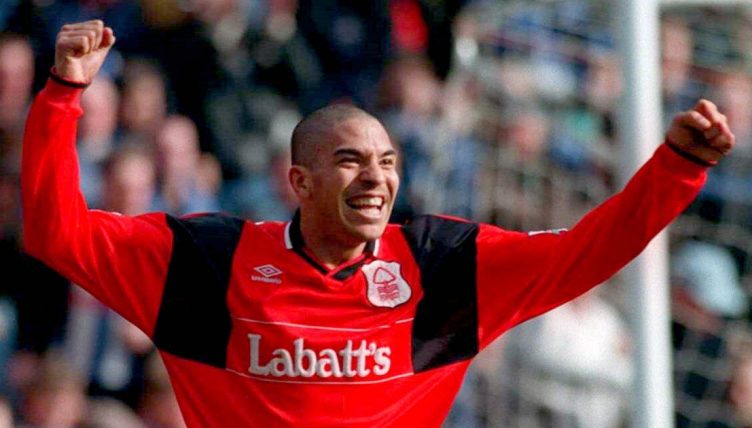 Collymore was a whirlwind footballer, in style and in career. His top-flight career began in 1994 and was over by 2001. He never spent more than three seasons at one club.

But for this small boy obsessed with football and Nottingham Forest, a brief window was all it took.

There were personal problems in Collymore’s life that haunted his career and threatened to break him. He finally spoke out about his depression in 1998 but still played at a time when football, sport even, didn’t want to ask the questions and was unable to give the answers.

At Aston Villa, manager John Gregory would publicly question what Collymore could be depressed about, given that he earned £20,000 a week. It is not just the typical weekly wage for a Premier League striker that has increased over the last two decades but the understanding of mental illness.

With that in mind, it seems almost distasteful that I should have only fond memories of Collymore. Yet that is the lot of a child football fan, transfixed only by the fortunes of his own club. 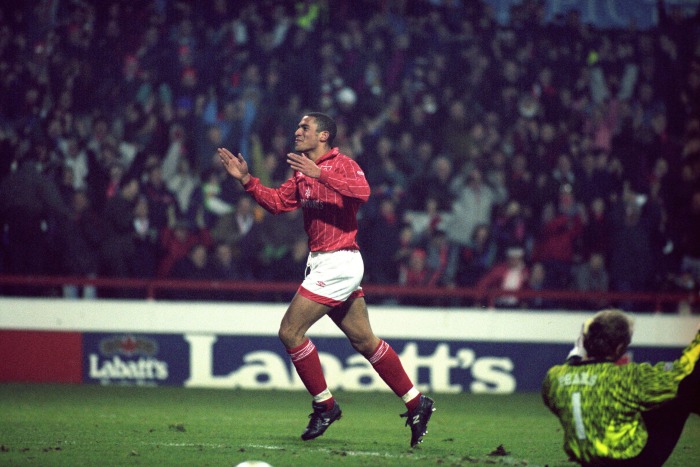 Stan joined Forest when I was seven, at a time when I really needed a striker to love. We all grew up with Stuart Pearce’s magnificence and were enthralled by it, but children do not pretend to be left-backs in the playground. Not this child, anyway.

I had my first season ticket with my mum at the age of five for the 1991-92 season. Teddy Sheringham was our top scorer and was promptly sold to Tottenham.

The following season we were relegated in the inaugural Premier League campaign, a club reliant upon its father figure crushed under the weight of Brian Clough’s decline into alcoholism. Son Nigel was Forest’s top scorer that season, and he was sold too.

Enter Collymore. At that age I had no understanding of lower-league football, but Collymore had scored the goals to keep Southend in the First Division.

Having been sold by Crystal Palace after being unable to shirk Mark Bright and Ian Wright from the first team, Collymore’s was a resurgent reputation. Forest would pay £2million, rising to £2.75million when he received the first of three caps for England. By then, he had departed from the City Ground.

Watching Collymore in a Forest shirt was like nothing that had gone before. Sheringham and Clough were perfectly capable forwards, but both relied on guile over speed. This was like watching football on fast forward.

Collymore would score 25 goals in all competitions as Forest were promoted at the first time of asking.

If there were any doubts about Forest or Collymore’s ability to take to the Premier League, they were soon dismissed. Collymore scored in the club’s first home league game, live on Sky against Manchester United, when he beat Peter Schmeichel from outside the area at his near post with a flashing drive. 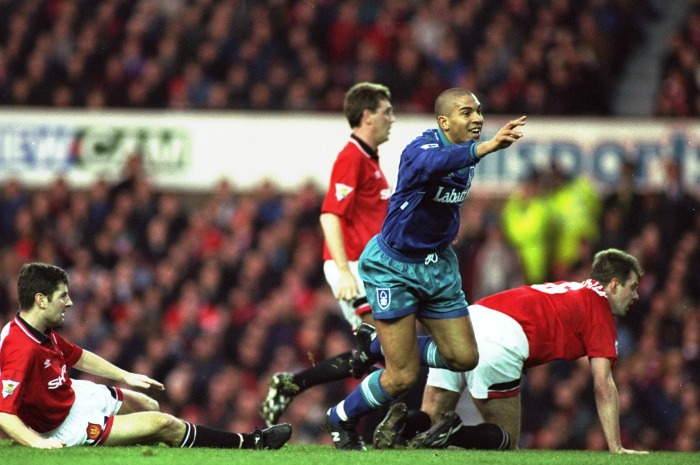 He would score five more times by mid-October, as Forest went until October 29 before suffering league defeat. They would eventually qualify for the UEFA Cup for the first time since the Heysel ban, while Collymore would score 22 league goals.

It was not the quantity of Collymore’s goals that most enthralled the watching child but their quality.

The archetypal Collymore finish is struck hard with the laces into the bottom corner after receiving the ball to feet, turning the defender and bursting towards the penalty area. His speed over the first five yards of a sprint with the ball at feet must have been up there with any player in world football in 1995.

Yet Collymore mostly made goalscoring look unfathomably easy. There was a goal against Wimbledon where he collected the ball, ran past four players and scored past Hans Segers from 25 yards in which it is as if Collymore is playing against a computer on amateur mode.

For one of his goals in a 7-1 victory away at Sheffield Wednesday, Collymore loses control of the ball after rounding Kevin Pressman, yet still has time to retrieve, refocus and beat a defender before lashing the ball into the net.

There is a line used about Paul Gascoigne that he found the game too easy. What made Collymore such a brilliant striker could not be coached nor refined by training; his was a natural phenomena.

As with Gascoigne, that can be incredibly hard for an individual to manage. When you are told to only act on impulse in your professional role, it can be hard to not let that blur into your personal life.

Whether or not that is true of Collymore is conjecture, but by the end of that glorious season he would leave for Liverpool in a British record transfer, having been courted by Manchester United in January and rejected Everton in June. To continue the conjecture, some may remark that move was the beginning of the end of Collymore’s career.

For a 10-year-old in Nottingham, a dream had been destroyed. That season of great promise would be a peak from which Forest would be forever destined to fall, optimistic hopes of reliving European glory days replaced by despondency and despair.

Pierre van Hooijdonk briefly replaced Collymore’s maverick brilliance, but even that was only a passing fancy. Only one player in the 18 years since has even reached 20 league goals.

Matty Fryatt on the isolation of injuries: ‘I never even met Philippe Montanier