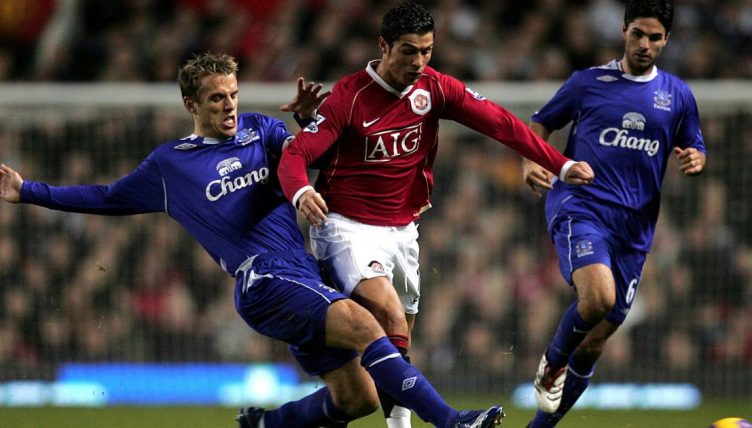 Being accepted in the workplace is one of life’s basic if often unspoken needs, but professional football is a world away from your average office.

Without wishing to downplay the importance of Excel wizards, editing your average spreadsheet isn’t accompanied by thousands booing any mistake that you might make.

But, on the flipside, football supporters are some of the easiest people to please. You don’t even need to be especially good; most fans would settle for demonstrations of effort, passion and commitment to the cause.

Nobody appreciates this quite like Phil Neville. Having spent the first decade of his career at Manchester United, Neville moved to Everton in 2005 and struggled to endear himself to his new club.

“He [David Moyes] made me captain after a month,” Neville told The Guardian in 2013. “If I’m honest, I didn’t want it. I just wanted to bed in and get a few mates. I really didn’t want the captaincy and for 18 months it was really difficult, the most difficult period of my career.

“There was a lot of scepticism from the other players. I was close to the boss and I can understand if they were suspicious of me. They had just finished fourth, they had qualified for the Champions League.

“They had some brilliant characters in that team – [Alan] Stubbs, [Lee] Carsley, [Thomas] Gravesen, [Alessandro] Pistone and many others – and the boss had put all that faith in me.

“I was replacing a great guy in David Weir, and he was brilliant, but it did take the others longer to accept me. The fans too, maybe. I had nailed my flag to the mast.

“Everyone knew I was a United fan. Liverpool’s supporters used to sing: ‘Your captain’s a Manc.’ Gary’s relationship with Liverpool didn’t help either.” 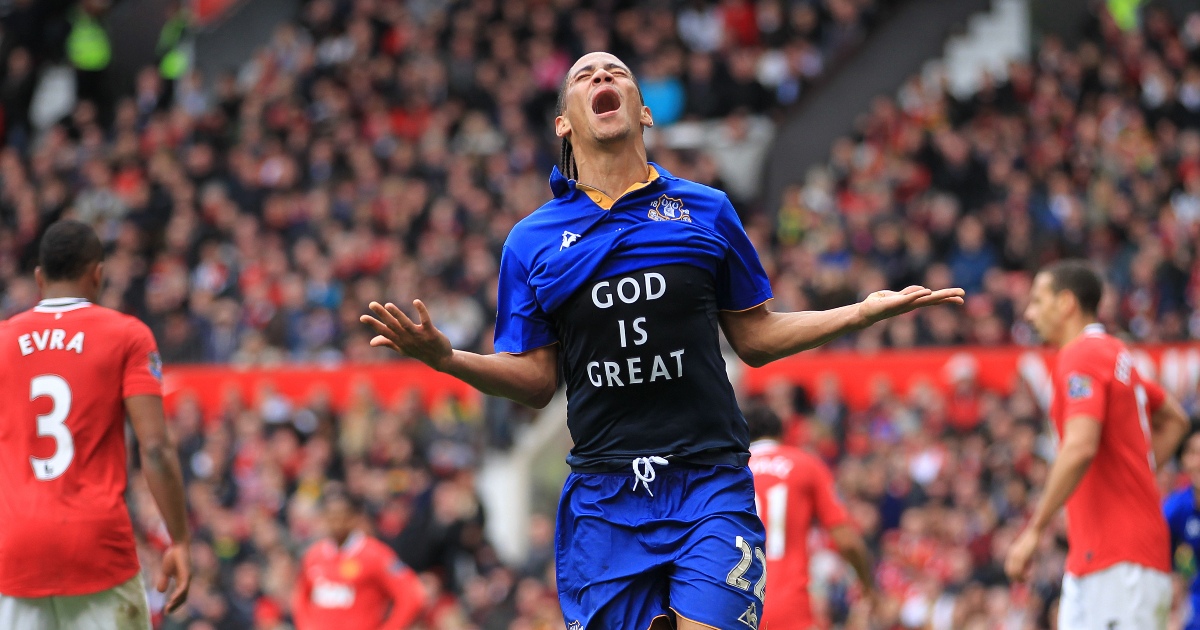 Neville wouldn’t win over the Goodison crowd until a drizzly day in October 2008. Trailing 1-0 to United, the Everton captain spied Cristiano Ronaldo off-balance on the ball and scented an opportunity.

“Do you know when you get them moments and you think, ‘I’ve got you here, I can go through you and win the ball!’?” Neville said on the UTD podcast. “And I thought wow, it was like having a tap-in!”

Feeling emboldened, Neville steamed into Ronaldo with the recklessness of a runaway locomotive. It was the kind of challenge that’d have made Benjamin Massing wince and would probably carry a prison sentence in 2022.

But, as a scrum of United players jockeyed their former team-mate, Neville had succeeded in showing his commitment to the Everton cause. Goodison roared its approval and took Neville into their hearts in an instant.

Apparently it's Phil Neville's birthday today. Here he is sticking one on Ronaldo. pic.twitter.com/SQirtECkzy

“The kit-man at Everton, Jimmy Martin, always says ‘part of the gang.’ To be fair, he said it since day one but I never felt it until that tackle. I was one of them.

“And by the way, I didn’t do it on purpose. But I still had Giggsy, Rio [Ferdinand], Fletch [Darren Fletcher], all in my face.

“It was funny because, after the game, Giggsy said, ‘I would have done the same thing.’ And I said to Giggsy, ‘I would have chased you down as well if you’d have tackled one of our players like that.’ It was just one of those things.

“Ronaldo was absolutely brilliant. He obviously rolled around, but the ball went up the other end. I was playing right-back and he was left-wing and he just high-fived and winked at me and said, ‘Great tackle, I’d have done the same thing.’

“It was great and Ronaldo was brilliant.”

With Goodison suitably pumped and baying for blood, Neville and Everton fought back to snaffle a 1-1 draw against the league and European champions. They end the season in fifth and reached the FA Cup final, where they lost 2-1 to Chelsea.

Neville went on to make a total of 303 appearances for the Toffees, not far short of his tally for United, and has frequently signposted that tackle on Ronaldo as the moment he was accepted as a Blue.

“They always said I was a Manc,” Neville told the UTD Podcast. “The day I tackled Ronaldo, I did a really bad tackle on Ronaldo, was the day they changed their opinion on me because I went against the club they thought I loved.

Job done. And all it cost Neville was a yellow card.