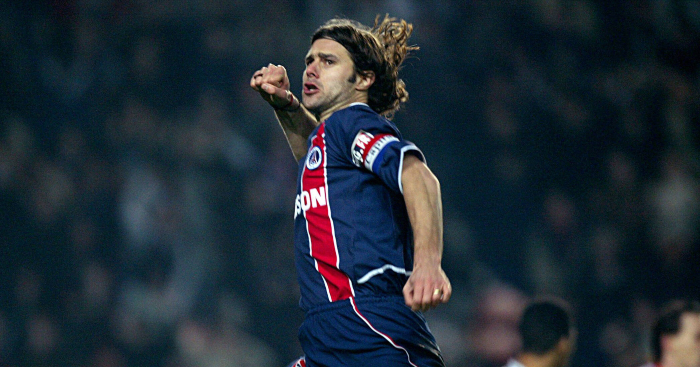 After 13 months away from football, locked up in his Cockfosters mansion, Mauricio Pochettino has returned to the fold to take charge of Paris Saint-Germain. Do call it a comeback, for it is – and in more ways than one.

As well as going back into management, taking on a superstar team and one hell of a task, the former Tottenham boss is returning to a club that he once played for in the early part of this century, when his locks flowed and his waistline was a little slimmer.

It was long before the arrival of Qatari oil money and the successes that have come with it, when PSG were, if not exactly a laughing stock, certainly not a model of institutional stability.

After their formation in 1970, they had had periods of success – in the mid-80s and mid-90s; most notably winning the 1996 Cup Winners’ Cup with Rai in midfield – but had also had their fair share of downs, almost going bankrupt in 1990.

By the time Poch arrived from Espanyol in January 2001, they were in the midst of another relatively fallow spell, having not lifted a trophy since the Coupe de France in 1998.

Still, there was enough glamour, ego and magnificent hair swanning around the place to be worthy of the city in which the club plays.

Pochettino, a battle-hardened centre-half – known in Spain as the ‘Sheriff of Murphy’ for his no-nonsense approach – joined up with Laurent Robert, Nicolas Anelka, Vampeta and Jay-Jay Okocha, as well as whippersnappers Mikel Arteta and Sylvain Distin.

In the Spanish press, it was rumoured that PSG were merely a stepping stone for the Argentinian on his way to AC Milan, then the most powerful club in the world. But that was not the case – Poch ultimately stayed in Paris for two and a half seasons, playing almost 100 games.

PSG were still in the Champions League when he arrived and about to take on Milan, Deportivo La Coruna and Galatasaray in the second group stage. But the rest of the season would not go as planned. After a defeat in February, an article in Le Monde exclaimed: “It’s like banging your head against the wall. So, what will it take to revive Paris Saint-Germain?”

In Ligue 1, they would finish a miserable ninth, wedged unbecomingly between Guingamp and Bastia. And despite two draws with Milan, they lost twice to Super Depor and once to Galatasaray to finish bottom of the group, continuing their poor record in the Champions League. 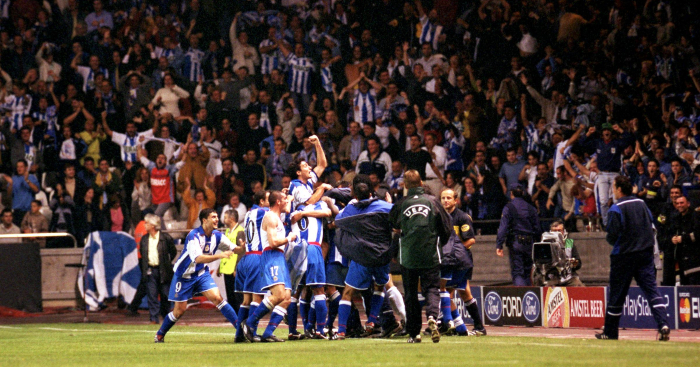 READ: ‘Super Depor’ to derby defeats in Segunda B: The rise & fall of Deportivo

Still, hope was to come. Later in the year, PSG paid €5million in a relatively unknown, buck-toothed waif from southern Brazil. He turned out to be pretty good.

With Ronaldinho on board, PSG won the much-missed Intertoto Cup – if winning a competition with three winners can be considered winning at all – and got on a little better in the next campaign.

They were knocked out of the UEFA Cup to Rangers on penalties, Pochettino missing his, but finished a more respectable fifth in Ligue 1. Even if no trophies came, with Okocha on one wing, the floppy-haired Brazilian on the other and Nicolas Anelka up top, the PSG faithful could not complain of boredom.

As Pochettino recently told Sky Sports: “When we played at Paris Saint-Germain, [Ronaldinho] had a similar charisma [to Diego Maradona]. What an amazing player, with the talent, but the talent was complete because of the charisma.”

It was also during his spell in Paris that Pochettino became a mainstay in the Argentina national team, where he was reunited with his mentor and boss from his Newell’s Old Boys days, Marcelo Bielsa.

In the summer of 2002, Pochettino started for the Albiceleste at the World Cup. But the experience was not a happy one, and when he got back to his club the bad luck continued.

PSG finished 11th the 2002-03 Ligue 1 season and went out of Europe to Boasvista, starting a period of decline. That summer, the Argentinian defender moved to Bordeaux, where he stayed briefly before returning to Espanyol to finish his career.

Pochettino departed Beau Paris without much to show for his efforts, but his affection for the Rouges et Bleus is not dimmed by a lack of silverware.

“This club has always held a special place in my heart,” he said upon his presentation as coach. “I have wonderful memories, especially of the unique atmosphere of the Parc des Princes.

“I return to the club today with a lot of ambition and humility, and am eager to work with some of the world’s most talented players.”

He will have to call upon all of his many attributes as a coach and all the lessons he learned playing alongside the likes of Ronaldinho and Anelka if he is to take the likes of Neymar and Mbappe and inculcate them in his hard-pressing, high-octane style.

But regardless of the difficulty of the task ahead, PSG fans will surely be glad to see their old stalwart back at the Parc des Princes.