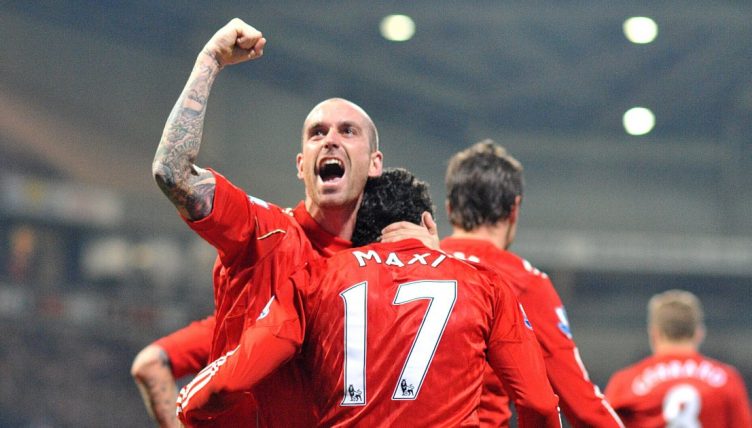 When Raul Meireles re-entered the public consciousness at the start of 2019, it was entirely befitting of the man that it was thanks to his bizarre appearance on the reality TV show Lip Sync Portugal.

Meireles has always done things in his own way. And so, when he appeared on Portuguese TV to dance along to Antonio Variacoes’ song ‘O corpo e que paga’ looking like Johnny Depp’s understudy, it wasn’t actually that much of a surprise to discover his life now seemed to resemble an unused plotline from Grand Theft Auto V.

Indeed, his playing career often reflected the general weirdness of his persona – not least during Liverpool’s 2010-11 campaign.

Liverpool were a confusing club at that time, so Meireles in many ways was right at home.

In the previous season, Rafa Benitez had taken the Reds from title challengers to seventh place having been shorn of the majestic boot of Xabi Alonso. Benitez was shown the door, and the club turned their attention to the in-vogue English manager at the time, who had just taken Fulham on a miraculous journey to the Europa League final: Roy Hodgson.

With Hodgson at the helm, Liverpool embarked on a summer in which they signed such luminary names as Milan Jovanovic, Christian Poulson and Paul Konchesky.

Javier Mascherano understandably found the advances of Barcelona difficult to reject as a result, and Meireles was signed as his replacement in a £10.7million.

You ever wake up on a Monday morning and think to yourself: "I wonder what former Chelsea and Liverpool midfielder Raul Meireles is up to these days?

The then-27-year-old had impressed for Portugal at the summer’s World Cup but made a slow start to life at Anfield as Liverpool began the season appearing to suffer from a nervous breakdown while Hodgson – to use a technical term – well and truly fucked it.

Meireles seemed to be heading the same way as Alberto Aquilani, appearing 20 times in all competitions up to that point, providing just a solitary assist in those outings. Being utilised on the right side of midfield was hardly helping his cause.

Hodgson insisted he could see signs of improvement in his new signing in December: “With Raul Meireles it was always just a question of time. He came from a different league, but I never doubted his quality as a player.”

Exactly a month later, Hodgson was replaced in the dugout by Kenny Dalglish, which acted as an on switch as the entire squad upped their game, most notably Meireles.

Dalglish’s second spell in charge of the Reds started with the ignominy of defeat at Blackpool, meaning the visit of Everton four days later for the Merseyside derby was all set up to make or break Liverpool’s season.

Meireles stood up to be counted, opening the scoring by thundering the ball past Tim Howard as Liverpool stopped the rot by battling to a 2-2 draw.

For the next month, Meireles could not stop scoring. A 3-0 victory at Wolves provided the first three points with Dalglish back at the helm, and it was the Portuguese who put the game to bed with a stunning volley to double the visitors’ lead in the 50th minute.

With a new-found focus, even the shock sale of Fernando Torres to Chelsea couldn’t disrupt Liverpool now, and Meireles kept finding the back of the net.

After victory over Fulham, the midfielder struck in three consecutive games as the Reds beat Stoke and Chelsea – in Torres’ debut for his new club – and drew with Wigan, extending their unbeaten run to six league games, which proved to be their best series of results all season.

The surge in form saw Meireles awarded the PFA Fans’ Player of the Month award for February and drew praise from Dalglish.

“He’s intelligent and very good technically; he puts in a pile of running too,” Dalglish said. “He’s getting on the scoresheet so often because he’s playing a bit further forward. Those goals are a huge bonus for us.”

But then it all gradually petered out. Liverpool’s form was good enough until the end of the season to secure sixth spot, finishing one place ahead of their Merseyside rivals Everton, but they suffered a disappointing defeat in the Europa League to Braga, making 2010-11 a campaign to forget.

The goals once again dried up for Meireles, who failed to score after the 1-1 draw with Wigan on February 12.

Yet come the end of the season, Meireles somehow found himself named the PFA Fans’ Player of the Year. Not just for Liverpool, but for the whole Premier League. 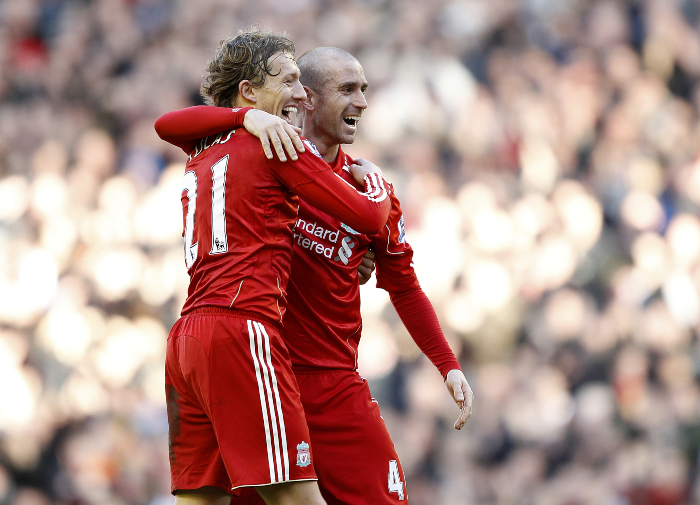 Sure, he had improved, but did five goals in 33 appearances really enough to warrant such a prize? He wasn’t even Liverpool’s best midfielder that season, with Lucas Leiva winning the club’s Player of the Year award.

If it feels like a glitch in the Matrix, the format of the award explains why it became possible. Supporters were only able to vote for players to have picked up the Player of the Month throughout the season.

One of his competitors came in the shape of Torres, who was never going to win after becoming a punchline following his move to Chelsea, while David Luiz made an equally unfashionable choice. Dimitar Berbatov, who shared the Golden Boot with Carlos Tevez and won the title with Manchester United, and three-time Player of the Month Samir Nasri, could probably feel slightly aggrieved.

And with that, Meireles was gone; sold to Chelsea in the summer amid accusations of broken promises and reports he was due a 100% pay rise on Merseyside.

To this day, if you look through the list of PFA Fans’ Player of the Year winners – featuring the likes of Steven Gerrard, Thierry Henry and Eden Hazard – Meireles’ name still stands out like a sore thumb.

Judging by his life since leaving Liverpool, you suspect that’s exactly how he likes it.

READ NEXT: Where are they now? Roy Hodgson’s eight signings as Liverpool manager