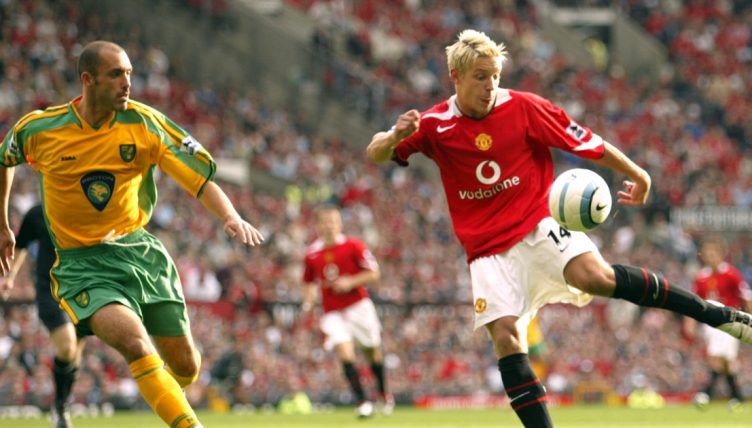 In an interview with Soccer AM in 2002, the rising star of Leeds United was asked an array of questions, but the answer to one of them has become notorious in west Yorkshire: “Is there a team you’d never play for?”

“Yeah, Man United,” the player in question uttered with a playful smirk etched across his face.

Alan Smith was adored by the Leeds faithful. With hair like a bearded collie and an attitude to make Marshall Mathers blush, Smith’s full-bodied commitment to the cause made him a hero at Elland Road.

As the club entered financial meltdown, Smith blossomed into one of the league’s most exciting strikers and usually ended up carrying his underperforming team-mates on his shoulders.

But, two years after his Soccer AM interview, Smith would make the move across the Pennines to Manchester United in a transfer soundtracked by thousands of Yorkshiremen gnashing their teeth.

“There had been talk about me singing in January and I spoke to Sir Alex Ferguson about it,” Smith explained, speaking to the UTD podcast in 2020. “But I couldn’t sign in January because I wanted to keep Leeds up.”

“I don’t want to make any excuse for signing for Manchester United because it was a football-based decision. From the club’s [Leeds] point of view, it was financial.

“I’d be doing myself a disservice if I didn’t sign for, arguably at that time, the biggest club in the world.” The £7million fee did nothing to pacify the Leeds fans, who quickly labelled their former hero ‘Judas’.

Not that United fans welcomed Smith with open arms either – a poll was set up that enquired ‘How much is too much for Alan Smith?’, with 38% saying £1 would be too much for the Leeds talisman.

But Sir Alex Ferguson was effusive about his new signing. “I have never been more impressed with a young player, his desire to play for Manchester United is fantastic,” he said.

“Certain young people come along with a special determination, and after speaking to him I expect that from Alan Smith. That desire will take him a long way.”

With the public backing of his manager, Smith set about proving his doubters wrong.

Making his first start in the Community Shield against Arsenal, the 23-year-old lashed home United’s equaliser with a fine volley from 20 yards following an awkward ricochet. 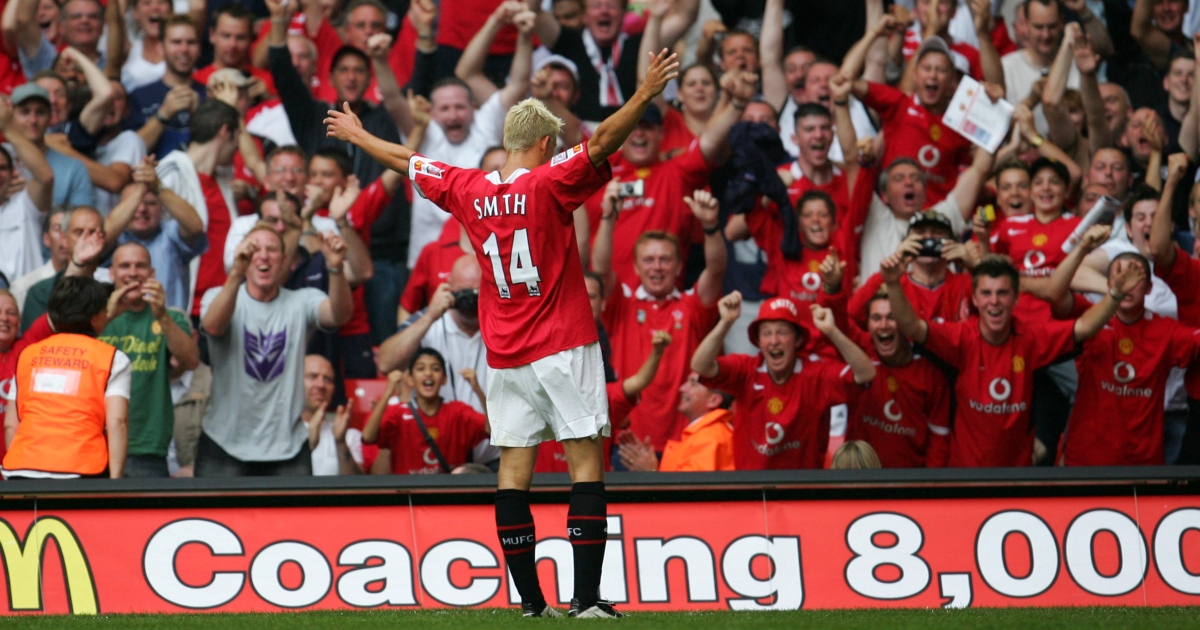 And, with his first goal wearing red already under his belt, Smith was full of confidence before the visit of Norwich City in August 2004.

The England striker had a hand in United’s opener, heading a Ryan Giggs cross into the path of club legend David Bellion to score from close-range.

But Smith would mark his Old Trafford debut with a goal that, in the words of Guardian journalist Daniel Taylor, “drew inevitable comparisons with vintage Mark Hughes.”

Gary Neville launched a long diagonal  punt forwards that Giggs did well to head back across the penalty area. Smith was on hand to meet the descending orb but nobody quite foresaw what would happen next.

Using his chest like a miniature trampoline, Smith bounced the ball upwards before swivelling and flashing a left-footed volley beyond a helpless Rob Green.

The attempt was audacious and the execution was excellent, but the most aesthetically pleasing nature of Smith’s goal was the ball bouncing off the upright and nestling in the net.

It was a moment that, as Taylor noted, must have left the new signing feeling “as though the blood in his veins had been converted to red wine.”

Alan Smith's chest and volley vs Norwich, on this day in 2004.

Smith never quite had the expected impact at Old Trafford. Two weeks later, Ferguson signed Wayne Rooney and it was he and Cristiano Ronaldo that would become the bedrock of United’s next great side.

The bleached-blond Yorkshireman managed 10 goals in his debut season at the club, but a horrific leg break during an FA Cup tie at Liverpool in 2006 left him on the sidelines for a year.

“It was strange really, your body just goes into shock, you’re not really thinking about the future,” Smith said last year when describing the injury.

“My biggest concern was I thought I was going to lose my foot.

“It was all a blur. I was in the ambulance going to the hospital, and the doctor said to our club doctor we need to get blood flow to his foot. I thought I could have gone from being a professional footballer one day to having no foot the next.”

He recovered to score during that 7-1 win over Roma but it was hardly surprising that Smith was a different player post-injury. He left for Newcastle in 2007 before winding down his career in the lower leagues.

But we’ll always have Norwich, his spectacular volley and a snippet of what might have been.