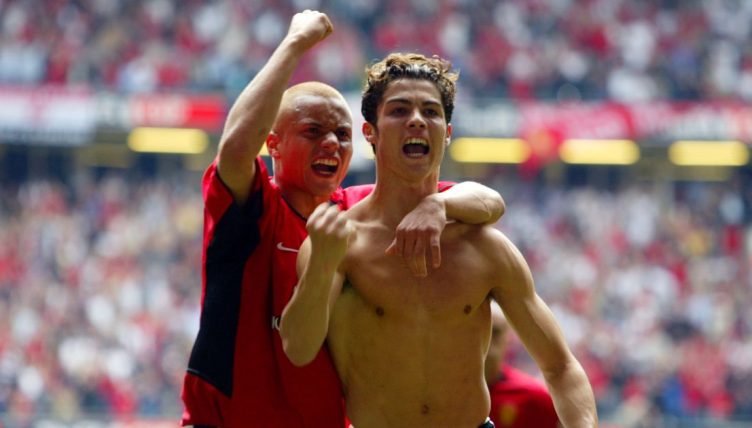 Throughout his playing career, Manchester United’s Cristiano Ronaldo has been obsessed with one thing and one thing only: winning.

Ronaldo has picked up a plethora of individual awards and also possesses a medal collection that would even make Michael Phelps jealous.

He particularly enjoys major finals, winning 24 of the 33 he has appeared in with club and country. But, as everyone knows, there’s something special about your first.

During his time at Sporting Lisbon, Ronaldo just missed out on their 2001-02 title-winning campaign and was then an unused substitute for their Portuguese Super Cup victory in August 2002.

He had just one senior season with Sporting’s first-team under his belt before heading to Old Trafford after embarrassing a jetlagged John O’Shea in that pre-season friendly in August 2003.

But Ronaldo had joined a United side that were in a transitional period following three successive title wins between 1999 and 2002. There were veterans such as Paul Scholes, Roy Keane and Ryan Giggs alongside a raft of younger players like Darren Fletcher, Wes Brown and John O’Shea.

The winger made his United debut against Bolton and immediately showcased an array of tricks, flicks and step-overs that would go on to become his trademark.

“When he came to Manchester United, he was a show pony,” Rio Ferdinand later recalled. “He wanted to do skills, he wanted to show people how good he was and take people on, take the mickey out of full-backs.” 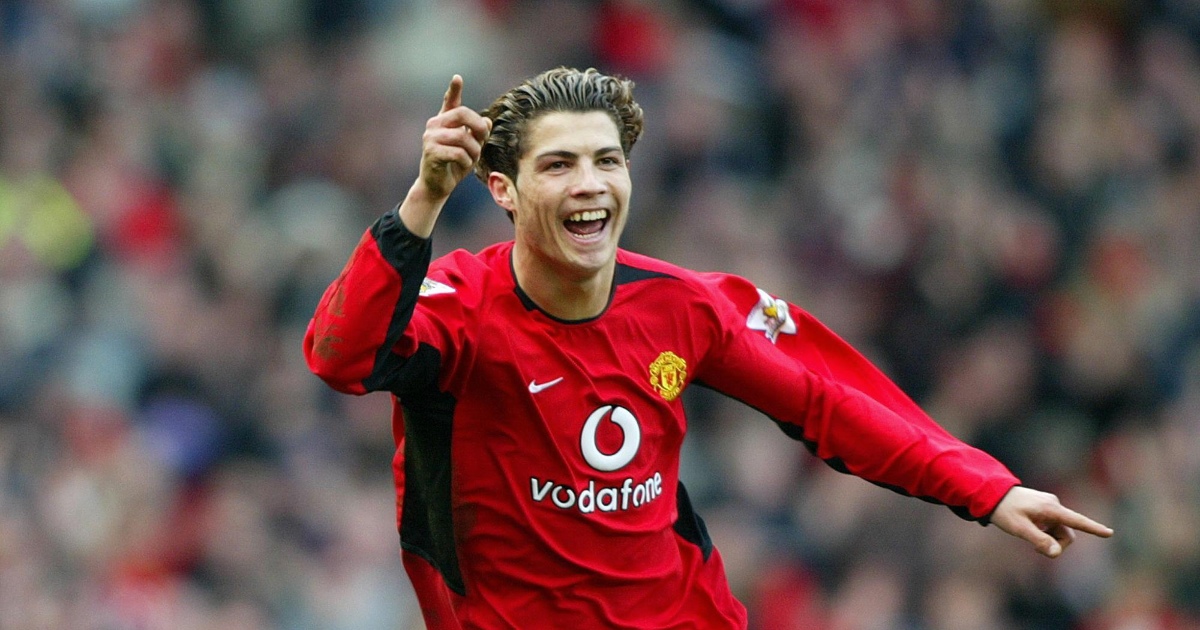 For all his impressive skills, he reportedly frustrated his team-mates due to a lack of end product and registered just four goals in 29 Premier League appearances in his debut season.

United had also endured a disappointing campaign, finishing third in the Premier League and a massive 15 points behind Arsenal’s Invincibles. But the FA Cup represented a golden opportunity for Ferguson’s side to avoid ending the season empty-handed.

They had beaten the Gunners in the semi-final and would then face plucky underdogs Millwall, who had shocked everyone by reaching the Millennium Stadium showpiece.

Led by player-manager Dennis Wise, Millwall embraced the magic of the FA Cup and were hoping for a giant killing that would rival Wimbledon’s iconic win over Liverpool in 1988.

Unsurprisingly, United were overwhelming favourites against the 10th-placed team in the second tier but Sir Alex Ferguson and his players weren’t going to allow complacency to creep into their game.

Ronaldo, who was wearing golden boots for the occasion, didn’t care about who the opponents were. The born entertainer was just determined to put on a show for the thousands in attendance and the millions watching around the country.

The Portugal international started on the right wing and came up against Robbie Ryan, who had cost Millwall just £10,000 and would bear the brunt of the forward’s repertoire of skills.

Ronaldo made his intentions clear in the opening stages and sent Ryan for a hotdog with a delightful drag-back. He then produced a cheeky rabona cross and the ball broke to Paul Scholes, who completely mistimed his effort.

“Ronaldo did me once, when he got to the byline, I slid in and he dragged it back,” Ryan told the Independent in November 2012. “He crossed with his right foot behind his left to chip it back into the area.

“I was coaching the Millwall kids and one of them said, ‘I’ve seen you on YouTube, being done by Ronaldo!’ He got better every year. I wouldn’t like to play him now. He could go inside, outside, very strong. I wish he had played on the other wing.”

The gulf in class was evident and Ronaldo continued to turn the full-back inside and out at every opportunity, showing a lack of remorse for a player who was clearly on the ropes.

But Ronaldo also picked on Ryan’s team-mates, evading Tim Cahill with a Maradona turn in the middle of the park before being fouled by two frustrated Millwall players.

Despite playing in the final of the oldest domestic cup competition in world football, the teenager was treating it like a kickabout with his friends in Madeira.

Ronaldo had managed to entertain the fans, but he also started to silence his critics during that final, proving that there was actually substance to go with the style.

He had an effort cleared off the line by Darren Ward and then broke Millwall’s resistance on the stroke of half-time. With the score still 0-0, Ronaldo showed great movement in the box and headed home Gary Neville’s cross to establish a half-time lead for his side.

United were then in complete control after the break and Ruud van Nistelrooy doubled their lead from the penalty spot after David Livermore had brought down Giggs.

Ronaldo refused to rest on his laurels and tormented the Millwall back four, who were completely mesmerised by his incredible dribbling.

Ryan was spared further embarrassment in the 75th minute, happily taking his place on the bench after being replaced by Barry Cogan.

“It was a relief to come off,” Ryan said after the game. “It’s not like [David] Beckham where you know he’s going to try to get that yard and whip in the cross. This guy is so quick and you just don’t know what he’s going to do next. He’s got so many tricks.”

Finally, Van Nistelrooy tapped home a Giggs cross in the 81st minute and United had their 11th FA Cup in the bag. United’s No.7 had also done his job and received a standing ovation after being replaced by Ole Gunnar Solskjaer moments later.

Despite Ronaldo clearly being the final’s outstanding player, Sven-Goran Eriksson surprisingly named Van Nistelrooy as the official Man of the Match.

“Everyone’s got their ideas about what his potential is but we’ve seen potential in that player better than anything in Europe,” Ferguson said when asked about Ronaldo after the game. “What we have to do is to realise that potential.

“It took him time to get used to British football but with every passing week he’s got better and better and to my mind, he was the Man of the Match.”

Ronaldo may not have got the individual award that his performance at the Millennium Stadium deserved, but he still lifted his first piece of silverware with United.

After showing glimpses of his talent during that debut campaign, he truly made his mark on English football with the FA Cup final – but it was just a sign of things to come.